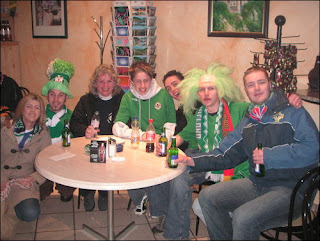 Vaduz is the capital city of Liechtenstein. A small little enclave sandwiched in between Austria, Switzerland and Germany (which it doesn’t actually border, though shares a language and much history with). I visited it in Winter 2007 for a day as part of my football trip to watch Liechtenstein v. Northern Ireland. A Prince lives in the Vaduz Schloss overlooking this city, which is peaceful and in the middle of mountains. Sadly I was not there for very long to experience the culture and people, as I was with about 3,000 Northern Ireland football fans who drank all day in the square and enjoyed a 4-1 victory on the pitch that evening. That way the only locals I met were in the shops and bars, and they were some of the most quiet, yet friendly people around.

Vaduz has a strangely lively tourist industry (which has increased lately), despite being one of the very few capital cities in the world without an airport or railway station. The closest railway station is that of Sargans, a Swiss town roughly 7 km from Vaduz’s centre. To get there however, we took a bus from Zurich in Switzerland straight to Vaduz. The bus journey took us through amazing snow-covered countryside and lasted about 2.5 hours. Some people visit places like Liechtenstein as part of ski-ing holidays, I was more of a random tourist having a wee look at a gorgeous ‘enclave’. 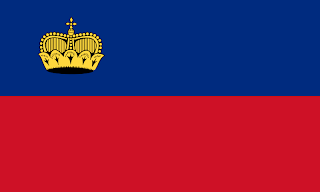 The people in Vaduz were very welcoming and the young girls wanted photos at every opportunity with us, who as tourists were all dressed in green and up for a party. It seemed like we had made an impression on the locals, almost doubling the population of the city for the day.

Liechtenstein and Northern Ireland share the same national anthem music, a German tune, to which the British added the words of ‘God Save The Queen’. They use Swiss Francs in Liechtenstein and it is one of the rare places where you can get your passport stamped for a price in the local post office. Sadly I was there on a Saturday and didn’t enjoy this privilege. The towns shops and bars made a lot of money on alcohol and food for the day. I bought some local beers and pizza in the town square. We won the match 4-1 and had a great day trip, before heading back to Zurich where we stayed in a hostel. 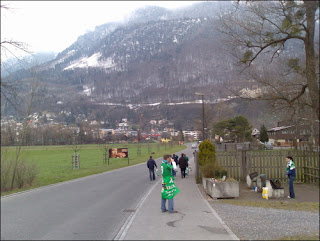 I definitely would recommend Liechtenstein as a place to visit. It’s gorgeous and very quiet. The world almost stops as you stare up at an Alp-pierced sky. The snow in Winter adds to the beauty, as does the fact it’s not part of the EU and is a self-sufficient little state. 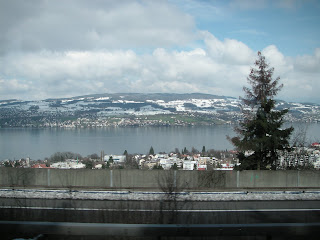 A song I learnt at school was called “Everybody Frankenstein” so I adapted the words for the trip, amusing locals with idiocy. On with the show…

Where I Stayed – Backpackers Hostel, Zurich.

Moving moment – Stopping to ponder how quiet this little world is when in Vaduz.

FACT – The Liechtenstein dynasty, from which the principality takes its name (rather than vice-versa), comes from Castle Liechtenstein in faraway Lower Austria, which the family possessed from at least 1140 to the thirteenth century, and from 1807 onward. Through the centuries, the dynasty acquired vast swathes of land, predominantly in Moravia, Lower Austria, Silesia, and Styria, though in all cases, these territories were held in fief under other more senior feudal lords, particularly under various lines of the Habsburg family, to whom several Liechtenstein princes served as close advisors. Thus, and without any territory held directly under the Imperial throne, the Liechtenstein dynasty was unable to meet a primary requirement to qualify for a seat in the Imperial diet, the Reichstag.

2 thoughts on “Everybody Liechtenstein, What’s That You Say?”