In different cultures across the globe, death is commemorated in different ways. All nationalities show respect and reverence for their dead, but it’s often done with lots of solemnity. 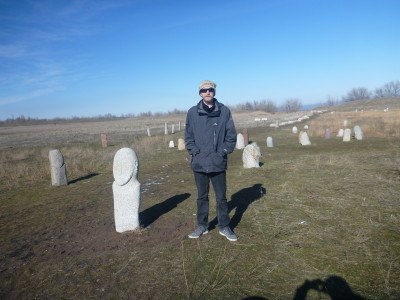 Festivals around the world that celebrate the dead

Some cultures manage to revere the dead but also make that process a celebration in a carnival-like atmosphere. Around the world there are many special festivals to honour and remember the dead within different communities. If you’re interested in witnessing one of these occasions first-hand, you may be interested in travelling to one of the destinations below.

The Day of the Dead festival in Mexico takes place every 31 October to 2 November and is particularly popular in central and southern Mexico. The Dia de los Muertos gives people an opportunity to celebrate those friends and family members who have passed away. Alters and cemeteries are decorated and different customs take place. Traditions include telling stories about the deceased, visiting and cleaning graves, making food for the deceased and placing it on their graves and making or buying sugar skulls.

The tradition began as indigenous Mexican beliefs suggested that the soul is eternal and can move between the afterlife and this world at will. People believe that the dead return to this world during the festival to receive gifts from their relatives and friends. It’s a celebration and seen as a chance to contact the dead, so not a mournful time but one that is full of music and dancing.

The Mexican Day of the Dead was brought to international attention last year when it featured in the opening scenes of the Bond film Spectre.

In Japan, on 15 August, Obon (or simply Bon) Festival takes place. This has been a tradition in Japan for more than 500 years and it’s when Buddhists honour and remember their dead ancestors. The Festival of Souls last for three days and is a time of rejoicing. The events have a party-like feeling to them, with fireworks, feasts, games and dancing taking place.

The origin of the Bon festival centres on a legend of a man who had asked for Buddha’s help because –  when he was meditating – he had seen an image of his dead mother trapped in the realm of Hungry Ghosts. In order for his mother to be freed from this state of limbo, Buddha told the man to pay homage to the monks. When the man did so, his mother’s spirit was released, and the man danced to celebrate.

In Nepal, there’s an eight day festival called Gaijatra during August and September to celebrate the dead. Gaijatra stands for ‘the Festival of the Cows’ and part of the event is a procession of cows through a town or village centre. The procession is led by those people who have experienced a death in the family during the previous year.

The cows are significant as they are considered to be holy creatures in the Hindu faith and Hindus believe that cows can help those who have passed away recently to travel to the afterlife. The purpose behind Gaijatra is to celebrate death rather than fear it, and to help everyone accept that death is a reality that cannot be avoided.

For anyone who has not grown up in a culture where celebrations and festivals for the dead take place in this way, it can be an uplifting experience and certainly one that will give you some great memories of a trip.