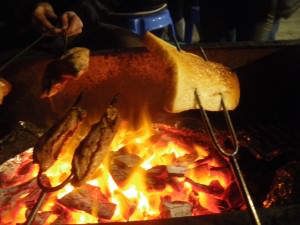 Today on Friday’s Featured Food it’s all about a Chinese style Winter Barbecue in Hong Kong. I’ve tried this a few times, the first time was a cold winter night at Tseung Kwan O, Hong Kong. My girlfriend’s family booked a table and invited me along. I’ll talk about that night now. This isn’t quite the same as barbecues I had as a child in Northern Ireland…not by a long shot. 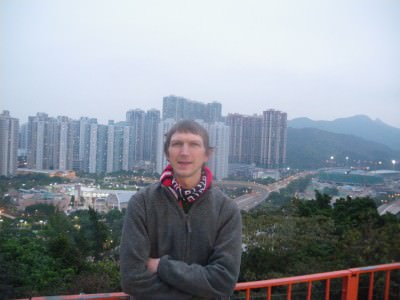 Arrival at Lion’s Lodge for the Winter Barbecue in Tseung Kwan O. Amazing views as ever in Hong Kong.

So it was a cold night as we headed over to Tseung Kwan O which is in the east side of Kowloon. Although Tseung Kwan O is served by Hong Kong’s MTR system, a mini-bus or your own transport is required to make it to the Lion’s Lodge Barbecue Spot. 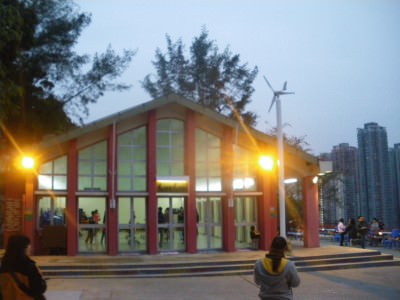 On arrival at Lion’s Lodge Barbecue we are given our table – it is allocated and booked. You get a barbecue in front of your table to share as a standard. 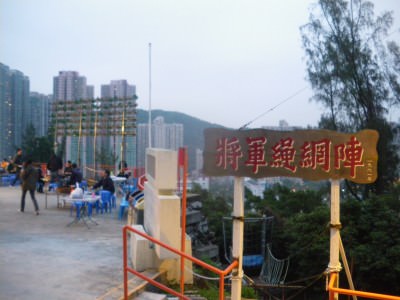 I was the only foreigner there. It’s not really for foreigners or tourists – it’s a local thing. I’d personally call this an “authentic Hong Kong travel experience” but will no doubt get slated by those wannabe and arrogant travel bloggers that seem to think that “all travel experiences are authentic”. Somehow having a McDonalds instead of a Winter Barbecue in Tseung Kwan O isn’t the same and anyone that honestly thinks they are, is deluded. I’ll leave that to you to decide 😉 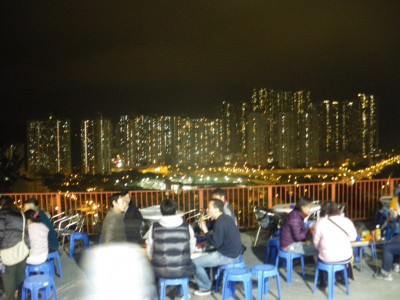 We arrive in Tseung Kwan O in daylight – the sun has sank over Hong Kong island leaving the shadows of real life skyscrapers of Hong Kong to rest their weary souls for another day of over hyped business work. While I do love the Kong, I disagree of the work mentality of most of its residents – the idea that over working and leaving work at 8pm instead of 6pm makes you super cool. No it doesn’t – do yourselves a favour and clock out on time Kongers. 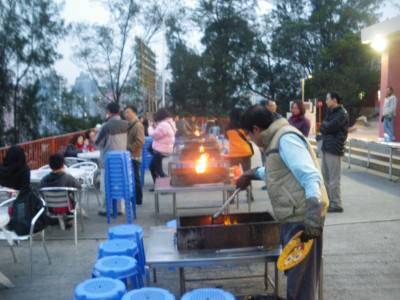 So we go up to the food tables to get our food for the first round. It’s an “all you can eat” style, except an “all you can barbecue”. You go up and get your food, raw and return to your table and barbecue to cook it. Fairly straight forward. 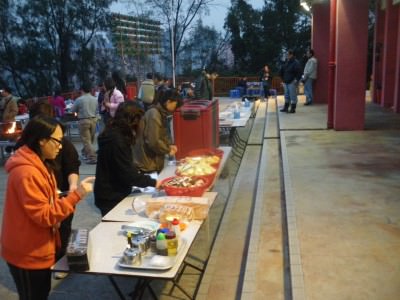 Choosing the food means delving into the variety of barbecue products that Hong Kongers feel best suit a Winter Barbecue. Expect chicken wings and thighs, lots of fish, some very fatty bits of beef, hot dogs, bread, potatoes, vegetables, squid. The range varies depending on where you go. I’ve been to a few of these Winter Barbecues and these items were included at all of them. 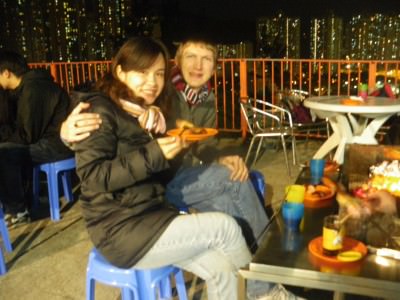 Panny and I loving our winter barbecue in Tseung Kwan O.

What is a Hong Kong Winter barbecue?

Basically it’s a big get together of lots of people to have barbecues together. Each group will book one table and eat, drink and chat. It’s everything you’d expect. It’s sociable, it keeps you warm in Winter and it involves a lot of food. 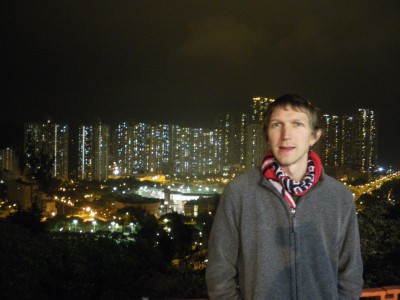 Admiring the view over dinner.

Does it really get cold in Hong Kong?

OK, not really! It never goes below zero degrees, and rarely even below 6 or 7 but Hong Kongers feel the cold a lot worse than other nationalities. But I did wear a scarf and a jacket that night – it was late February. 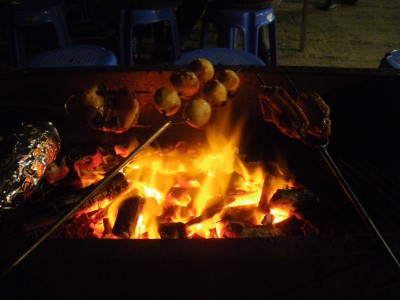 What else can you do at a Hong Kong Winter Barbecue?

You can play some sport and games. I played table tennis and attempted to understand Chinese checkers! 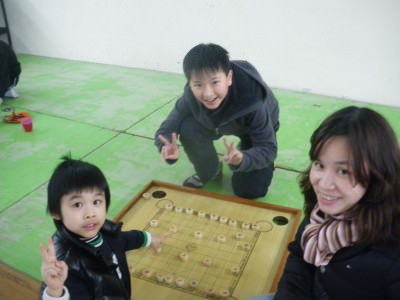 If you are in Hong Kong and get a chance to attend a Chinese Barbecue in the Winter, please go – great experience and VERY welcoming people. My girlfriend’s family are the most friendliest group I could have imagined. I’m always welcome.

A Video from the Winter Barbecue in Hong Kong: