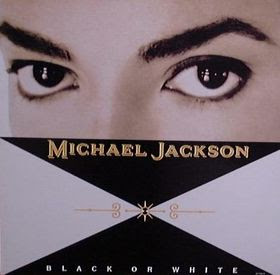 It really doesn’t matter…but it once did and in some parts of the world it still does and always will. BUT IT SHOULDN’T, OK.

I’m hardly justified by posting this, but having now returned to what is considered a more “white culture” in terms of lighter skinned people, rather than darker skinned people. This “black” or “white” thing is a load of shit. Nobody is black. Nobody is white. There are people with brown skin and pink skin. No blacks or whites. But, yes OK we are different. 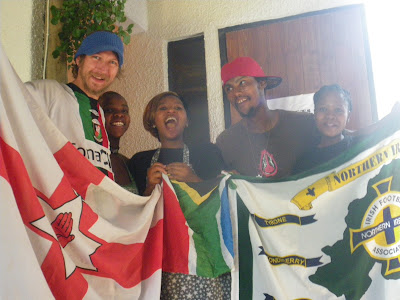 And back in 2009 I once criticised Michael Jackson and neglected his intelligence, it’s been post mortem and for me post- Africa which has opened my eyes here. OK so none of us are “black” or “white” yet all of us are justified or classed as such. 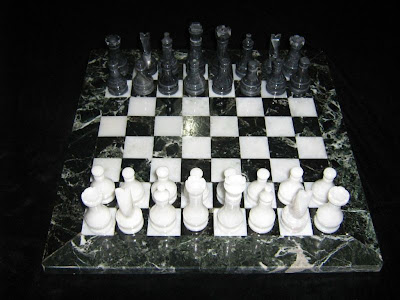 And I recall in 2009 when Jackson died somebody said “it’s like Lennon dying too early” or “Princess Diana dying in a car crash” I laughed at such an idea. At work the next day with Chris Bilsland my good mate, I even remarked “another day in the week, people die all the time…” and his reaction was something like “yes but it’s Michael Jackson!” At the time I worked in the restaurant on an England – France boat. 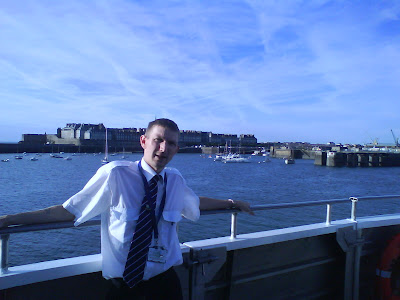 Later in that day while serving a coffee to an unaware English consumer I mused to her “come on, does it matter if it’s black or white…yeah yeah yeah”, even raising a sincere smile from Bilsland himself while serving said coffee got me thinking, you know… 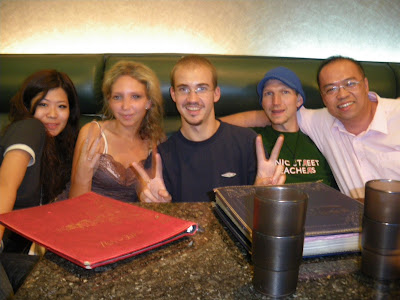 And three or four months later I was re-united with once housemate and seemingly endless lifelong friend Millwall Neil (Neil Macey) in a local bar in Taiwan’s Shinying (a city you’ll never have heard of, even after reading this). Locked in a room of 8 or so people, we were faced with the challenge of finding an English song in a karaoke book. “Any Oasis?” I suggested realising pretty soon that there was more chance of Noel Gallagher turning up himself to sing “Slide Away and give it all you got” than me finding “Live Forever” in amongst Chinese Mandarin. 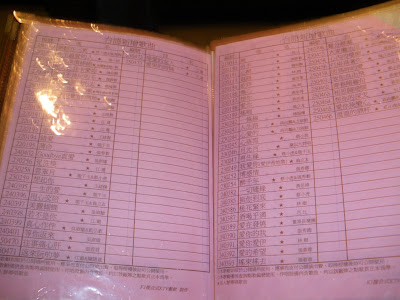 So it came down to a duet from myself and Millwall Neil singing “Black or White” by Michael Jackson. Even at the time I remember thinking what a shit song it was, what a silly guy he was for swapping skin colour and then singing about it. I actually found it offensive and racist…AT THE TIME. Things were changing though. 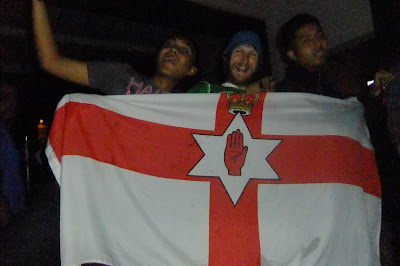 Things have changed and suddenly it took a visit to Africa and a third visit to Kuala Lumpur to make me realise how this song actually is genius. A taxi driver in Kuala Lumpur said “where are you from?” to myself and three others in a taxi. I thought about it for a minute and replied “it doesn’t matter” before I got the others singing “if you wanna be in my taxi it don’t matter if yer black or white…” 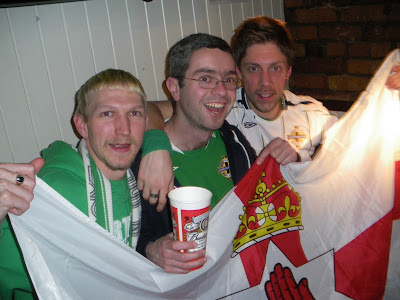 Later I admitted to the taxi driver that I was white and came from Northern Ireland. I could be Protestant or Catholic but it don’t matter baby yeah yeah yeah…

In the 1980s then, Michael Jackson said it better than anyone could, and better than anyone ever will. He’s the Nelson Mandela of this planet. And if you’ve ever travelled anywhere and met someone who is slightly different in skin or religion or culture than you, well “it doesn’t matter.” And if it does, quite frankly you have a problem.


People are individual. People are people. I’ll be who I want. You’ll be who you want. And if you’re thinking about being my brother it don’t matter if you’re black or white.


From Bangor to Bournemouth to Shinying to Sydney. This song and these words could bring a tear to the eye. Don’t you EVER under-estimate the genius of Michael Jackson. It don’t matter baby yeah yeah yeah…


LYRICS:
I Took My Baby
On A Saturday Bang
Boy Is That Girl With You
Yes We’re One And The Same

Now I Believe In Miracles
And A Miracle
Has Happened Tonight

[L. T. B. Rap Performance
Protection
For Gangs, Clubs
And Nations
Causing Grief In
Human Relations
It’s A Turf War
On A Global Scale
I’d Rather Hear Both Sides
Of The Tale
See, It’s Not About Races
Just Places
Faces
Where Your Blood
Comes From
Is Where Your Space Is
I’ve Seen The Bright
Get Duller
I’m Not Going To Spend
My Life Being A Color

But, If
You’re Thinkin’ About My Baby
It Doesn’t Matter If You’re Black Or White