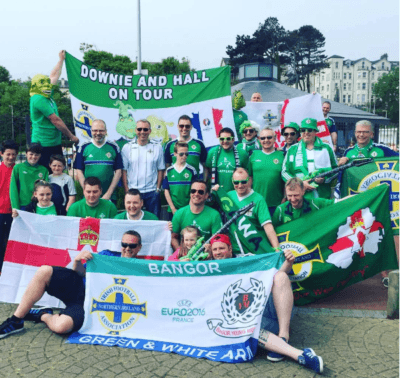 So this week is it, it’s the week that my childhood dream finally comes true and I still can’t believe it. Is it really this week? Is the 30 year wait over? Yes, it is!! As I sit in a hostel in Cork right now, I know I’m heading to Bergamo, Italy in 2 days time and overlanding into France. On Sunday evening at 6pm in local time in Nice, my Dad, brother Marko and I will watch Northern Ireland v. Poland. And so will thousands of fellow Ulstermen and women! 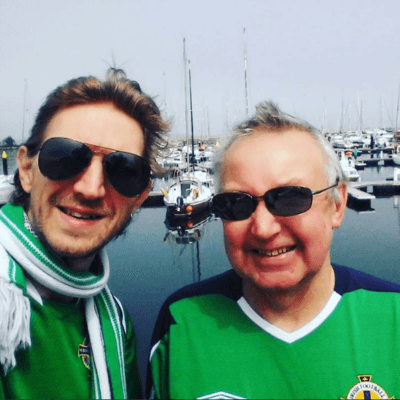 It is Northern Ireland’s first group match in European Championship tournament history. I know I wrote about this last week but I’m just buzzing as the journey has now started and I hope to meet up with as many Northern Ireland fans that I’ve known down the years as I can. Here’s my plans now I’ve finalised a little bit more of my trip! Let’s meet up in France! 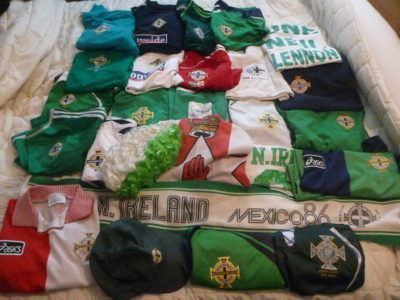 Thursday 9th to Saturday 11th in Milan, ITALY
I’m heading from Cork to Bergamo to Milan. I will have 3 nights in Milan in Italy, so if you are also overlanding into France from Italy, we can meet in Milan.

Sunday 12th to Tuesday 14th in Nice, FRANCE
I’ll get the train across the border into France on Sunday 12th and will first of all stop in Nice for the first match against Poland. I’ll be with my Dad and brother Marko. I will have a few copies of our fanzine left to sell, Here We Go…Again. After the match and for 2 days I’ll be watching all the other matches too. 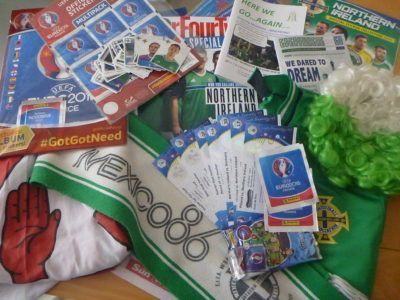 Tuesday 14th to Saturday 18th in Lyon, FRANCE
I’ll be spending 4 days in Lyon and this looks like the best chance to meet most of you. As the stadium in Lyon is 60,000, there will be more Northern Ireland fans at this one, so let’s try and meet up for drinks, chat and some good photos for social media! My other brother Danny will be meeting us for the Ukraine match on the Thursday night. 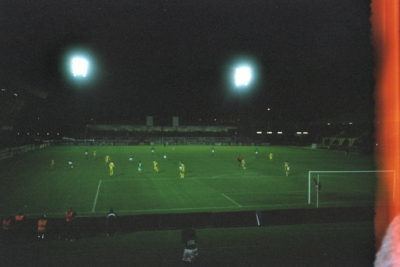 Saturday 19th to Wednesday 22nd in Paris, FRANCE
We will head north to Paris next for the Germany match on the Tuesday night. I aim to do some sightseeing too with my Dad as he hasn’t been to Paris before. Given, I’m not a big fan of the city at all, but there are other side trips including a potential visit to the Ulster Tower. 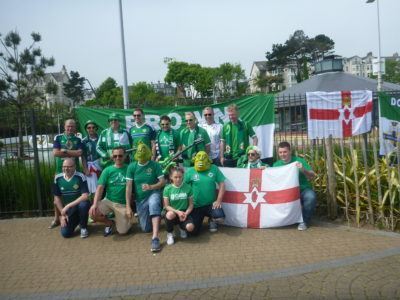 It’s the Ulster boys making all the noise 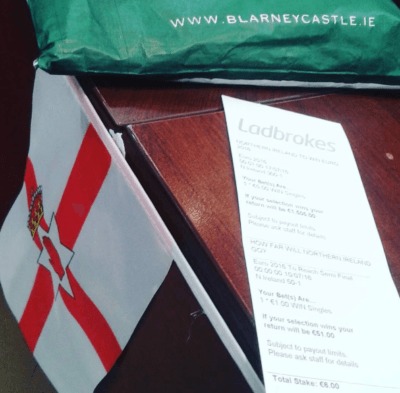 My wee bet on NI to win the Shebang

If we do get knocked out early however, I’ll leave France immediately and work out my plans from there! France will be covered with the Green and White Army, we will be flocking to the land of good cheese and wine, to see our team in the championship finals for the first time. We will sing loud, party, dance, drink and have a ball. When we are playing in a city, the city centre’s bars will be packed with green and white army lads and lasses singing songs like “Sweet Northern Ireland (not Caroline)” and “Will Grigg’s on Fire (not Freed from Desire)”. None of us can wait. We’re buzzing! 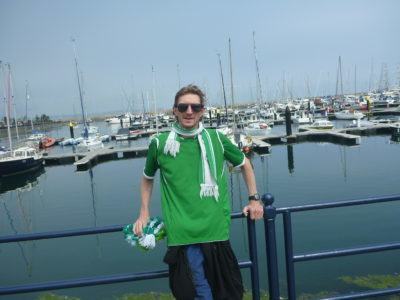 Last day in Bangor before heading on my journey to France

In preparation for the finals, my friends at GoEuro have compiled an Ultimate Fan Travel Guide and a host city ranking for each city. This is for the fanzones as well as inside the stadiums, so for fans with and without a ticket, worth downloading and checking out.

And here are some cool facts about Euro 2016: 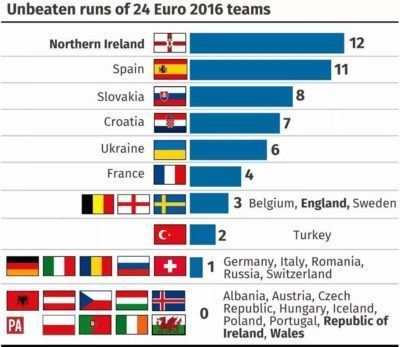 2 thoughts on “It’s This Week! Final Plans for France and Euro 2016 with the Green and White Army #gawa #daretodream”