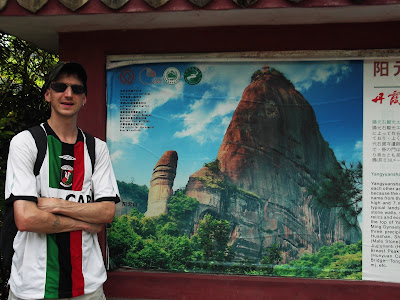 China is still an unknown travel gem for the most part, I really believe that. Especially for those that cannot speak Chinese. For example my latest trip to China was to Shaoguan and Danxiashan both in the north of the Guangdong province, neither of which are even recognised as locations on most travel websites. I was the only foreigner in sight, and certainly the only one to do the hike to Penis Rock. Sorry what? Yes – PENIS ROCK! These unknown gems of China even fail to make it into the popular traveller’s bible The Lonely Planet. In fact, not even the city of Shaoguan is featured in the latest edition – China Lonely Planet . 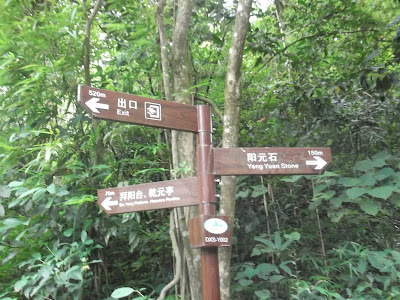 What is Penis Rock? (in Chinese “Yang Yuan Stone”) 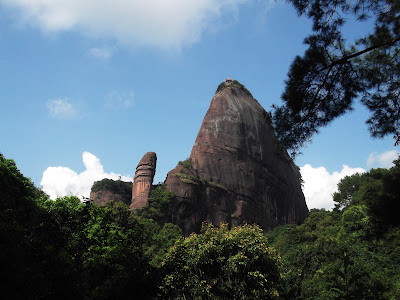 It’s a rock shaped like a penis. A willy, a dick, a cock, a nob, a member, a wee man. Whatever name you want to call your manhood. 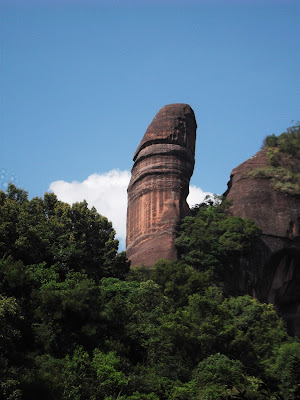 Apparently it’s natural. But it seems too natural to be true really. Even the curvature at the tip of this willy is similar to a real one. Accessibility is easy if you’re Chinese – if you’re not, then get ready for a tiring adventure to find Penis Rock. Luckily with my girlfriend Panny Yu being fluent in both Chinese languages, it was easy for us to get to Penis Rock. 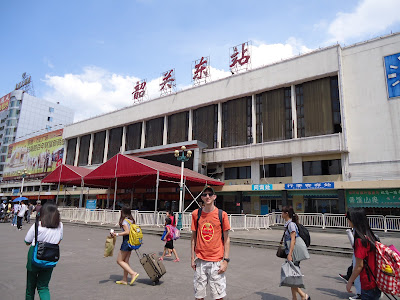 First of all you need to get to the city of Shaoguan in North Guangdong Province. We got there from high speed train from Shenzhen. Timetable here: Shenzhen to ShaoguanLiving in Hong Kong at present, most of my China adventures start off with a border crossing into Shenzhen. To confuse you even more, Shaoguan has TWO train stations, we needed a bus between the two of them to get a connecting bus to the Danxia Mountains. Nobody really speaks English in Shaoguan, though the Chinese folk in the city are extremely hospitable and friendly. 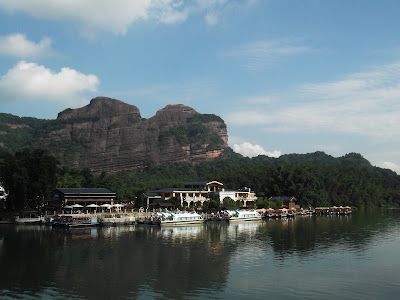 In Danxiashan we stayed in the village of Yao Tang – a river separates Yao Tang from the small market village of Jin Jiang. From Jin Jiang, a 30 minute walk witll take you to the first viewing platform for Penis Rock. We stayed in a hotel in the centre of Yao Tang, here’s an idea of hotels in and around Shaoguan here: Shaoguan Hotels 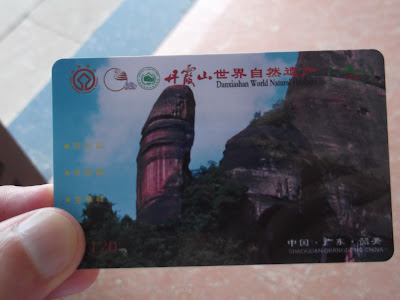 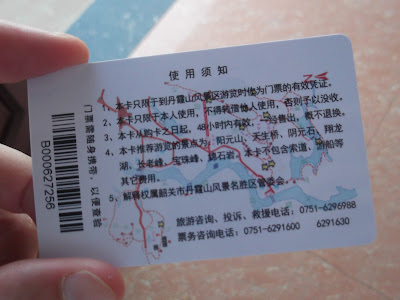 You need an entrance ticket. They are valid for 48 hours and cost 120 Yuan (RMB). We were there at the weekend, apparently tickets are cheaper at 100 Yuan (RMB) during the week. You have to buy them at the ticket office just before you cross into the National Park. 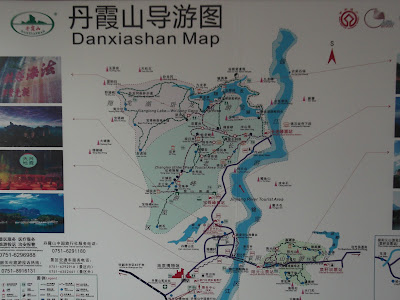 A map of the area of Danxiashan. I don’t think English ones are available as there are simply no English speaking people about, nor any non-Chinese people. But then why should they have English maps? This is China don’t forget! You don’t see a map of my hometown of Bangor in Northern Ireland translated into Chinese now do you? There’s a decent wee website on it all here: Danxiashan Travel 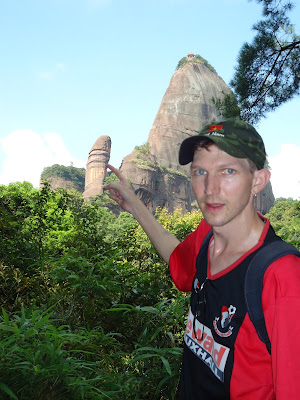 The walk to the first viewing platform was easy enough, but later on we did the full hike/climb to the top of the Pavilion (the one in the picture above at the top of that massive rock) which had sweat coming down us both but well worth it. 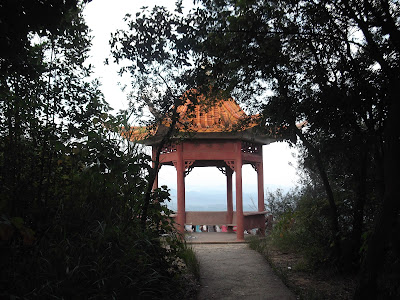 The Pavilion is above Penis Rock (you hike on past it on your way up). 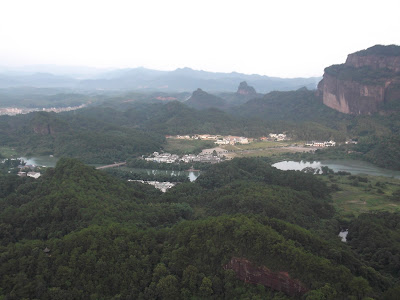 The view from the top of the Pavilion is outstanding. 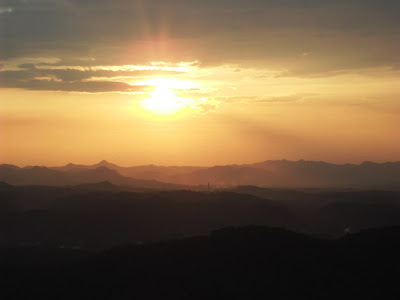 On the other side you view an incredible sunset from the top of a Fortress. 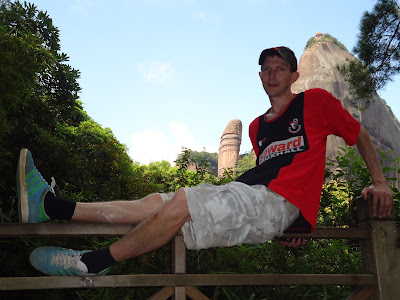 Finally I had to do at least one funny photo when I was there at Penis Rock. The Chinese are such a shy race when it comes to sex, nudity and willies, this photo attracted more odd looks than laughs!
A great Chinese blog I found is here: Sunshine Will…
There will be a lot more to come from this trip to the Danxia Mountains, it was yet another amazing adventure, and having a multi-entry Chinese Visa and being a Hong Kong resident gives me the ultimate chance to see China – the world’s largest country, and still quite an enigma…
Oh and here’s my post on the equally amazing Vagina Rock which is nearby!!
What Is It? – A rock shaped like a penis
Why Go There? – Amazing shaped rock formations, fantastic sunset, cheap beer, good hiking and walking, incredible views
Cost per day – Easily under $10 US Dollars
Key Song –
THE PENIS SONG:
ADMIRING PENIS ROCK:
HIGH SPEED TRAIN SHENZHEN TO SHAOGUAN:
DOWNTOWN SHAOGUAN:
HEADING INTO DANXIA MOUNTAINS FROM JIN JIANG VILLAGE:
THE HIKE/CLIMB PAST PENIS ROCK:
SUNSET FROM THE FORTRESS AT THE TOP: