“Burn the bridges as you’ve gone, I’m too weak to fight ya, I’ve got my personal hell to deal with.” – Peter Cunnah 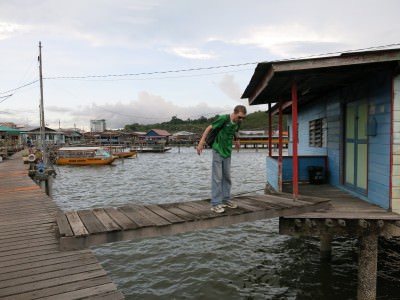 Well in theory, he may have a point (and it’s only a cracking pop song from my teens) but I’ve learnt in life that keeping friends, keeping contacts and keeping touch with people are very important things. No matter how many years have passed, no matter where we have moved to, Don’t Burn Your Bridges. Don’t lose touch. Don’t cut people out of your life. And that includes ex girlfriends, ex wives, people who once hated you. 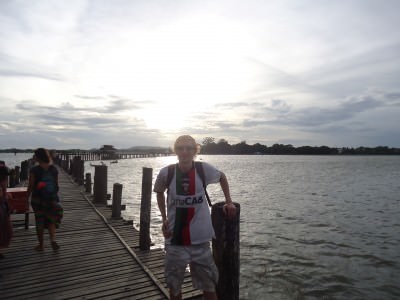 Cross to the other side, leave the past behind and start a new chapter, but don’t burn the bridge you’ve walked across. Don’t leave things in a bad way. You can forget the past for sure, you can even f4ck the past, but at the end of the day, what happened in the past has got you to where you are TODAY. Hasn’t it? Without that past you wouldn’t have made it to today as the new you. Now that bridge isn’t burned, there is always the option to go back, if you ever need the option.

“Once you know you can never go back, I gotta take it on the otherside” – Red Hot Chili Peppers 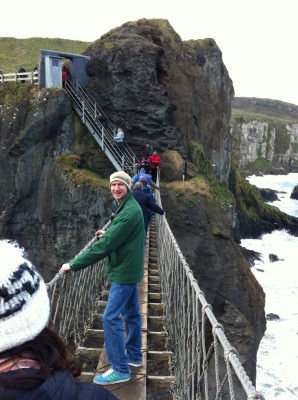 Crossing the Carrick a Rede Rope Bridge in Northern Ireland.

Somebody pissed you off once, 9 years ago, they stole your donut. But you enjoyed good times with them. Don’t cut them out of your life. Why should you? It’s of benefit to both parties to keep touch and keep contacts with people on your journey down life’s corridor. The only loser is the one who burns the bridge. They need you more than you need them. 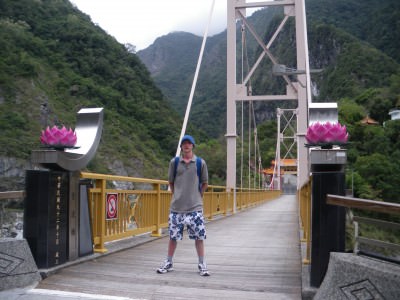 A big contemporary example of this is the whole “Facebook friends” thing. These days we all move jobs, cities, towns and we move in circles of friends and contacts a lot more than we used to. It’s an easy access global world these days. Keep touch with people through social media like Facebook and don’t forget what happened before, no need to set fire to that bridge you crossed unless it was REALLY bad. Rather than talk nonsense, here are some prime examples from my own life where I simply kept touch with people, didn’t burn bridges and we were both able to reep the benefits of it. It’s very much a positive thing for both parties. Stay friends with people you’ve met along the way, EVEN IF you didn’t totally connect with them, or feel they were your best mate at the time. They still played a part in your journey. I’m all about that. I remember people. I cherish all those moments I shared with OTHERS along this journey and I will continue to do so. I hate losing touch. I hate getting a lighter and setting a bridge on fire.

1. My mate in Colombia (Julio Felipe) that I worked with in 2004 invited me to his farm to stay in 2010 and we had an amazing time – Staying in Santa Ana Alta, Colombia

2. A guy (Chris Anderson) that lived with one of my university coursemates in 2003 invites me to a House Party at his place in Hong Kong in 2011 and his mate at the party (Simon Skinner) ends up getting me a job as a teacher in a Kindergarten.

3. I worked in the same job in Bournemouth on 4 different occasions, having left the job THREE times. I was always invited back, and would be again if I wanted to. The job was selling ice cream.

4. My Polish mates just happened to notice on Facebook I was in Armenia and Georgia around the same time as them, so we met up and enjoyed some good old times. If it wasn’t for Facebook, and we hadn’t kept touch, we would never have known where each other was that time.

5. I worked in the same Irish Pub in Australia on THREE different occasions. I was always welcomed back, and would be again if I wanted to. I kept touch with them and I certainyl wasn’t up for burning bridges when I left.

6. A friend of a friend recently added me on Facebook and asked for travel advice on Hong Kong. If I hadn’t kept touch with the original friend, they wouldn’t have known I was in Hong Kong and I wouldn’t have been on hand to give that advice.

7. An ex girlfriend went backpacking with me some 4 years later after we split.

8. Old friends who I haven’t heard from in YEARS often randomly message me on Facebook to ask how I am, to ask for travel tips or to see if I’m in the same city and we can meet up! 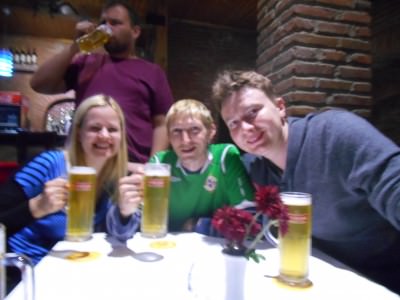 Keep your contacts, even better BUILD your contacts, e-mail people, be nice to people, interact with people you haven’t seen for years. It’s a short life, don’t squander your time. It’s never too late to say sorry, either.

And don’t burn your bridges. I’ll see you on the other side.

“How will you ever learn, when your hands are tied and your bridges burned?”- Mark Morriss 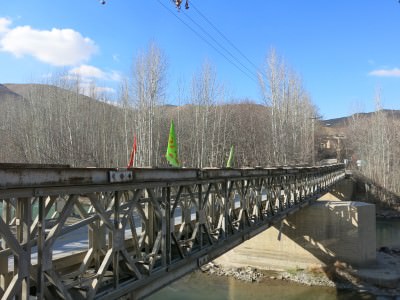 A bridge I crossed in Yaseh Chah, Iran.

Keep touch with me in the following ways without any bridge burning:

Link in With Me

Backpack in China with me

and I’ll see you on the OTHERSIDE: