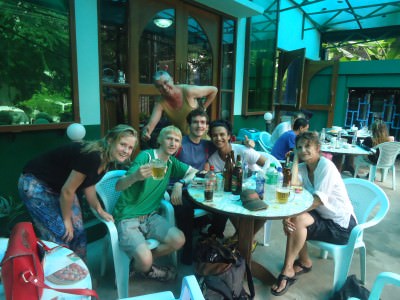 Sunday’s Inspiration: Make as many friends as you can, in places like Yangon, Myanmar!

This week has been your usual epic week of travel in my lifestyle and something got me thinking again. It was something I said to myself I was going to do back in 2003 when I first left Northern Ireland. I hate being alone (unless I’m working on something) and I love being around people. I had to break out of my shyness a few times in life and as a result, I’m just not really shy anymore, but I’m pretty sure I once was. The target I set myself was: make as many friends as I could. So today I’m telling you: Make as many friends as you can.

“Don’t be a stranger” – Dina Carroll 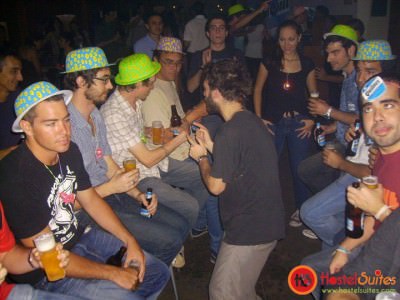 People are your source of fun and enjoyment. If you never talk to anyone else in life, it all becomes a bit dull. Talking to one person, fair enough. Talking to two people, yeah you’re doing OK. Talking to three people, nice conversation. But making friends with a load of people and sharing some immense moments with them, keeping them as friends and contacts, brilliant. Inspiring. Your travel journeys will take you far and wide. Make that bit of effort to ask people: “how are you?”, “what’s your name?” – the simple things. Once you get the conversation started there should be no stopping you. 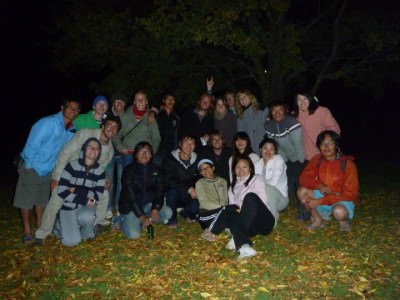 Sunday’s Inspiration – working with a load of people and making new friends in Tasmania.

Travelling alone, is by irony and default the easiest way to meet a load of people. Because you have to. You have to ask “how to I get a bus to XXXXXX City?”, “Where’s the nearest ATM?” etc. Once you get talking, ask people what their plans are. Chances are they’re in the same situation as you – they want to make new friends, they want to chat, they want to tour the city with you. From a simple conversation, I’ve ended up making friends for life, backpacking buddies for months on end, future flatmates, casual friends, even lovers, flings and decent contacts.

“Sometimes you want to go where everybody knows your name” – Cheers 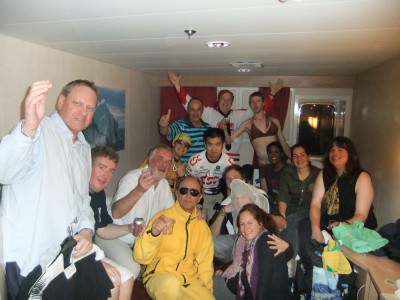 Sunday’s Inspiration – make new friends, even on a boat cruise to Antarctica you can have a dorm party!

You will NEVER know how big an influence a single friend you make can have on your life. A mate of mine who I met in 2003 in England, and kept touch with ended up helping me sort out a new job some 8 years later (when we were both by coincidence living in Hong Kong – thanks Chris Anderson 😉 ). Another mate hosted me on his farm in Colombia back in 2010 (the legendary Julio). A mate I made in Antarctica later invited me to her wedding and even sorted us a place to stay (thanks Haya). A girl I met in Antarctica, became my long term girlfriend and backpacking buddy!! Ain’t that right Panny Yu? These are just a few examples of awesome moments and experiences I’ve had just through my desire to talk to as many people as possible, make new friends and be sociable.

“My loneliness is killing me” – Britney Baby One More Time 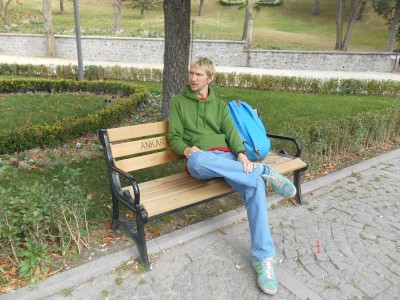 Sunday’s Inspiration: Don’t be a stranger. “my loneliness is killing me…”

If there’s a pub crawl – get in on it. Communal dinners in hostels – put your name down. Day trip to a place you’ve never heard of – you know the score. Through the jobs I’ve had, places I’ve stayed and friends I’ve made, I have had the most amazing travel experiences. 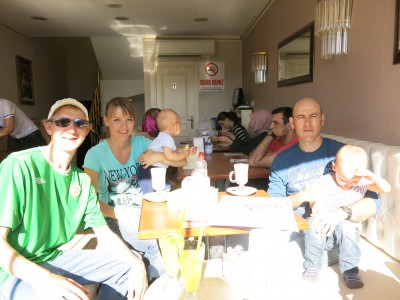 Meeting up with old friends! With Javier and Zuzanna in Istanbul, Turkey.

Just last week I met up with a couple that I worked with 9 years ago. My friends, Javier and Zuzanna now live in Istanbul in Turkey. In 2004 and 2005 I worked with them both selling cheeseburgers and ice cream. You might find yourself stuck in a country sometime then suddenly realise you have a mate there you can contact.

So my simple piece of advice today is – talk to as many people as you can, be friendly, be open, be honest and you’ll make a load of new friends.

“Do you keep the receipts for the friends that you buy?”

That’s all for today folks, hope you take some inspiration into the next chapter of your lives…

3 thoughts on “Sunday’s Inspiration: Make As Many Friends As You Can”