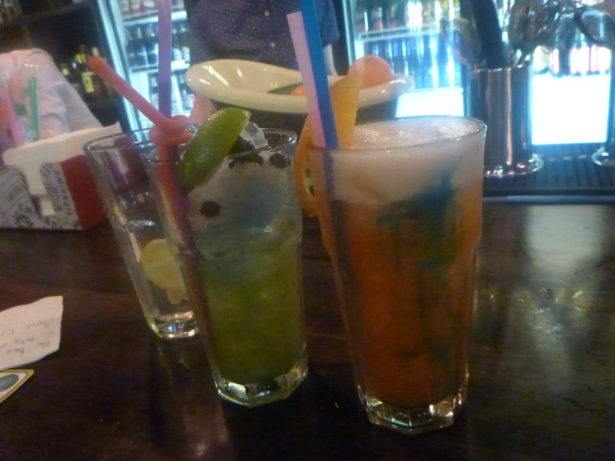 Like most people, you enjoy happy hours at bars, pubs, taverns, and nightclubs. There are a couple of primary reasons why you enjoy happy hour. First, this is the time when many people come together to enjoy each other’s company. Second, you get cheap drinks.

Like a lot of fellow backpackers, I spent many years working in bars down the travels including in Hong Kong, England, Australia and in Northern Ireland. I had to do my RCG and RSA in Sydney and also used TIPS Alcohol Training, which offers responsible alcohol service training online for both on and off premise needs. On top of this, I learnt how to make cocktails.

There are a handful of people who venture to a select number of locations around the world to enjoy one or another of the five most expensive cocktails on the planet. Some of these libations include spirits that date back to the American Revolution. Others contain actual gemstones in the concoction. There are the five most expensive cocktails around the world, as of this writing.

The Ruby Rose Cocktail appears to the most expensive cocktail on the planet at the moment, and you can find it right here in the United States. However, you’ll need a cool $40,000 to purchase this cocktail.

The Ruby Rose Cocktail is a mixture of Hanger One Vodka, St-Germain, fresh grapefruit juice, pomegranate and a spoonful of rosewater. This list of ingredients alone brings the cost of this beverage to $18. So, you wonder, how does a patron go from $18 to $40,000 when there is no change in the ingredients.

The price jumps up because of the unique garnish adorning the beverage. The Ruby Rose Cocktail comes complete with a real ruby garnish, and a nice one at that.

The Ruby Red Cocktail, including the ruby garnish, is available for only a limited time.

The Diamond Is Forever Martini

The Ritz Carlton in Tokyo is in a distant second place when it comes to the most expensive cocktail around. The libation is named for the James Bond Movie Diamonds are Forever. The cocktail is served in the 45th-floor Lobby Lounge & Bar.

On some level, a person might argue the ingredients aren’t all that flashy. The cocktail includes Grey Goose Vodka and fresh lime libation. As is the case with the Ruby Rose, the cost of the drink really is found in the garnish.

The garnish on this cocktail is an 18 carat diamond ring. What is even more extraordinary about this libation is the fact that it’s regularly ordered. The cocktail can even be ordered on demand for an impromptu marriage proposal.

The cocktail’s recipe features two jiggers of Croizet Cognac, which dates back to 1858. The bar normally sells this cognac for $6,000 a shot. The Winston also includes Grand Marnier Quintessence, Chartreuse Vieillissement Exceptionnellement Prolongé and Angostura Bitters. The cocktail is served with a nutmeg and chocolate soil as well as a pulled sugar garnish consisting of Chartreuse and Grand Marnier. A Winston takes two days to prepare and must be ordered in advance.

In reality, if only actual ingredients are considered, and not precious gems added as garnish, the Winston is the most expensive cocktail on the planet, and has been over the course of the past five years. Because of the rare nature of one of the Winston’s ingredients, the cocktail has only a very limited availability.

Uncorked in the Big Apple joins the Ritz in serving a diamond themed libation. The vodka martini is served with a custom diamond engagement ring. You do have to plan ahead at Uncorked. You need to obtain a 72-hour advance consultation with jewellery designer Andy Goetz, one of the co-owners of Uncorked.

In fifth place of the most expensive cocktails in the world is Salvatore’s Legacy from Salvatore at Playboy in London. Iconic London mixologist has been serving vintage cognacs for decades.

Before Winston’s took the top notch in 2013, Salvatore’s Legacy was the most expensive cocktail in world. The libation includes 1778 Clos de Griffier Vieux Cognac, 1770 kümmel liqueur, circa-1860 Dubb Orange Curaçao and two dashes of Angostura Bitters, which comes from the early 1900s. Although no longer the most expensive drink around, it is the oldest.

2 thoughts on “The Five Most Expensive Cocktails on the Planet”