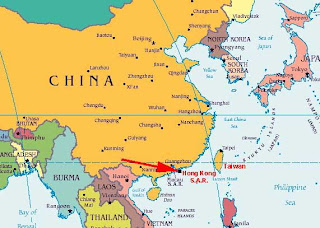 Since I was a wee boy back in the streets of Marlo, Bangor, Northern Ireland I enjoyed reading about the world and looking at maps. Its a big world you know. I’m 29, ain’t getting any younger, the world ain’t getting any smaller…so it’s off to see the world I go. I’ve been in 34 countries so far, and 4 independent statelets, yet this reads as only about 1/6th of the world. There is so much out there to see. And so off I go again around the world, hopefully never to return to the boring streets of England ever again. There is a lack of character here in England, and after 6 years I’m fed up with it. On Saturday 3rd October 2009 I fly from Heathrow, London to Taipei, Taiwan and my new life starts there and then. I’ll see what I can find in the land of Eastern Promise. 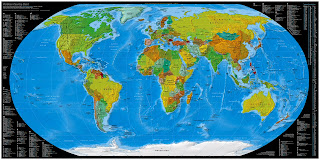 Its been a very busy 4-5 months here in England. I’ve been working and travelling so much I haven’t been on here to update, or even re-live old times. My 2 summer jobs are coming to an end very soon. My days of travelling to France (Cherbourg and St. Malo) will soon be over, the beauty that shines down from St. Peter Port, Guernsey will be a distant memory, as I leave these shores. I thought I’d write this post while I have the chance before life gets too busy again. So I’ll keep it updated as much as I can, but in the meantime, keep travelling, keep smiling and most importantly of all…

IF YOU GET A CHANCE IN LIFE…DON’T STOP LIVING.

“its the same world everywhere you go…” – Neil Finn
“been around the world and there’s no place like home” – East 17
“all around the world you’ve got to spread the word” – Noel Gallagher
“i can’t sleep cos the world won’t wait” – Noel Gallagher
“one world, but we live in different ones” – mark knopfler
“i’ll see you in my star” – ian brown
“out there the world is waiting to take us far away” – marti pellow
“don’t ever trust a soul on planet earth” – tommy jones
“to travel hopefully is a better thing than to arrive” – robert luis stevenson
“the world is a book and those who do not travel read only a page” – anon

SONG AROUND THE WORLD: