I have been a Twitter user since 2008!! Here is my legitimate Twitter account – Jonny Blair on Twitter. I have used it almost weekly since then and am NOT a spam account or a fake user. Yet, time and time again Twitter STILL class my Twitter account as spam and fake. For the last TWO years they have blocked me from FOLLOWING anyone new and they STILL won’t lift the ban. This is really really frustrating, as there are at least 500 other REAL accounts I wanted to follow in that time, the latest one today, this AFC Bournemouth Podcast, Back of The Net. Sadly guys, I am not allowed to follow you as Twitter doesn’t believe me, but I can still retweet and like your posts. Bizarre!!! The reason? 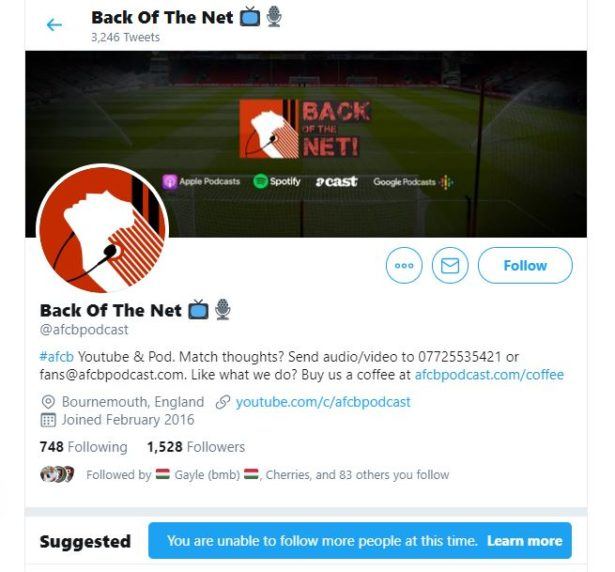 Why Twitter Doesn’t Make Sense: I Have Been Banned From Following Others For Two Years

Twitter honestly classes me as a spam account because I follow SO MANY other accounts. What’s the point of Twiter then if you are not allowed to follow who you want? I want to be as active a user as I can – I want to follow those accounts. I want to follow thousands of accounts! It does not make me fake. On Facebook, I have clicked like on over 1,000,000 posts and I follow over 3,000 pages. All genuine and real, nothing fake, yet Facebook doesn’t class it as spam. Sort it out please Twitter!!

I have emailed and tried to contact Twitter over 20 times about this, and their latest email lies to me. Firstly it says that my account is spam and I break the follow rules. It is not and I do not break the rules. Secondly it says that if I unfollow some accounts, I can start following more. I really really didn’t want to unfollow any accounts as I really (not spamly) like and want to follow all those accounts. But to test their fake theory, I unfollowed a few accounts and guess what?? I STILL cannot follow more accounts. 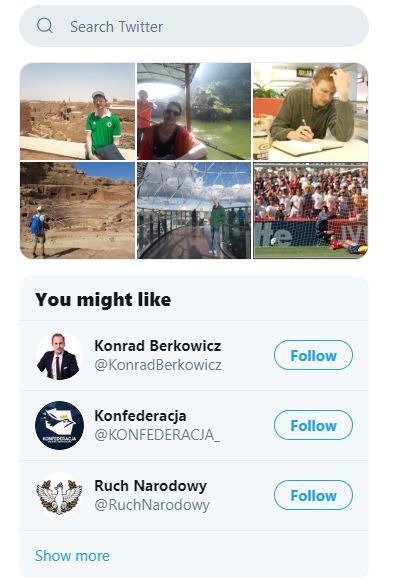 Where do I go from here? Nowhere!

I can keep using Twitter daily as I do to Tweet, Retweet, Like and Comment. But I cannot follow anyone else. If you have had the same issue and solved it, please get in touch. This is a really crazy situation to be classed as spam when I am a normal user of their platform.