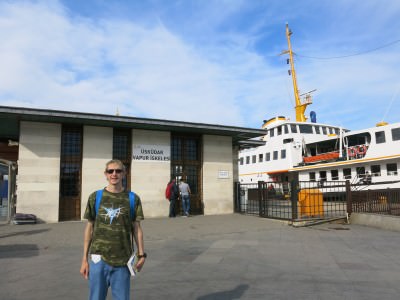 Ready to board and cross another “border”.

Ever crossed into a different continent by boat? I have, if you’ve read my Drake Passage journey post you’ll remember my trip on the Southern Ocean. That was back in 2010, South America to Antarctica and that one took me 2 days. Imagine a boat ride that takes you to a different continent in less than 20 minutes. I headed to Istanbul in Turkey to find the answer! Europe to Asia in Istanbul… 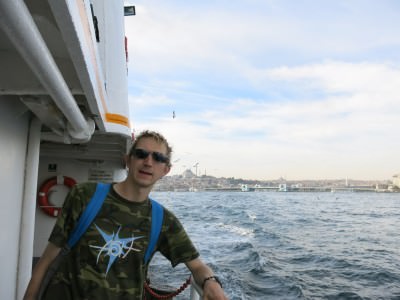 Relaxing on the Bosphorus between Europe and Asia by ferry in Turkey’s Istanbul.

As a boat ride, this one is short. No sooner have you sat down and left Europe than you’re arriving in Asia. Yes Istanbul is a city which considers itself to span two continents, and most people agree that to be the case. It’s a kind of touristy thing to say you’ve done as well. So if you’re Asian and end up in Istanbul, head over to the European side. I’m European so I started off in Europe and got the ferry over to Asia – here’s an overview of the journey. 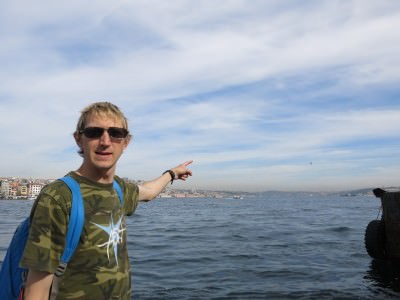 World Borders: Pointing to Asia from Europe in Istanbul, Turkey.

There are a few departure points for boats from the Europe side of Istanbul. On this post I’m talking about the ferry port at Uskudar Vapur Iskelesi. Head to Eminonu area and to the harbour. There are lots of different terminals. The Uskudar Vapur Iskelesi has regular boats running to the Asia side. They land at democracy square. 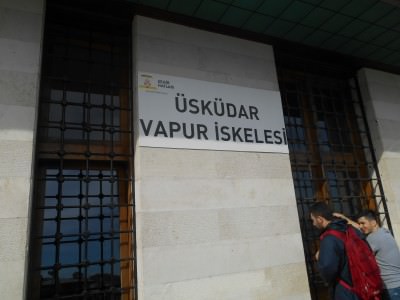 How much does a ticket from Europe to Asia cost?

3 Turkish Lira. That works out at just over 1 Euro for a one way journey. If you have an Istanbul travel card, just top it up and swipe it. If not, head to the machine and pay 3 Turkish Lira for a token. No ticket issued, just a token which you place in the slot. No passports checked, no bags checked. Simple boarding procedure. You’re crossing a border between continents, yet you remain in the same city and country! 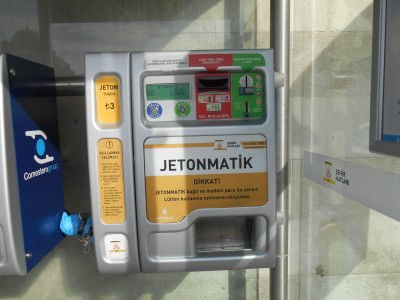 Europe to Asia in Istanbul – the Journey Across the Bosphorus

The journey itself is smooth, short and scenic. Relax and admire the views of charming Istanbul. 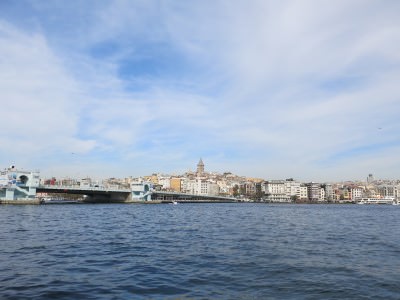 World Borders: On the way to Asia from Europe in Istanbul, Turkey!

Gaze back at Europe and stare in front at Asia. Along the dreamy Bosphorus. 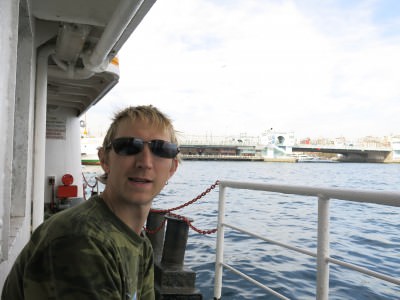 World Borders: Relaxing on the Europe to Asia ferry in Istanbul.

The journey will be over in twenty minutes and you alight in Asia.

Your journey is complete when you dock in Asia, at Vapur Iskelesi near Democracy Square. It’s also known as Demokrasi Meydani in Turkish (it’s just a small square by the way). 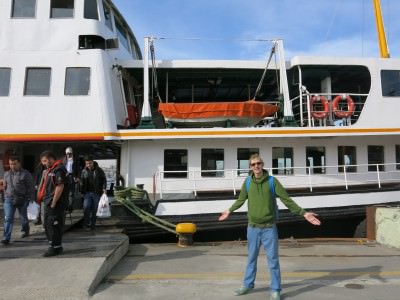 The first thing I noticed was that everything on the Asia side seems cheaper slightly! This was odd to see but also pleasing. The European side is the richer, more western side and more touristy. Prices are inflated. On the Asia side, it’s more local and raw, and cheap. 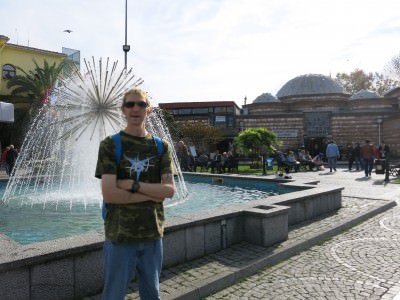 World Borders: On the Asian side of Istanbul, Turkey.

This is one of the shortest and sweetest world borders I’ve crossed, I later did the same journey by bus across the bridge. It’s worth doing in the city that spans two continents!

Here are my videos from getting the ferry across the Bosphorous:

3 thoughts on “World Borders: Europe to Asia in Istanbul, Turkey (Ferry Across the Bosphorus)”