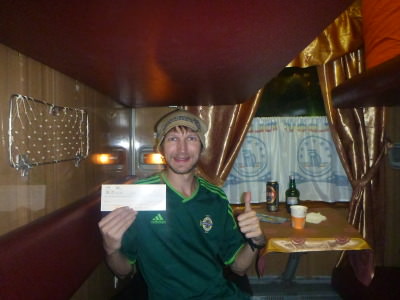 World Borders: How to Get From Romania to Moldova by Train (Bucharest to Chisinau)

My recent return to Eastern Europe saw me venture into some new countries in the former eastern bloc. I started off in Romania this time before heading across the border into Moldova and later Transnistria. Moldova is a part of the former USSR and has been its own country again since 1991. 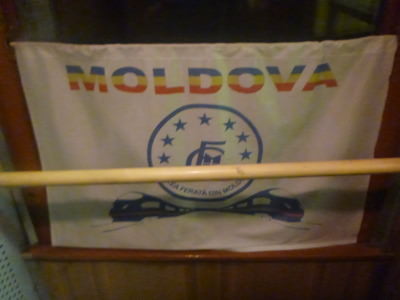 Moldova curtain on the train.

I chose to cross the border by train and so opted for the night train option which leaves the Romanian capital city of Bucharest at dusk and rolls you into Chisinau the Moldovan capital after dawn. I love night trains, and perhaps something I need to do more on here is actually write about the many that I’ve taken. I know the Malaysia to Singapore train is covered but many others that I have taken down the years I haven’t written about. 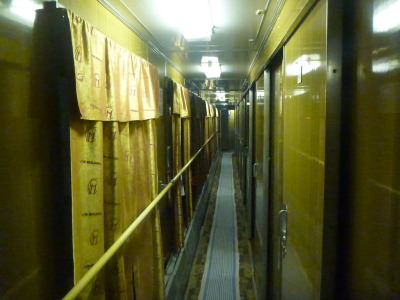 The night train from Bucharest, Romania to Chisinau, Moldova.

Buying your Train Ticket in Bucharest, Romania
At the time I went, tourist wise, things weren’t still massively busy in Romania. It’s still a slightly unventured nation especially in Autumn and Winter when I was there. I headed in November. Moldova is even less popular for tourists than Romania which makes organising your trip hassle free and spontaneous. This meant I didn’t need to buy my tickets in advance, in fact I’m not even sure if you can buy them online or not. 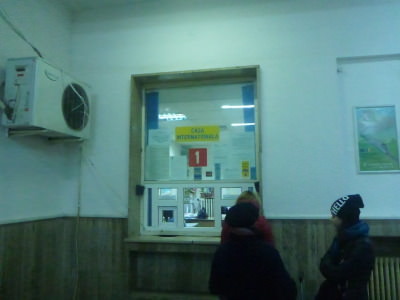 So whatever day I wanted to go all I needed to do was turn up at the train station before the train leaves and buy my ticket. The night train leaves from Gara de Nord in Bucharest. It’s an easy station to get to as it’s on the metro system. At the time of writing a 2journey metro card costs 4Lei (RON) on the Bucharest metro. I got to Gara de Nord about an hour before my train was due to leave. I wanted to grab some cheap food and drinks as well as get my train ticket. The queue for train tickets were quite long. My night train was due to leave at 7.35pm and by the time I got my ticket I had 20minutes to spare. To get my ticket I went to Casa 1 in the ticket office. Casa 1 is for international trains. I got a second class ticket which cost 153Lei (about £30). 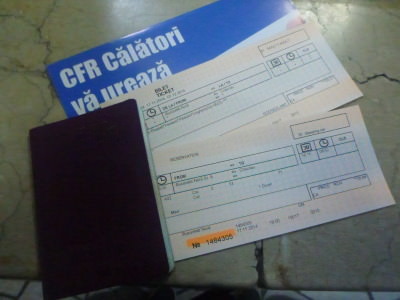 My night train ticket from Romania to Moldova.

If you do want First Class it’s about 100Lei more, an extra £20. I’ve no idea what you’d get for the extra. Presumably a guaranteed private cabin, some food and drinks plus more luxury. I’d been on two long distance trains in Romania the previous week and one of them was also a night train. I was really surprised but happy that this night train ticket was for a bed! Such a luxury to have. My previous night train from Campulung Moldovenesc to Bucharest was only a ticket for a single seat in second class. 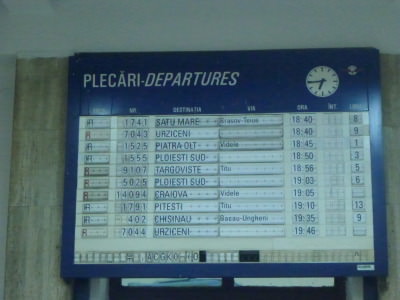 Night time departures from Bucharest including the 19.35 to Chisinau.

So I had my ticket then I grabbed a mini pizza (4Lei), an Irish Coffee(!) out of curiosity (2Lei) and 2beers (7Lei). My train was here already and would depart from platform 9, on time. I was in Carriage 3, Section 2, Bed number 71. My food and drinks: 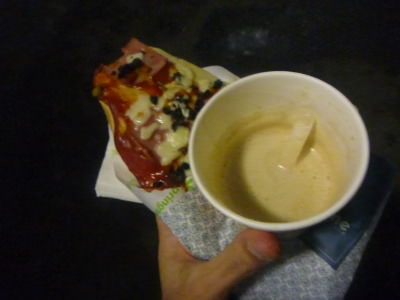 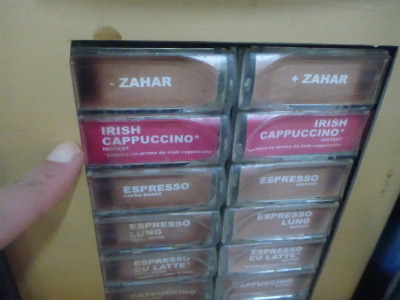 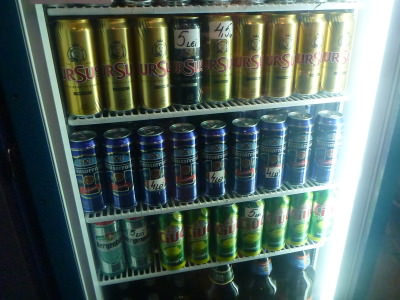 Leaving Bucharest
We left Bucharest sharply and smoothly at 7.35pm and I had a single bed in a 4bed compartment all on my own. 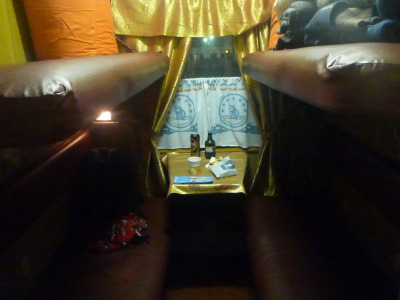 My compartment of 4 beds.

The train wasn’t too busy and it was a Monday night so I hoped I’d have my own cabin all the way to Chisinau in Moldova. The journey from Bucharest up to the border was smooth and enjoyable. 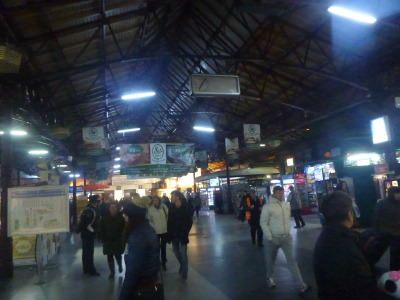 We stopped a few times for more passengers, most noticeably at Ploiesti. The attendant knocked on my door twice only. Once to check my ticket. The second time to hand me my bed clothes. Pretty good service for second class. 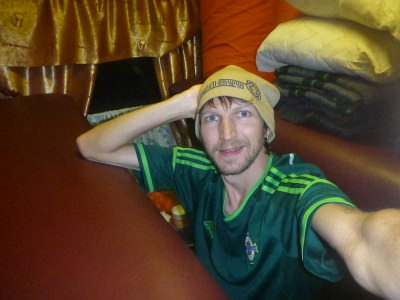 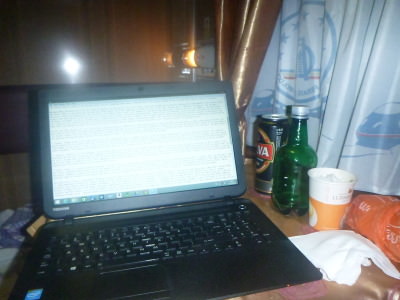 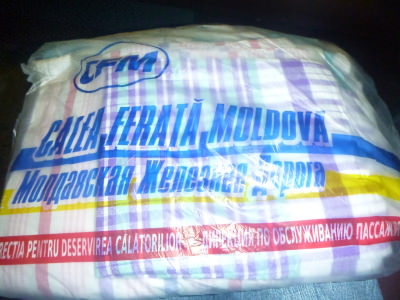 On the first few hours of the journey I finished my pizza and coffee. I read up on Moldova and planned my next few days of travel. I spent about three hours on my laptop from the table in my room and I sipped my two beers hoping I’d fall asleep easier with them. By 11pm I was ready to sleep and I locked my room door and fell straight asleep after a bathroom visit. 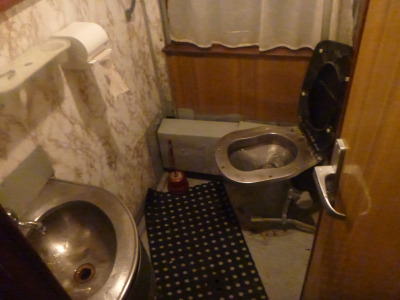 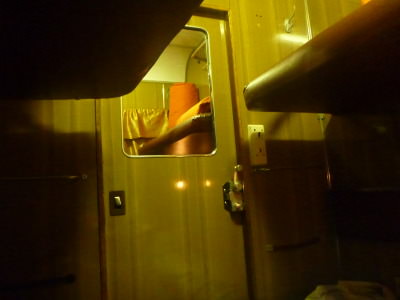 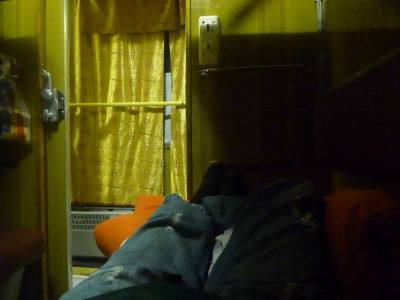 Leaving Romania
I was awoken by the train attendant at 3.51am. Passport. Control. She said. Within minutes Romanian guards had boarded the train and checked everyone’s passport. As I travel on an Irish and British passport I don’t need a visa to visit Romania or Moldova. No exit stamp was issued, just a passport and quick bag check. By 4.40am the train moved again and we had left Romania and were now in Moldova. 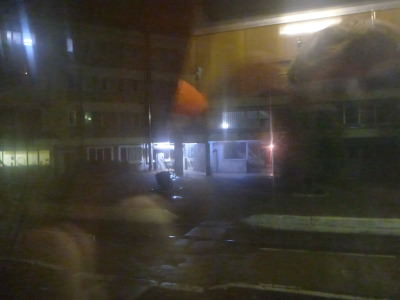 Arriving in Moldova
On this night train there is no need to get off the train. All passport checks are done by both countries border control guards from the comfort of your cabin. For Moldova there wasnt even any paperwork. A quick few questions including where I would stay in Moldova (Tapok Hostel, Chisinau) and he stamped me in. A small green stamp which he sadly placed on a brand new blank empty page. I’m normally more alert and tell them to put it on the many pages with stamps already there. 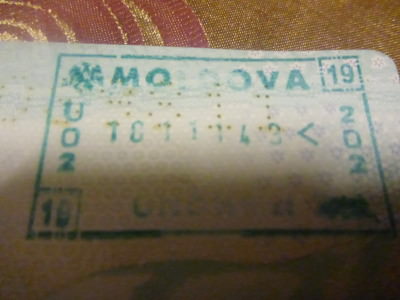 My Moldovan entry stamp at the border point Ungheni.

The more important news was I was now in Moldova, a step closer to my 100 country target (or about the 103 mark going by Travellers Century Club) and safely across the border. 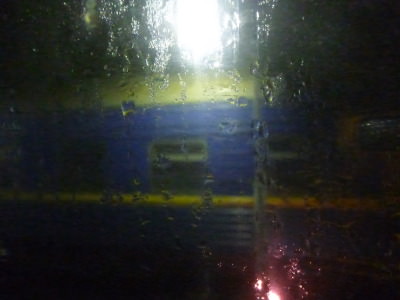 After the border guards left, the contrast between Romania and Moldova was clear from the train motions. Romania, a former communist country now part of the EU and much more liberal than it was 20 years prior. Moldova was part of the former USSR and still influenced by Russia. This difference became obvious by the train tracks. The Romanian leg of the journey had been calm and smooth. I’d even had about 4 hours sleep. Here in Moldova the journey was bumpy, scrapey, rickety and anything but smooth. The train was the same so the difference became obvious – it was the train tracks. It felt like we were scraping our way through concrete. I couldn’t sleep and the train was too bumpy to even blog. 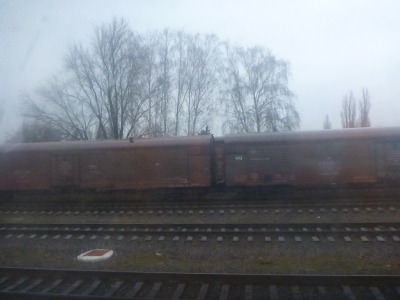 The last part of the journey to Chisinau.

However things improved after 7am as we neared Chisinau and I fell asleep once more, being awoken only at 9am on our prompt arrival in the Moldovan capital city! It was a wet and grey introduction to Moldova where I would spend a few days touring the capital city, Chisinau, a trip to the Orheiul Vechi Monastery and a fascinating side trip into Transnistria – a separate Republic recognised only by itself. 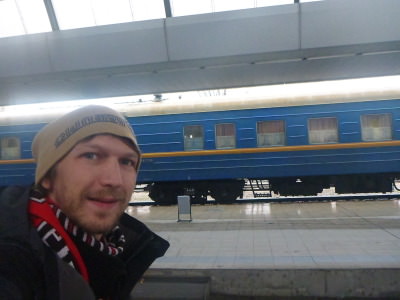 Arrival in Chisinau Moldova at 9am.

This was a really enjoyable and relaxing border crossing, from Bucharest Romania to Moldova by train and here are my videos from the journey:

11 thoughts on “World Borders: How to Get From Romania to Moldova by Train (Bucharest to Chisinau)”