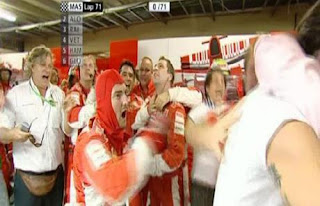 Today Lewis Hamilton made amends for last year by finally winning the Formula One Drivers World Championship. What a fantastic achievement! I’m writing this just a few hours after the drama unfolded in the final grand prix of the season, which was held in Interlagos, Sao Paolo, Brazil. Although I must admit I have never been a massive grand prix enthusiast or watcher, but I do recall many races in the past which I have watched. I first remember seeing Nigel Mansell win the grand prix during the 1990s, and after that it was the horror of an Ayrton Senna crash in San Marino in 1994, which cost the Brazilian his life. That event always sticks in the mind. Then it was late 1996 and I found myself in Larne, Northern Ireland on a lads Boys Brigade weekend, where we stayed up listening to the radio as Damon Hill cruised to victory in Suzuka, when Villeneuve’s wheel came off and Hill won the race and championship, becoming the first son of a formula one world champion (Graham Hill) to win it. Those moments stuck in the mind, and then in 1999 it was the turn of a fellow countryman, actually not just that, a fellow townman…Eddie Irvine. 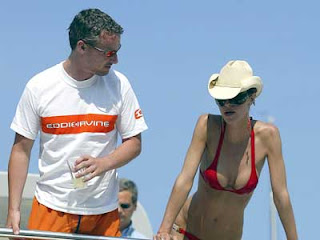 Eddie Irvine (who bizarrely wears an Eddie Irvine t-shirt) was born in the same town as me, Newtownards in Northern Ireland and finally I had a real local man to support in formula one! My brother Marko is really into his formula one and I remember vividly coming home pissed one night to watch Eddie Irvine win the 1999 Australian Grand Prix. That year, Michael Schumacher ended up crashing in one of the races and pulling out for the rest of the season, meaning that Eddie Irvine became the number one driver for Ferrari and Mika Salo became number two. Suddenly little Ulster/Northern Ireland had a man with the world at his feet, as well as the clutch, accelerator and brake. Me and my brother watched all the remaining races that year, as Irvine almost clinched the drivers championship in 1999, but that’s a post for another time…so what happenned today then? 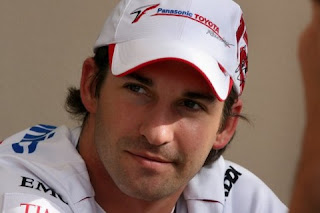 Today I came home from work and the plan had always been to watch the Brazilian grand prix. My housemate Dan Darch is a formula one enthusiast and I’ve watched a few of the races on TV with him. Some day I plan to go to a grand prix, as I’m getting into it more and more, and it would be great to be there. This time last year we held a “Brazil party” at Dan’s house with nuts and salsa dips and Brahma beer to hopefully watch Lewis Hamilton win the formula one drivers world championship in his first season. That day it wasn’t to be, as Hamilton ended up finishing seventh and Finland’s Kimi Raikonnen took the championship, on a day that Alonso could also have won it. Moving on a year to today then, and Lewis Hamilton this morning sat proudly at the top of the table and only needed to finish fifth or higher to clinch the entire championship. 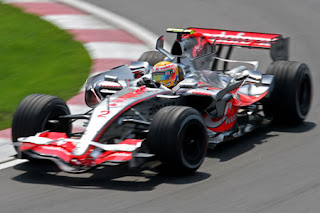 So in essence all the hard work had been done already in all the previous races, and today it came down to the results of the Brazilian Grand Prix. Now, Felipe Massa was at home, in his native Brazil, and home advantage counted before for him, and it favoured him again, as he took pole position in yesterday’s qualifying. Lewis Hamilton had to settle for fifth, which if it finished as it was in qualifying, then Hamilton would be crowned champion. We talked about it in work this morning and most of my work colleagues at Wightlink were planning to watch it. In this deep dark recession or “credit crunch” myself, Dan (and Corinne in the background) obviously decided to watch the grand prix on ITV in the house. There wasn’t much room for budget, so I had some egg and ham and brown sauce on toast with two cups of the Earl Grey just before the race began….we were all set. 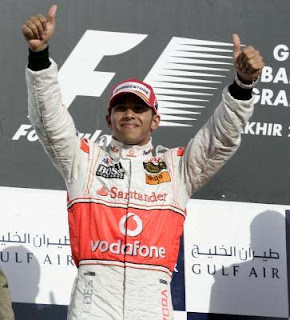 The race was randomly delayed by 10 minutes due to rain in Brazil, country of sunshine and rainforests…and there it was Hamilton aiming to become the first British world champion in formula one since 1996 when Damon Hill won it. (In them intervening years, Eddie Irvine, David Coulthard and Lewis Hamilton himself had all run close to winning it). It all started with a bit of rain and Dan filling me in with details on who races for which teams, certain rules that I wouldn’t be aware of, why there is a safety car and us going through the different scenarios on how Hamilton could win it. From the start (and even after two pit stops) it became obvious that the race itself would be won by Felipe Massa, there was no stopping him from winning the race on home turf, therefore we all relied on our very own Brit Lewis Hamilton to finish a minimum of fifth, and for most of the race he was! During the race I opened my two tins of Peeterman Artois to relax and suddenly I was really into the race and enjoying it! It was all going well, even when Hamilton took a third and final pit stop and came back out in front of the German Vettel. Then Vettel continued to pick up the pace and got faster, with Massa about to finish the race and claim first place, the worst scenario happened…Vettel overtook Hamilton, meaning Hamilton was now 6th… 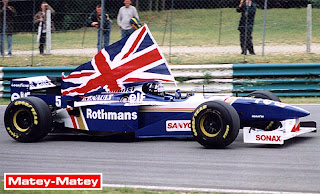 6th position wasn’t going to be enough and Dan looked gutted, having watched so many races, even he thought it was over for Lewis. By one position in the race (6th instead of 5th), and by one point it appeared Massa had done it, even his Ferrari team began to rejoice at the finish line as Massa jinked his right hand in the air. Then against all the odds, Lewis Hamilton managed to catch up on one of the guys who had overtook him on his final pit stop. Another German, this time it was Timo Glock, whose name will now stick in the memory forever (Time O’Clock anyone??). Glock was just the slice of luck that Hamilton needed. Glock had only had two pit stops and his tyres were struggling at the final hill climb on the circuit. Apparently Hamilton’s team were busy telling him to concentrate on overtaking Glock, forgetting all about Vettel, who was too fast and too far ahead. About two corners from the end, Glock hung back badly and allowed Vettel in, then Lewis Hamilton shot past Glock, leaving him over by the edge of the track, and slowing down majorly and suddenly that leapfrogging of positions had been enough to give Hamilton the championship, even if Lewis himself didn’t know it. Glock had been an inspiration and housemate Dan Darch was ecstatic, going nuts, Hamilton had done it!!! Seeing Massa’s Ferrari team up one minute celebrating to their smiles being wiped away was a pleasing memory. Britain had won!!! And as I write I’m watching it again on a re-run. Well done to Lewis Hamilton, a gentleman to win the championship and a special mention (and photo there) of Timo Glock, whose little moment in and out of fifth position was probably the most exciting moment of sport you will see for a long time…

Some classic comedy moments from Formula One Racing Drivers:

Juan Pablo Montoya swearing at a fucking idiot of a cameraman:

KImi Raikonnen was “having a shit”:

1 thought on “You Always Need A Bit Of Glock To Win The Formula One Championship: Lewis Hamilton Wins It!!”