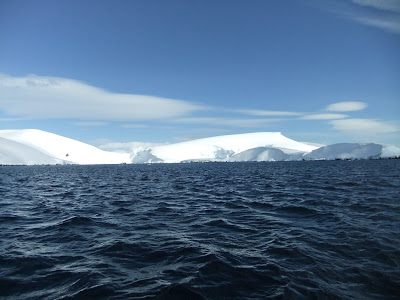 I’ll be honest, deaf and naive all in one here – when somebody told me I was cruising round Foyn Harbour, I was ready to put on the riot gear, load up on petrol bombs and fear the end of Northern Ireland’s second biggest city. 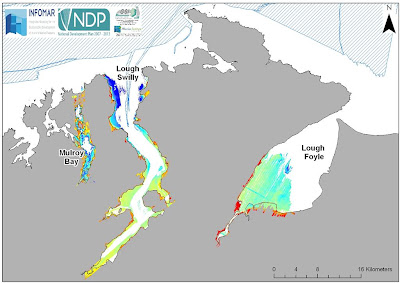 That, my friends is called failure. This is not Foyle harbour in Londonderry (or, if you will, Derry), but Foyn harbour in Antarctica. A bit of mis-hearing can cause misunderstandings easily in life. Some contrast from the murky blood strewn streets of Ulster to the quiet, tamed, white ice inlets of the Antarctic Peninsula. 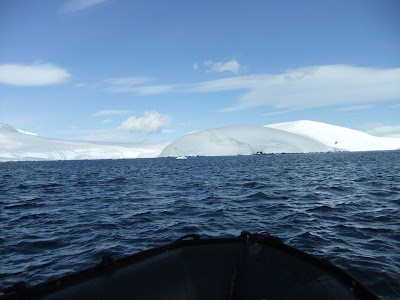 Either way a balaclava would come in handy, as would a knowledge of local weather and wildlife. OK, lets quit the talk about my home country for once, as Foyn Harbour may sound so Northern Irish you’d be forgiven for thinking that Edward Carson once moored his yacht there. This Crystal Maze would have Richard O’Brien asking us to “start the fans please,” none of this will make any sense unless you watched Channel 4 in the UK during the 1980s. 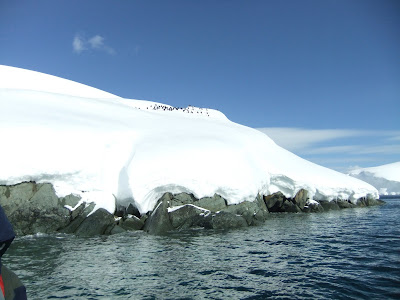 On the second day in the world’s most extreme continent a morning treat was a Zodiac cruise round Foyn harbour. Golden, blue, white crisp landscape were to be feasted upon, in dream like fashion. 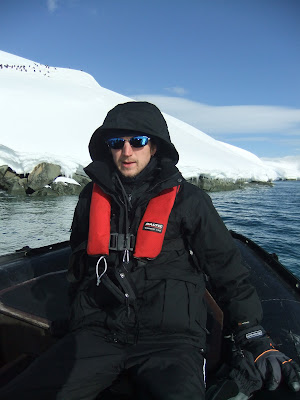 Nobody could take this moment away from me. There I was in the morning sun, cruising round Antarctica. As nonchalantly as a Derry man making a petrol bomb in the 1970s. 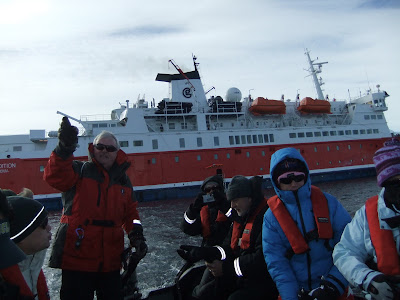 Scott MacPhail was our Zodiac guide, as we came up to a shipwreck in the harbour. 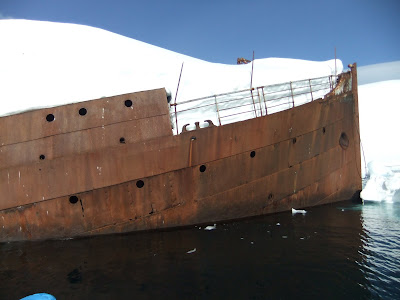 The shipwreck was almost 100 years old – The Governor. 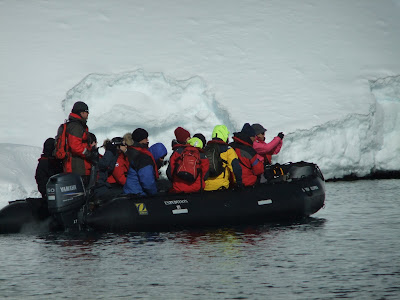 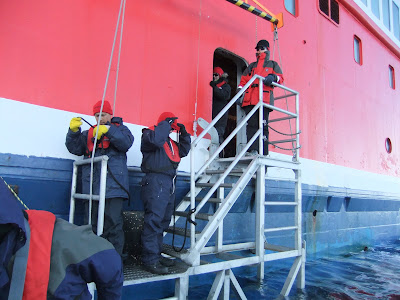 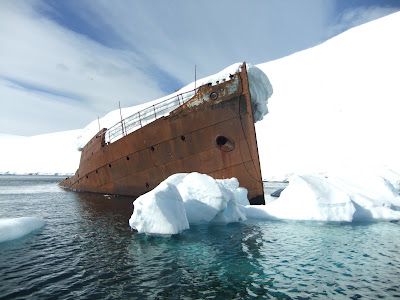 The shipwreck – The Governor. 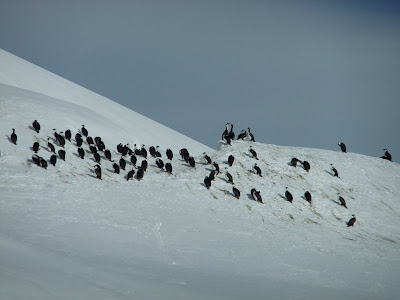 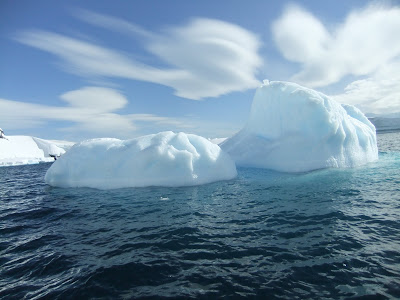 One of many icebergs. 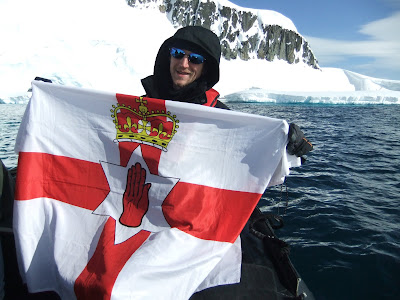 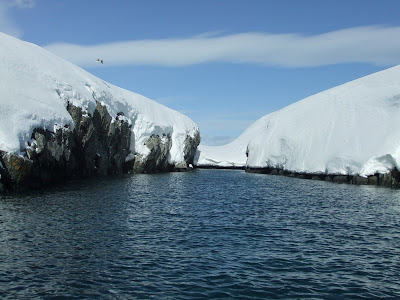 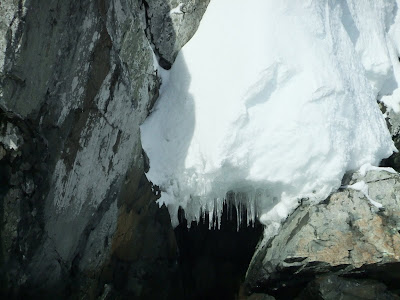 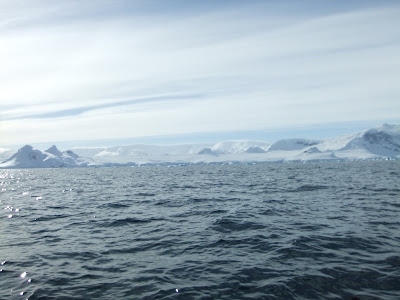 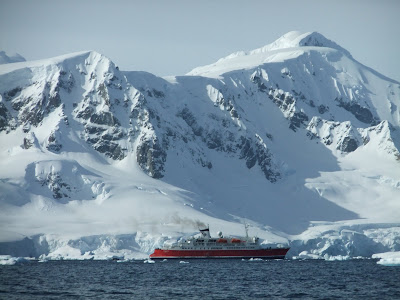 Ship from a distance.
Soon we were back on the Zodiacs and ready for a thrill of a lifetime- a trek up the snow hills at Cuverville Island.
Key Song –
NEIL FINN – HOLE IN THE ICE:
CRUISING ROUND FOYN HARBOUR:
PART 1:
PART 2:
PART 3:
A BLUE ICEBERG AT FOYN HARBOUR, GERLACHE STRAIT:
Related Stuff:
FOYLE RIVER, LONDONDERRY, NORTHERN IRELAND:
The River Foyle (from Irish: an Feabhal)[1] is a river in west Ulster in the northwest of Ireland, which flows from the confluence of the rivers Finn and Mourne at the towns of Lifford in County Donegal, Republic of Ireland, and Strabane in County Tyrone, Northern Ireland. From here it flows to the City of Derry, where it discharges into Lough Foyle and, ultimately, the Atlantic Ocean. The river separates part of County Donegal from parts of both County Londonderry and County Tyrone. The district of County Donegal that borders the western bank of the River Foyle is traditionally known as the Laggan. [1] This district includes the villages of St. Johnston and Carrigans, both of which are nestled on the banks of the river.
THE CRYSTAL MAZE:
The Crystal Maze was a British game show, produced by Chatsworth Television and shown on Channel 4 in the United Kingdom between 15 February 1990 and 10 August 1995. There was one series per year, with the first four series presented by Richard O’Brien and the final two by Ed Tudor-Pole, who made his debut in the 1993 Christmas special. Each show was one hour long, including commercial breaks.
RICHARD O’BRIEN IN THE CRYSTAL MAZE:
Worst crystal maze contestant of all time:
Join 15,017 Monthly Readers! If you enjoyed this article and LOVE travel and SAVING money, get e-mail updates from Don’t Stop Living – a lifestyle of travel! (It’s Free) 😉 Jonny