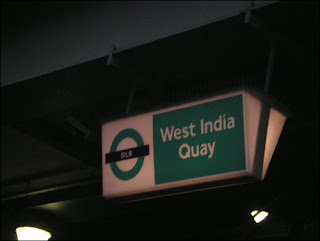 Thirsty Thursdays: Countries of the World Pub Tour in London (10 nations in one day)

The question which really needs to be asked at this point is: how the fuck do you do a ‘countries of the world pub tour’ in just one day? The answer is easy go to London. You’ll notice that place names in London are named after countries quite a lot, obvious examples are China Town, Swiss Cottage (for Switzerland), Holland Park (for The Netherlands) and Cyprus. Some of these are tube or train stations, some of them are just places. Either way the deal was to meet at 10 am, gather loads of mates up during the course of the day and party into the long hours, having successfully done a pub in every country of the world, without needing a passport or even leaving London. Simple really, all it needs is a bit of planning and a bit of enthusiasm, along with an eager wallet and a thirsty gob! I did this crawl with 7 others on my birthday on Friday 30th March 2007. I turned 27 that day and wanted to experience different countries in London. 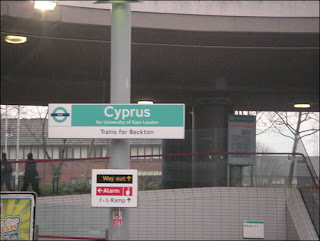 The day started when Hazel’s mate picked me up at my then house in Dartford. We caught the train to India, our first country, where we enjoyed some Pear Cider by a Wet Thames. We got out at West India Quays and then stayed on the DLR where we went to Cyprus. At Cyprus we experienced our first difficulty and coincidence. There were no bars, but there was a university, so we decided to blag our way in there. For me it would be no problem, as I had a student card. For Hazel, it would be harder. No problem though as the lady on the door by total coincidence was Emily Alexander, who by bizarre coincidence had studied the same course (at least for 1 year) as me in Bournemouth University. She let us both in for nothing and suddenly we were drinking £1.50 in London in a student bar. We then had to meet James, who had a half day from work and met us at Canada. We got off at Canada Water and enjoyed a wee dander down to Whelan’s pub, near the Millwall football ground, I had been there before!! After that pint, it was an easy Jubilee Line route to Switzerland, or Swiss Cottage as you’d believe as you exit the station and head for the gorgeous Swiss Cottage Pub. James and I love our beers, and in there we had two of Samuel Smith’s finest. Hazel ain’t shy on the beers either though Smirnoff Ice tends to be her tickle. We had now been in India, Cyprus, Canada and Switzerland. Off to the Netherlands next… 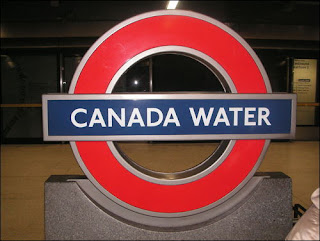 On exiting Holland Park station on the central line, we noticed a pub called The Castle. It was hardly that, but we were cruising through countries faster than a 1980s ‘Wish You Were Here.’ I didn’t for once wish I was anywhere else. James and I then got calls from Neil and Zoe to say they were on their way, as they were finishing work soon. By that time it was late afternoon. The Castle also served Strawberry Beer which I love and devoured. We chatted to some random types and invited them on the rest of the crawl, strange how people turn down such a beautiful offer from us, well they lose the wisdom I bring and the destiny to remain in my company. It was off in search of Northern Ireland now. That was the one country we had to have a beer in, as it was my birthday. James and Hazel suggested we do an irish pub or a pint at Island (almost Ireland) gardens, but that wasn’t enough for me. I had to have a pint in a pub with a more Northern Irish link. We did consider The Bricklayers Arms in Tottenham which was owned by a guy from Northern Ireland. However I got the old A-Z out and found an Ulster Street. Suddenly I would find myself in Northern Ireland drinking. I also took my flegs with me and got photos next to the street sign, before we scrambled our way past no RUC check point into The Green Man pub. That pint was as refreshing as a new naked photo of Charlotte Church. The latter didn’t happen, but we did then catch up with Neil and Steve in time for the next country… 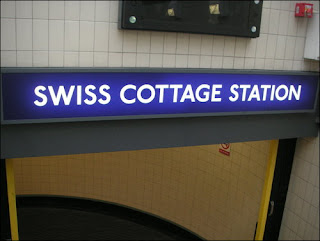 Which was going to be the Bank of England, but that was closed and on the way through I hopped out myself and did a quick pint by New Scotland Yard, just to add Scotland in. The pub was on the corner of St. James Park near the sign. I couldn’t remember by that point, but caught a district line just in time for an English pint, that being at the Wetherspoon’s in Victoria. It couldn’t get more English than that unless the Queen had invited us for a swift half in Buckingham Palace. At that point there were four of us, with four more to come. Hazel and I were fairly pished, with James on his way and Neil just starting. We then sped down the circle line to Waterloo to meet Steve, Flavia, Zoe and Pete who had all either arrived on trains or finished work. I’m not sure why, but we had a pint at Waterloo. That wasn’t a country, though if any consolation would help us, it was a battle, which ultimately involves countries… 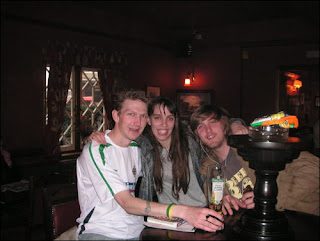 I think I must have forgot the visit to Denmark Hill in between times, where we found the bar at the station also doing Strawberry beer and played board games in there till we got bored. We dandered out of the Phoenix and back into central London, where a pint at the Wellesley was just to wait on Zoe and Pete to catch up, before we would all head to Leicester Square in search of more countries. That’s where it ended, well in China Town, or the St. Morritz Club on Wardour Street, Soho. We had done 10 countries in a day, and somehow missed out the Princess of Wales pub at Charing Cross. Ah well. It was a great laugh and a good bit of spontaneous fun, two years on from the Monopoly Pub Crawl and one year on from the Football Grounds Crawl. I’d recommend it and remember make up your own rules cos there aren’t any! 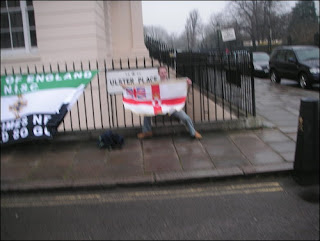 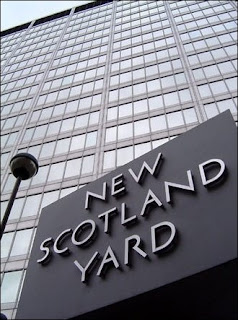 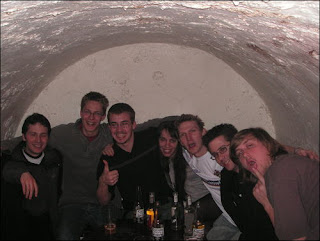 2 thoughts on “Thirsty Thursdays: Countries of the World Pub Tour in London (10 nations in one day)”