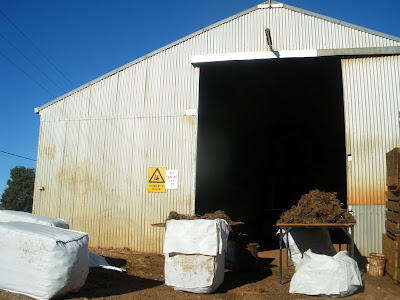 A bit later than billed comes today’s Working Wednesdays – been dying in bed with a fever so haven’t had the energy to type anything in the last 24 hours. What does harvesting echinacea mean?? Well actually it just an elaborate way of saying “echinacea cleaning”, or “echinacea purifying” basically. The process that goes from getting echinacea from the soil to be transported to factories for packaging. 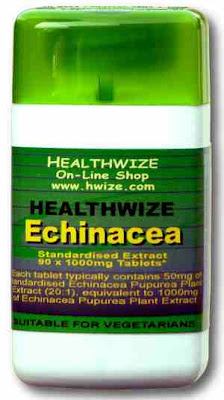 Getting the echinacea ready to be used for vitamin tablets and medicines. 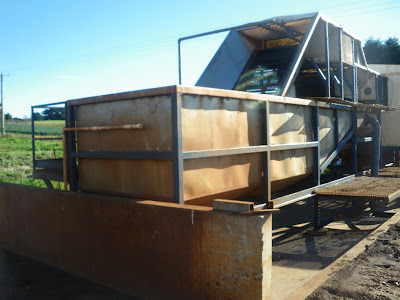 It was on a short break from the cauliflower harvesting that the chance to work on yet another type of harvesting arose – Echinacea. 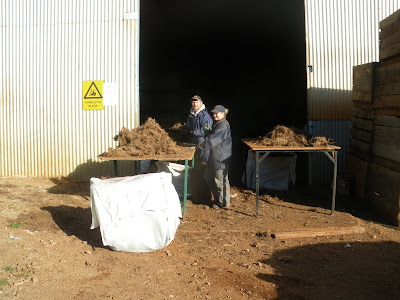 It was another great experience to work on and something to say I’ve done and contributed to. 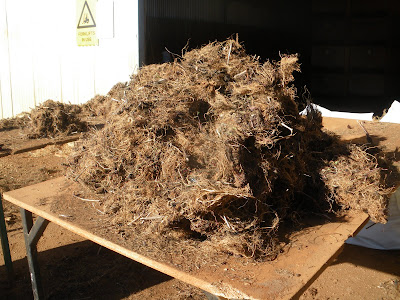 One chilly Monday morning in June 2010 I drove to a farm near Braddon’s Lookout at Forth, northern Tasmania. First up I visited the lookout point at Braddons itself to enjoy the morning view and sunrise. 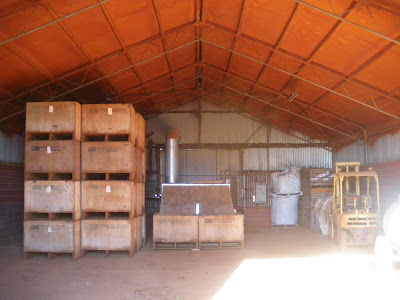 Then once at the farm I was introduced to all the staff, it was run by Ashley from BRA (Botanical Resources Australia) and we basically had the first day to go through every chunk of harvested echinacea that had been dug up and harvested. 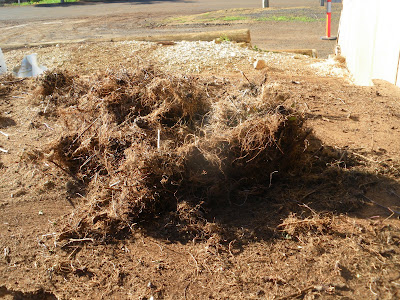 We had to shake the mud off them, ready to go into the machine and be fully cleaned and purified before being shipped to Queensland. 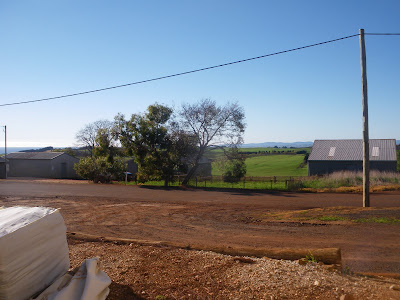 The farm was on a sharp corner high in the countryside between Forth and Lillico. 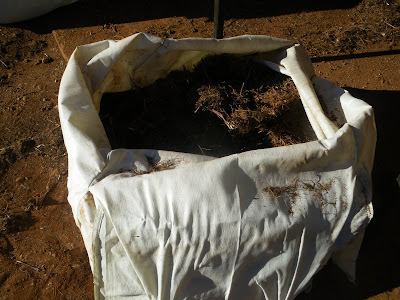 We had white sacks filled with echinacea. 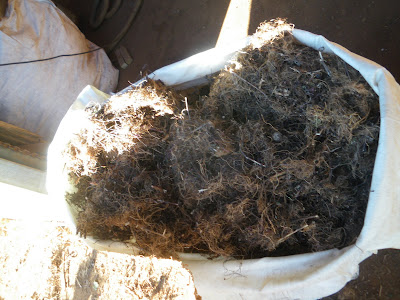 The echinacea is actually contained in the roots of the plants. 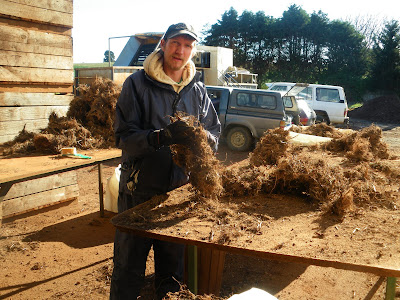 Using these tables we stood there all day going through each echinacea plant. 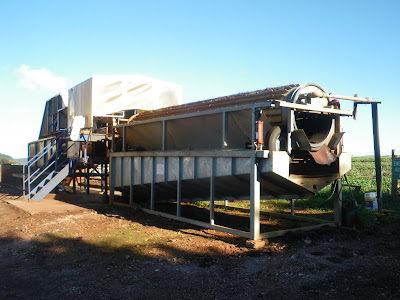 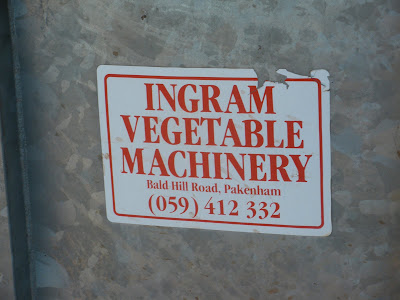 …the machine was made by Ingram Machinery. I thought of my mate Richard Ingram! 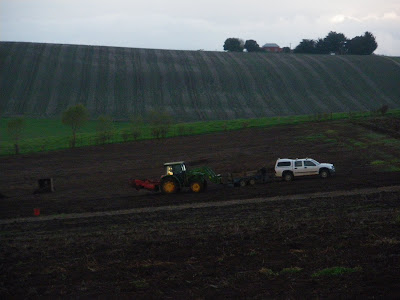 The next three days on echinacea involved being out in the field harvesting it. 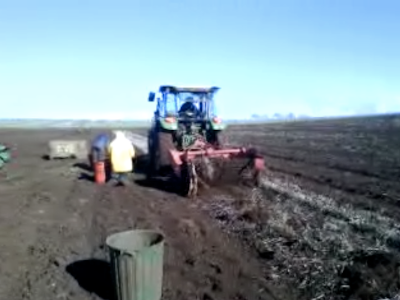 The tractor had a harvester on the back which could do just one row at a time, digging up the echinacea from the soil ready for us to shake and put into boxes. 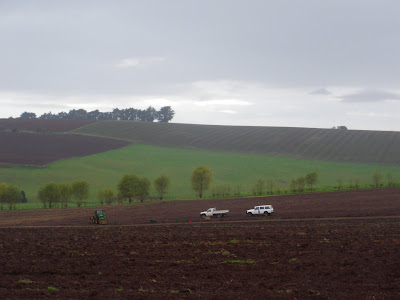 When the echinacea roots were dug up by the harvester they still had a lot of mud on them, so we had to break them up. 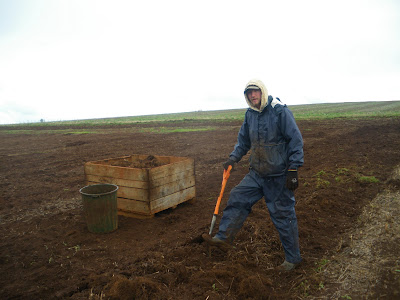 Some of them were very tough and the soil was hard and required a fork, and re-digging by hand. 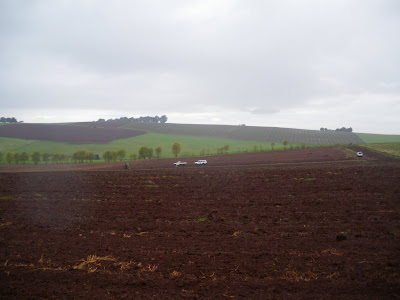 We worked our way down each row. 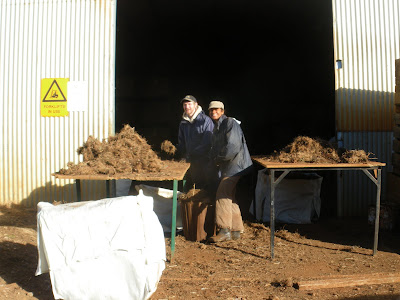 There must be a lot of money in echinacea farming as the field was vast, they do it every year, and there were a lot of staff working on it, so high labour cost. 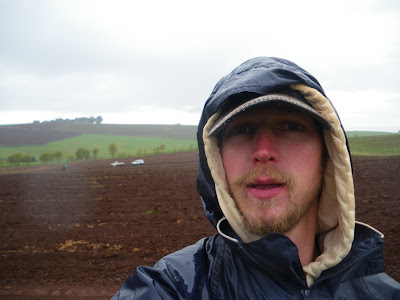 On the last day I did echinacea farming, I wasn’t entirely sure it would be the last as there was still a fair bit more to be harvested in the same field. However I was back with my team on cauliflower, and would stay on that until my final day in Tasmania. When I completed almost 5 months of continual harvest work. 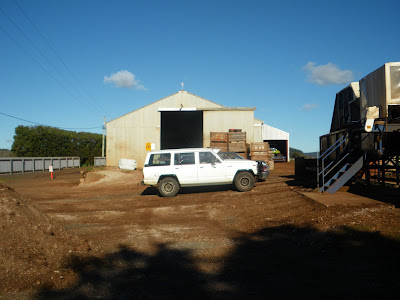 Echinacea is a very useful drug for curing colds. While harvesting it you could smell the scent off it.
Who I Worked With – Jai, Matty, Tim, Ashley, Tyson, Tycho (all Australian), Anais, Mathilde (French), Karl (English), Jean Luc, Vivien (German)
Where I Worked –
– An echinacea farm near Braddon’s Lookout, Forth
– An echinacea farm on Lillico Road, near Lillico
Days I Worked On Echinacea – 4 (after that it was back onto the cauliflower harvest)
Milestone – It was the first day of harvesting echinacea that completed my desired and essential 88 days of harvest work. This meant I could get a second working holiday visa for Australia. I went on to do a further 9 shifts only anyway, ending up with 97 days of harvest work in total.
KEY SONG – Echinacea and the Bunnymen – Nothing Lasts Forever:
CLEANING AND PURIFYING THE ECHINACEA AT BRADDON’S LOOKOUT, NEAR FORTH:
ECHINACEA HARVESTING AT A FIELD IN LILLICO:
FINISHED ECHINACEA HARVESTING IN LILLICO:
Join 15,017 Monthly Readers! If you enjoyed this article and LOVE travel and SAVING money, get e-mail updates from Don’t Stop Living – a lifestyle of travel! (It’s Free) 😉 Jonny

5 thoughts on “Working Wednesdays: Harvesting Echinacea in Forth, Tasmania, Australia”