“Slide away and give it all you got” – Noel Gallagher

While visa issues continue to dominate traveller’s dilemmas, mine included, it is always nice to keep an eye on the passport and visa situation every January. This is because it normally changes every January. For example in 2017 Belarus changed their visa policy to allow a new “5 day visa on arrival in Minsk” and in 2018, Benin now offer an e-Visa for many nationalities. Currencies sometimes change too – I deliberately backpacked Lithuania in January 2015 to see how they coped and reacted with the sudden change to the dreaded Euro that week. India and Vietnam have also introduced e-Visas since I backpacked the brace. China has also introduced a 72 hour airport visa for some cities, and the Russian zone of Kaliningrad now also allows an e-Visa which is actually valid for 96 hours (I personally tested that one). Check this map out which shows what type of entry is required for any British passport holders:

There Are 174 Visa Free Countries for British Citizens 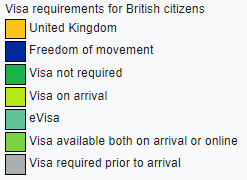 In short, if you are British, Singaporean, Hong Kongese, Finnish (and a few others), travelling is easier. As of today, holders of a British passport (United Kingdom of England, Scotland, Wales, Northern Ireland) can backpack a whoppaday 174 countries WITHOUT needing a visa in advance. Benin the latest easy one… 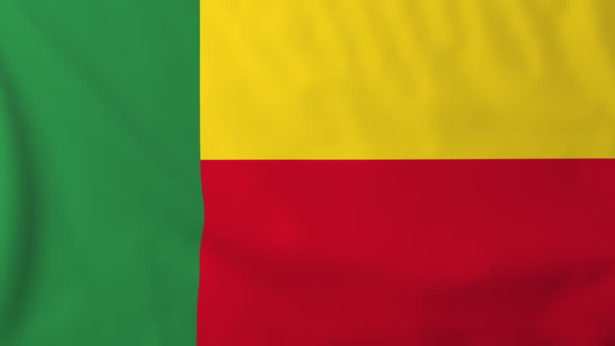 Benin is now visa free for Brits after 1st January 2018

As I chase down a list of 200 countries I want to visit, using my Northern Irish nationality to nab a British passport and an Irish passport, this means that maximum only 26 of them will require visas in advance from embassies, or if you go by the United Nations list you will only need visas for 33 countries if you are British, not including the list of wacaday micronations or those with special permits:

(those in bold I have already been to)

Exceptions:
Iraq (visa needed for the non-Kurdish part but visa on arrival in Kurdistan)
China (144 or 72 hour visa at some airports now)
Kaliningrad, Russia (96 hour e-visa now available)
Benin (e-visa now available)
Cuba (tourist card needed)
Somalia (you can get a visa on arrival for Somaliland part only)
North Korea (you can enter inside the DMZ officially but without a visa, stamp and it’s only for a few minutes)

Visa requirements for British citizens are administrative entry restrictions by the authorities of other states placed on citizens of the United Kingdom. As of 1 January 2017, British citizens had visa-free or visa on arrival access to 173 countries and territories, ranking the British passport 4th in terms of travel freedom (tied with Austrian, Belgian, Dutch, French, Luxembourgish, Norwegian and Singaporean passports) according to the Henley visa restrictions index