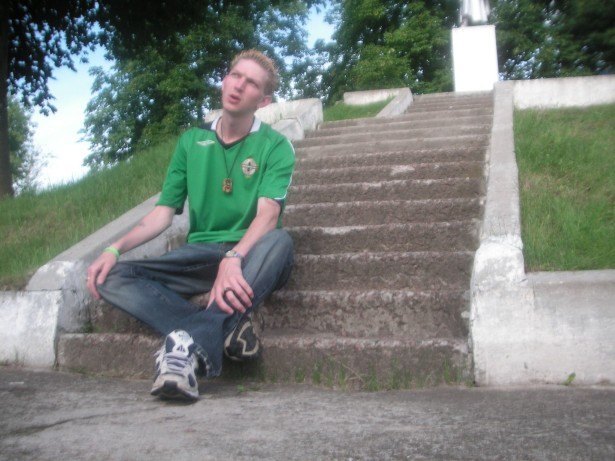 I find it hard to believe that it has been nine years since I backpacked my way to the unknown and non-touristy city of Bobruisk in Belarus. This obscure journey was the story I wrote for Shaun Schofield’s book “Albania to America”, my debut as a published author came from Belarus would you believe! And while I contributed a lengthy chapter to Shaun’s excellent book, I didn’t quite ever get round to covering the sight seeing I did in just two days here in the city of Bobruisk. 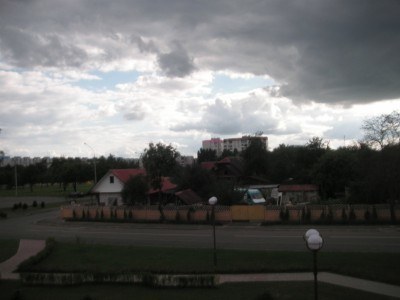 My view of Bobruisk, Belarus from my hotel room in 2007

Without a map of the city, but with a Solitudinal Sphere book and zero knowledge of Belarussian, I hit up a top 5 sights, and no more. It stops at five – that was it! A city with 5 different legitimate spellings, Bobruisk can also be spelt: Babrujsk, Babruysk, Bobruysk, or Bobruisk (Belarusian: Бабру́йск, Łacinka: Babrujsk, Russian: Бобру́йск, Polish: Bobrujsk, Yiddish: באברויסק‎). Confusing? Completely. But imagine backpacking your way there without a Belarussian Ruble, any maps or knowledge and nothing really except some Northern Irish wanderlust. 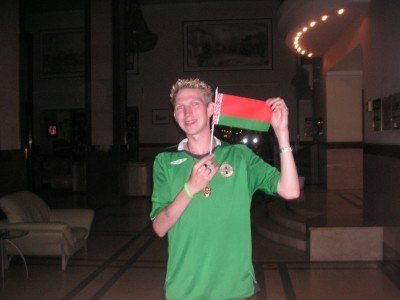 Backpacking in Bobruisk, Belarus. No seriously, where the fuck am I?!

You might also wonder why, nine years on, here in 2016 I am finally writing a top 5 on Bobruisk. But don’t wonder, I have an archive of over 2,000 articles to write!! Today is Belarus’s turn, probably inspired by the fact that two weeks ago, I was pretty close to Bobruisk again, geographically. I was a few miles from the Belarus border when I toured Chernobyl Exclusion Zone in Ukraine. Also, out of all the ex-Soviet Union countries, Belarus was actually the second one I visited, the first being Russia. 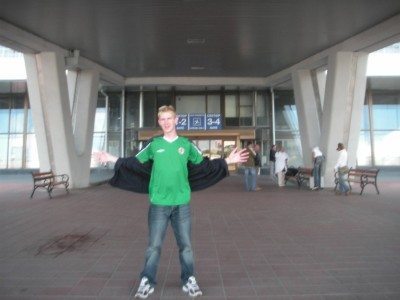 My Journey to Bobruisk
I got a train from Minsk to the city of Bobruisk. It was July 2007 and I bought a beer at Minsk train station bar which was about 18 pence. It is still the cheapest beer I have ever bought from an actual bar and it was damn good. I was travelling alone but I was pretty excited back in those days. I had nobody to impress, I had nothing to lose. I had just started my travel blog, too. 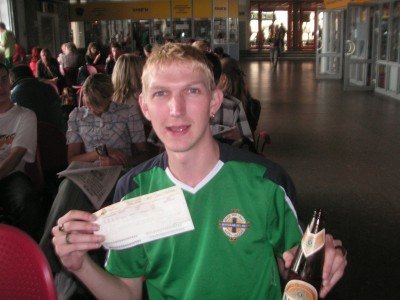 18 pence for a beer in Minsk, Belarus

I chatted to a local lady called Taisa on the train to Bobruisk, however if I recall she got off earlier and I ended up hitching a ride on a Lada from the train station to my hotel. Hotel? No hostels and in 2007 there was only one hotel in Bobruisk, well on Google anyway. 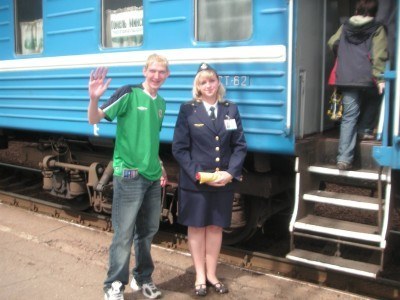 Where to Stay in Bobruisk
I stayed in Hotel Tourist. It was the best and only hotel in Bobruisk at the time. Its location was a bit shit and I got a taxi into the city centre and walked back out again. The rest of the time I was with the Irish Football Association. David Currie from the IFA looked after me immensely as I was on the coach with the Northern Ireland ladies team. 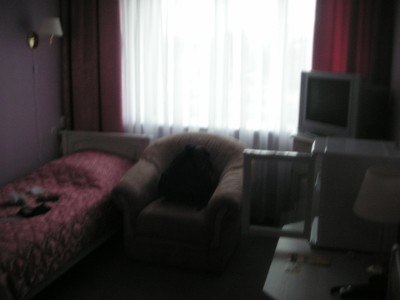 My room at Hotel Tourist, Belarus

I had my own private room. I didn’t take many photos in those days or videos etc. but you get the idea. I was on the third or fourth floor. There was no backpackers hostel there in 2007 and the city was not far from the Belarus side of the Chernobyl Exclusion Zone. 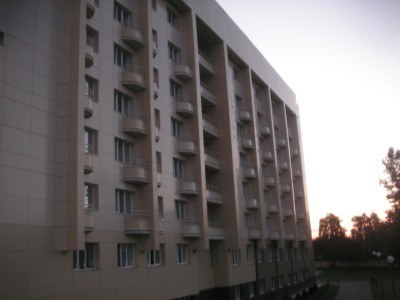 I just checked online and the Hotel Tourist in Bobruisk, Belarus now has its own website and with an English translation, how cool! 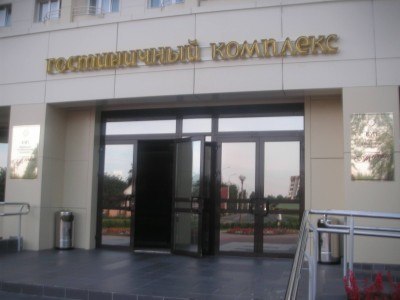 Once at the hotel, I had some time on my own and got some sight seeing in. The rest of the time I was with the Northern Ireland ladies team and officials. Here’s my 2007 top five from the lonely city of Bobruisk, Belarus. 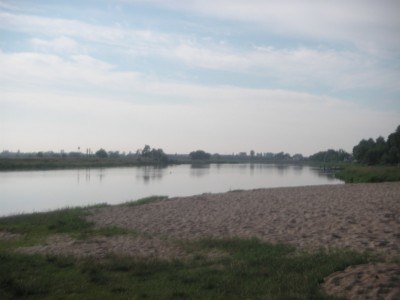 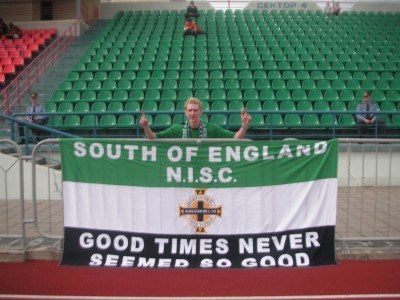 Yes, I’m the only Northern Ireland fan at the Sparta Stadium in Bobruisk, Belarus

We headed to the Sparta Stadium, the home of Belshina Belarus, a team that actually play in red and black stripes, the same as AFC Bournemouth and Crusaders FC. However the seating was green, yellow and red. It was a small and compact stadium. On the day, despite my lunatic singing, Northern Ireland ladies team lost 5-0 to Belarus. I got to meet the entire teams of both countries and some excellent souvenirs. 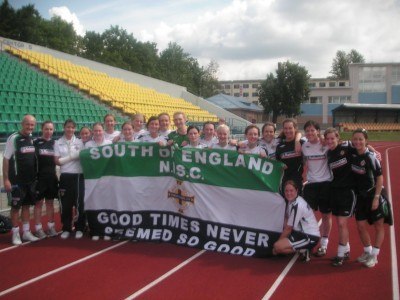 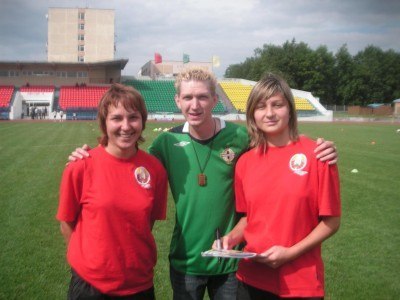 With some of the Belarus ladies team.

Did I fancy some of the girls playing? Yes, probably about 90% of them, on both sides! 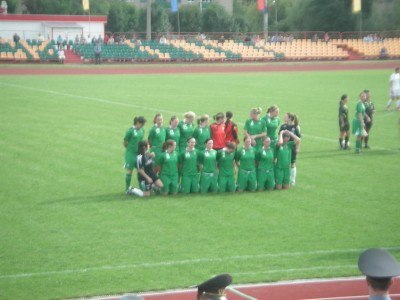 The sexy Northern Ireland ladies team line up in Belarus, 2007 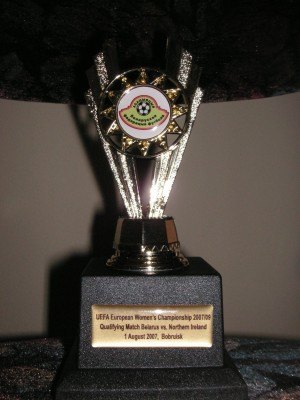 A gift I received from the Irish FA for being the only NI fan there.

2.Bobruisk Green Library
Next up get your fix of truly bizarre buildings. I wandered aimlessly around the city centre with a few locals raising an eyelid to me as I took photos. The green library shone out as a key building. I didn’t go inside. There were at least another 10 obscure buildings here. 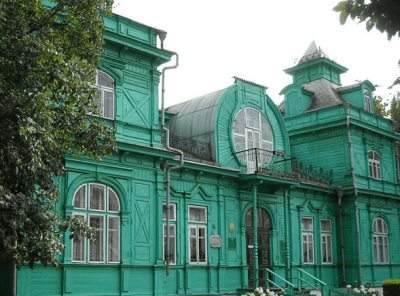 3.The Berezina River
Our Hotel was right next to the Berezina River. The river seemed dirty and polluted but relaxed. I met a few local people walking alongside it on my two separate wanders. There was some information there written in Russian/Belarussian and a ton of crazy Soviet head busts and statues. 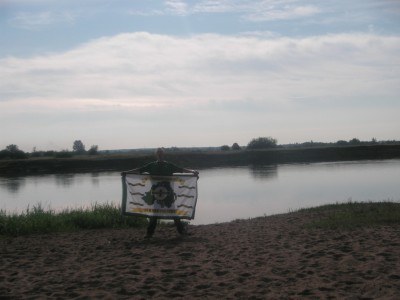 By the Berezina River in Bobruisk, Belarus

But more importanly of note is that you are visiting a UNESCO World Heritage Site here. The Berezina Preserve by the river is in the UNESCO list of Biosphere Preserves, something I had no idea about until my visit. 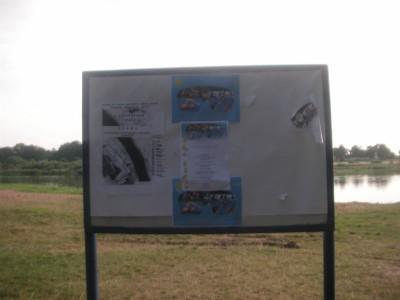 An information board by the Berezina River 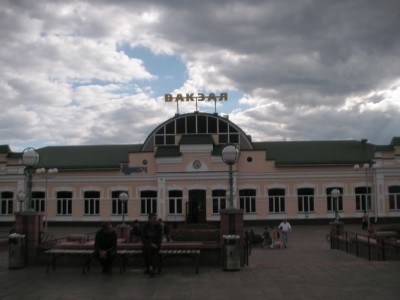 5.St. Nicholaus Cathedral
I only really visited one church and saw one religious building in Bobruisk. I headed to the prominent Cathedral. I have no idea if the Cathedral is still there, or its the one I saw, or if it is called St. Nicholaus! It was a long time ago and like I say I didn’t take as many videos and photos back then, kind of wish I had taken more videos. But hey, this is the journey. 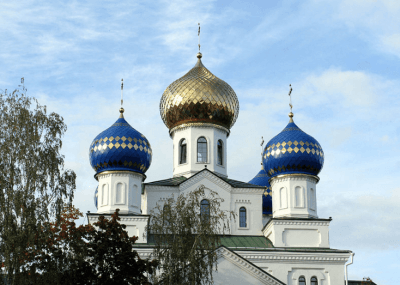 As well as hitting up those five, I had a few beers in the hotel bar and joined the Northern Ireland team for a training session and team talk. It was all crazy. At the time, I read up on the sad history of Belarus, finding out the country lost 1/3 of its population during Stalin’s reign and before that, Hitler’s Nazis had invaded the city of Bobruisk, killing Jews and sending them on trains bound for concentration camps in Poland. A Jewish Memorial was in a park in the city centre. And even after all that shit, the Chernobyl Disaster in 1986 caused Belarussian towns and cities to be evacuated forever and Bobruisk is a city which suffered too. So please, spare a thought for Bel A Rus, literally meaning “White Russia”. The Soviet era hasn’t quite passed this little country by just yet and I loved my time there. 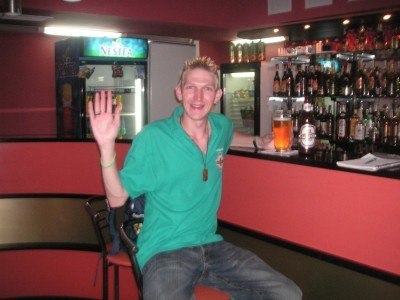 Thirsty Thursdays in the Hotel Bar in Bobruisk, Belarus (about 40 pence this time)

As I read up on more Lenin era Communist ideals here in Kyrgyzstan, to the people of Bobruisk, thanks for the memories, including your ugly porridge. Who knows if we will meet again, some sunny day. 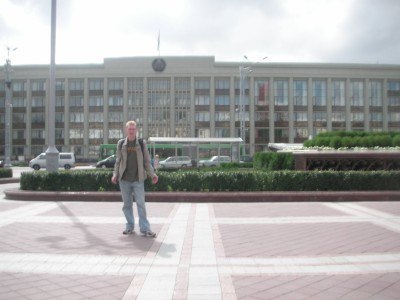 With thanks to David Currie, Alfie Wylie, the Irish FA and the Northern Ireland girls including Ashley Hutton who grew up in the same neighbourhood as me. As I remember fondly, this tune was played everywhere in the country on my trip:

And I made some very short videos in Bobruisk back then:

14 thoughts on “Backpacking in Belarus: Top 5 Sights in Bobruisk”