Do you want to schedule your film shoot in Anaheim, but don’t know where to look? Here are the perfect locations where you can capture the city’s multicultural history and joyous character as authentically as possible. 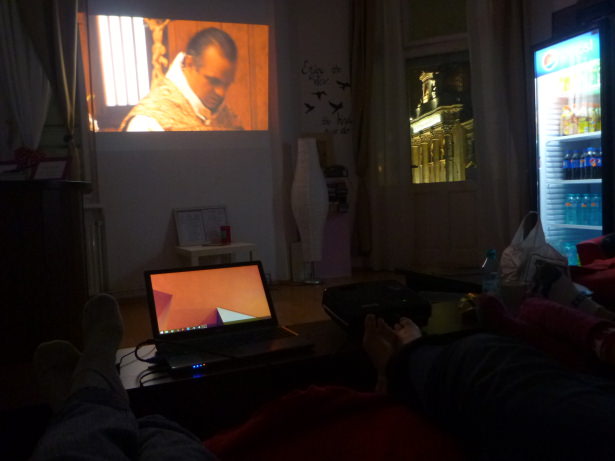 Founder’s Park is one of Anaheim’s most cherished cultural monuments.

It is a celebration of the city’s heritage and a portal into times past, featuring two beautifully preserved homes: Mother Colony House, built in 1857, and the two-story Woelke-Stoffel House, a Queen Anne-style residence constructed in 1894.

The park emphasizes Anaheim’s agricultural splendor, primarily because these buildings were crafted during the city’s citrus era. The majestic Moreton Bay Fig tree that persists upon park grounds serves as another token of this period, surrounded by 19th-century walkways and trails.

The architecture and nearby features listed below are perfect for crafting a period piece, transporting your viewers into a world they’ve only imagined thus far.

Filmmakers who want to infuse a hint of the past in their production will deeply appreciate this location. It stands in homage to Anaheim’s past and will provide a historical air about your film that cannot be replicated in a studio.

Infuse the Spanish influence of The Griffith House into your film

The Griffith House is another breathtaking venue hidden within the city of Anaheim. Unsurprisingly, it’s a favorite among California’s wedding venues, given the romantic scenery, accented by the superb gardens and Spanish architecture.

Constructed in 1925, the quaint home is graced by a rustic roof patterned with rich, red tiles. The cream walls gently contrast the roof, completing the residence’s vintage appeal.

Filmmakers shooting productions featuring a wedding or domestic scenes portraying families with Spanish heritage would do well to capitalize on the Griffith House’s aesthetics. Plus, you can take advantage of other parts of the property, including the chapel inside the house.

The breathtaking stained-glass windows provide a colorful backdrop to your scenes. Outside, shoot your actors underneath the twinkling lights’ gentle glow as they sit on the edge of the fountain.

Surrounded by full trees, luscious green grass, blooming flowers, and the soothing sound of trickling water, your leading actors will be flawlessly staged for a romantic scene that’ll have your audience swooning.

Travel to the ARTIC, where all journeys coalesce

The ARTIC (Anaheim Regional Transportation Intermodal Center) is the hub of transportation within the city of Anaheim.

Here, Anaheim residents from all walks of life come together, whether they travel by train, bike, taxi, or bus, making this the perfect location to place your character at the crux of a big journey.

In addition to its significance concerning travel, the ARTIC stands out due to its architectural grandeur.

This 67,000-square-foot building is an icon in Southern California, encapsulating architectural styles from the ’20s. It’s inspired by this era’s “aerodromes,” which functioned as storage locations for blimps.

Today, those machines are seen as relics. Yet, they were a central mode of transportation for Anaheim residents.

The ARTIC is the perfect location to emphasize an urbanized lifestyle for your film’s characters. In addition to its jaw-dropping design, it stands between two of Southern California’s most well-known buildings: the Angel Stadium and Honda Center.

If you’re looking to depict an exciting city life to set the scene for your production, the ARTIC is the ideal venue.

The Promenade is the perfect film shoot location to add a bit of city spark to your production. It rests at the heart of Anaheim’s historical place of commerce and is currently undergoing a “revival” of sorts as modern curated shops and artisan diners pop up in the vicinity.

Follow your characters as they walk through the streets of Anaheim, passing vintage architecture, the locals’ favorite eateries and boutiques, a charming farmer’s market, and even picturesque festivals.

If you schedule your shoot at the right time, you can catch one of the street fairs like the Anaheim Halloween parade, the perfect opportunity to pay tribute to the city’s past and modern culture in your piece.

As a bonus, the Center Street Promenade is home to the renowned Carnegie Library, Muzeo Museum, and the Rinks at Anaheim Ice. A stroll down this path is just what you need to capture the city’s most treasured landmarks, all in one go.

What’s better than booking a film location and giving to a charitable cause at the same time? At Riverbed Farms, you can do just that when you book a film shoot at this venue. Although it’s most often reserved for weddings, this location is ideal for film shoots in wide open, natural spaces.

With each rental space they offer, Riverbed Farms’ operators can provide several hundred pounds of fresh food to those in need, provide resources for individuals without a home, educate schoolchildren, and so much more.

The sprawling gardens and numerous raised beds provide ample opportunity to capture a rural lifestyle on film. The charming wooden buildings, including beautifully designed sheds and pergolas, create the perfect environment for a tranquil, romantic, or self-reflective scene.

You can even create educational pieces featuring the Farms’ educational efforts in aquaponics, raising livestock, and more.

Riverbed Farms offers a vast array of settings where you can portray as much or as little of the rural, “back to basics” lifestyle as you want, fitting for weddings, community environmental education, and so much more.

All the while, you can give back to those in need and serve a purpose greater than yourself and your production.

Anaheim is rich with history and architectural magnificence. Book any of these film shoot locations now or seek out similar film shoot venues in Anaheim to elevate your film.