My book was delayed so many times that I had to split it intill three parts and I spent 4 years editing it, after 30 years of writing it and checking it. At times, depression and liars kicked in to ensure the spillover date would be everflowing. Now I’ll split such a book into three unique parts. The first part of the “Backpacking Centurion” Trilogy will be about my childhood in Bangor, Northern Ireland up to 2008, when I still lived in Bournemouth, England but had by then backpacked to 4 out of the 7 continents. 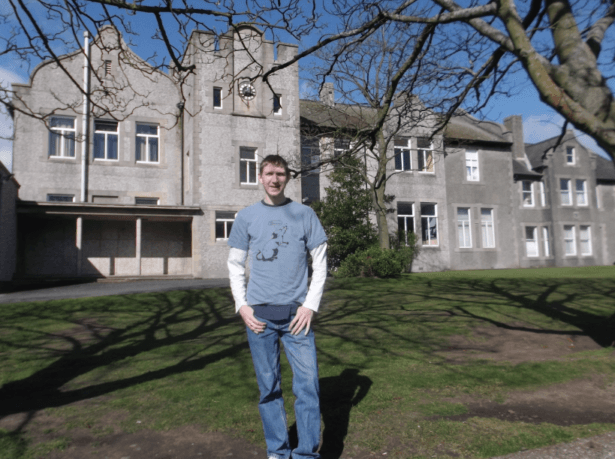 Backpacking Centurion Volume One – Don’t Look Back in Bangor

Backpacking Centurion – Volume One – Don’t Look Back in Bangor

The first volume of Backpacking Centurion begins where it all began for Jonny Blair. That means the seaside town of Bangor in Northern Ireland. The year is 1980. Jonny will take you on a “fool circle” here as he details his childhood with footballic zest. Jonny’s topsy turvy time at Bangor Grammar School is encapsulated in an enthralling chapter trilogy of teenage angst.

Weekend trips to Burnley, Colchester and Portsmouth soon became backpacking adventures to Belarus, China and Poland. The odyssey really kicked off when Jonny was in his twenties, which is where this first volume ends. It is a real life journey of ups and downs.

By the end of this volume, Jonny will have gone through failed romances, an arm and leg break and some wacky trips to lands afar watching the Northern Ireland football team. He will have you gagging for volume two, where in essence the real 100 country quest begins to dominate proceedings.