I’ve covered aspects of backpacking in Amsterdam before, most recently with last November’s write-up of the Top 5 Random Things To Do there. But now we’re in 2015 and the winter is soon fading away, tourism around Europe is going to pick up. As Amsterdam is one of the most popular destinations in this regard, it’s a good time to cover it from a different angle. Here are five things to know before you even get to the famous Dutch capital. 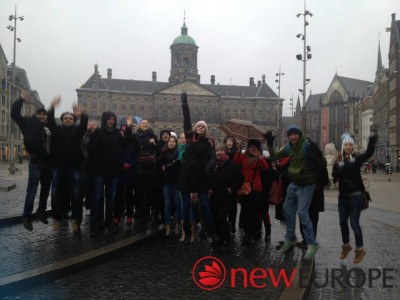 My walking tour in Amsterdam.

1. They Speak English
OK, not officially… But if you’re travelling to the Netherlands for the first time and you’re concerned about a language barrier, don’t be. The Dutch have something of a reputation for outstanding English, which makes travel for those from the U.K. a breeze. There are entire forums of conversation online about why it is that people in the Netherlands have such strong English, with responders at Antimoon theorizing that it has to do with elementary school education and that the Dutch language is similar to English. Whatever the case, don’t be too concerned. You can’t expect everyone you run into to speak fluent English, but you can expect to have no trouble getting around. 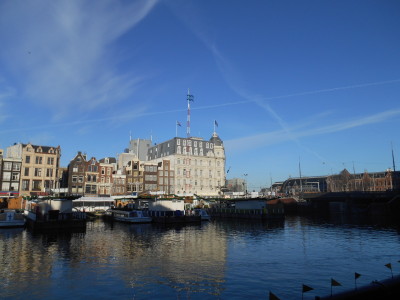 2. Weather Is Fairly Typical
“Typical” is a relative term, but again, for those travelling from the U.K. or anywhere similar, the Netherlands won’t offer any sort of climate shock. In advising travellers to the region, British Airways describes Amsterdam as having an “oceanic climate, not dissimilar to that of the U.K.” It also notes that the weather can be unpredictable at times, so packing a couple out-of-season garments for various temperatures or weather conditions isn’t a bad idea. But for the most part, Amsterdam should feel fairly ordinary from a weather perspective. This is a plus for tourists, as so much of Amsterdam—the cycling and walking routes, street side cafés, parks, museum plazas, etc.—is best enjoyed outdoors.

3. Coffee Shops Are Not Cafés
This important distinction gets to the root of the most obvious joke that can be applied to Amsterdam tourism: unsuspecting tourist walks into a coffee shop, orders a drink and a pastry, and ends up having an, erm, interesting experience. This may not sound like the worst ordeal for those looking to visit Amsterdam, but it’s still best to know what you’re getting into. So remember: a coffee shop is essentially code for an establishment where marijuana is sold (and legal), and a café is a café. 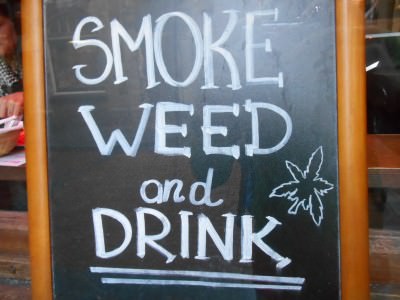 4. You Probably Won’t Ride A Bike
Look up fun or popular things to do in Amsterdam and you’re likely to see cycling listed prominently. But for tourists, or at least first-time visitors, cycling through Amsterdam is about as appealing as it would be to drive a car through London rush hour having never been to the city before. In Time Out’s “Eight Simple Rules” for visiting Amsterdam, this is pointed out with the phrase “every hour is rush hour” as travellers are cautioned not to ride bikes. This isn’t to take the fun out of things. It is indeed a fun city to cycle through, and if you’re on the adventurous side, go ahead and give it a shot. For a slightly more relaxed route, bike through Amsterdam’s Vondelpark, where traffic can be lighter and routes wider. 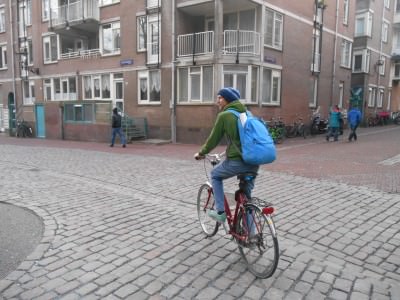 You don’t have to go cycling in Amsterdam, Netherlands.

5. Not All Great Attractions Are Named For Icons
If you take the time to research Amsterdam’s best attractions, there are two buildings that invariably come up near the top of lists: the Van Gogh Museum, and the Anne Frank House. The first celebrates probably the greatest artist ever to come out of the Netherlands, and the second is the actual location where Anne Frank famously hid from Nazis and wrote her diary during World War II. 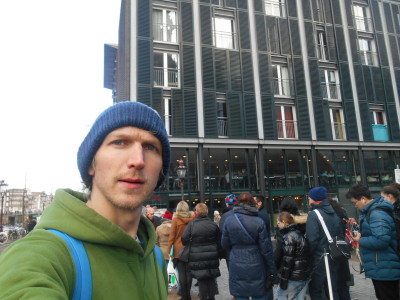 Both are certainly incredible to visit, but don’t let the name recognition of these two attractions blind you to the other spectacular destinations around the city. There are floating flower markets, beautiful parks, other museums every bit as interesting as the Van Gogh. There’s even the “Heineken Experience,” which Amsterdam.info describes as one part beer museum, one part amusement gallery. There are simply a lot of attractions and sights to take in, and the Van Gogh Museum and Anne Frank House, though fascinating, shouldn’t overshadow everything else.

2 thoughts on “5 Things To Know Before Visiting Amsterdam, Netherlands”