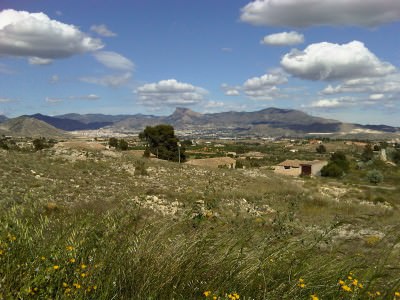 The immense charm of the country and the city near Alicante in Spain! 5 Things to do in and around Alicante.

Oh Spain, how I used to love my time travelling there, back when I was a “novice backpacker”! Aside from over indulgent parties in Menorca and Majorca, I backpacked through cities like Alicante and Valencia as well as doing them on family holidays before I upped and left my “normal life” behind. Today I’ll focus on the Spanish city of Alicante, and even better the immense countryside around it – I’ll do a random 5 things to do and see in and around Alicante, though one of my blogging buddies has a cool top 15 things to do in Alicante which you should also check out. Not only is it an unknown rural gem, but it’s fairly easy to navigate your way round. 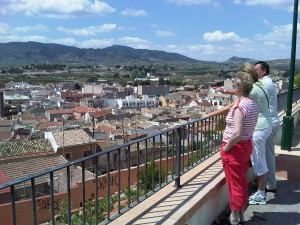 You’ll be amazed at the small town appeal and the rural ness outside the city too!

I love the honesty and laid back attitude of Spanish cities like Alicante. Plus I also admit I like the idea of a “siesta”, I’m a hard worker, but love an afternoon kip when the sun’s too hot. Alicante goes from being a city of hustle and bustle to a sleeping city mid afternoon – I managed to tour the shops and colonial buildings in the morning before finding a bar that was open to have my afternoon paella and beer in the hot sun while around me locals slept by the roadside and in their places of work. Stay in the city centre and use it as your base for your epic journeys in the region. Don’t miss the central market by the way!

The Central Market (Mercado) is worth a visit for sure.

Get out of the city to Rancho La Ofra and do Spain’s Costa Blanca (white coast) on horseback. A great experience! Stay in the saddle by the way – it’s a decent tip…

Get on a horse and ride out in the sticks near Alicante. Spain is gorgeous!

Just check out the photos (top picture and the one below). Mountains to the west, beaches to the east and a mix of Spanish towns in between with a complete lack of mega commercial impact. I really loved the Alicante region for this reason – it felt like I was a real tourist. You could go days without seeing a sports shop or a McDonalds. You tell me that’s not bliss! 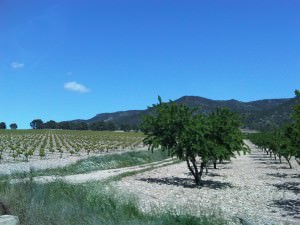 Olive trees and glorious countryside outside Alicante in Spain.

There’s an option to stay in farmhouses too, though I must admit I was there a long time ago, so my contacts have changed. Ask the hostel or hotel if you can stay out in the countryside for a night or two and they should have up to date details. Olive trees, sparse countryside and rugged landscape – it’s beautiful. This is actually a part of the world that my parents love too, so I’ve used a few of my Dad’s more recent photos here (a bit of family love!).

When I first arrived in Alicante I didn’t even realise they had a big football team as the name “Alicante FC” didn’t ring any bells. Because it doesn’t. The team here is called Hercules (de Alicante) CF and they let me into their stadium, Jose Maria Perez stadium, which seats over 30,000. I was able to walk around the pitch and see the trophy cabinet for FREE on a non matchday. I was shocked to hear that they beat Barcelona 2-0 at the Nou Camp just a few seasons ago, yet they were subsequently relegated back to the Spanish Second Division. Expect a fierce and lively crowd – Hercules de Alicante FC.

The 30,000 seater stadium of Hercules Alicante. Yes, I took this photo with an old disposable camera when I was a “novice backpacker”.

Head to Torrevieja if you want to stick to the tourist route, but if you want to get more local try checking out this beaches page for a very detailed list in English. I’d avoid going too far north – ignore Benidorm – it’s all it’s cracked up to be and worse! Here’s a few ideas on places to stay beachside now you know that Alicante is known for its coast .

You can get used to relaxing on beaches like this one.

Now this is really wetting my appetite to do Europe all over again, if you hit up Alicante I assure you, you will love it. Learn a bit of Spanish first and things will be even better, did you ever read about Benny the Irish Polyglot? You can become fluent in 3 months…here’s his Language Hacking Book. Siesta time for me on the other side of the world…videos of Alicante will come at some point when I work out how to transfer my tons of video tapes onto digital for putting on YouTube. Maybe I can ask my kid brother, who has also been to Alicante with me…this photo goes at the bottom as it’s old and not the best quality! Trust me – this part of Spain is a gem.

Exploring the countryside of Alicante with my youngest brother in 2003!!

3 thoughts on “5 Things to see and do in and around Alicante, Spain”