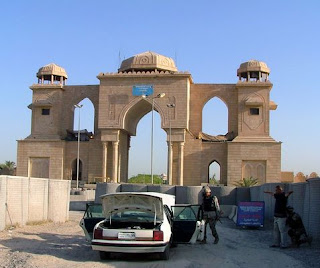 If you think that Bagdad is in Iraq, then you need your eyes tested. There clearly is no “H” in Bagdad. The one in Iraq however is spelt Baghdad. 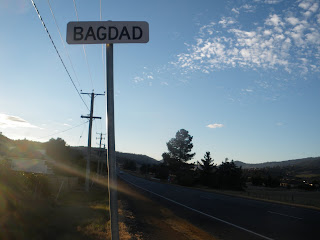 And I’d assume would be much more dangerous to visit than the Bagdad I visited. I didn’t even get stopped on the way in, or did I have to exit my car for a search. 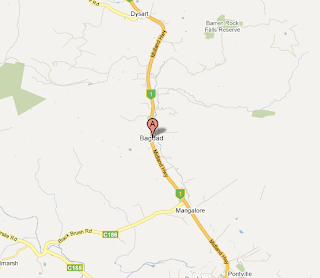 Bagdad is situated in the “Southern Midlands”, which is a mountanous mass of area between Tasmania’s two biggest cities, Launceston and Hobart. I’ve driven through Bagdad four times so far. I was intrigued by the name, so on the fourth occasion I decided to stop. It’s not like I’ll ever be there again. 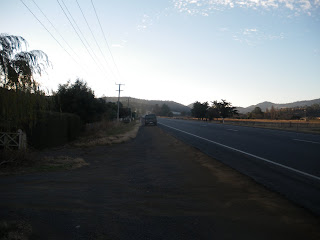 In keeping with the name, it was a dangerous enough task for me on my trip to Bagdad. I had to park my car by the side of a busy road and make sure I didn’t get runover. I walked all the way back to the entrance to Bagdad, just so I could photograph the Bagdad signpost (however small it is) on the way in. 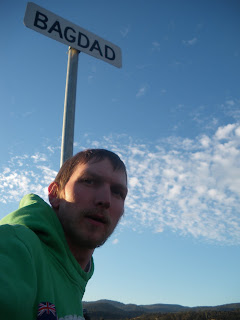 I got my photo taken by the Bagdad sign (a must, and quite frankly the most exciting part) and I then decided to have a look what was around in “Bagdad.” Not a lot. It’s basically just one main road right through the village. There are a lot of farm houses along the road, with farms in behind. 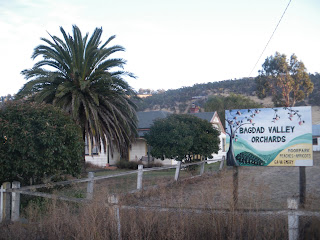 There is a local pub, a church and a petrol station. The main point of interest which I photographed was a Bagdad Valley Orchard, situated on the main road. 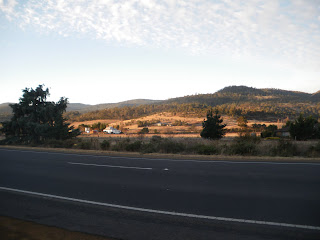 A gorgeous sun was setting when I stopped there and it looked like such a quiet tranquil peaceful little dwelling area. I wondered if Baghdad in Iraq would be quite so sombre. 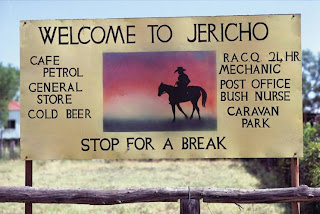 What’s even more bizarre is that on the way there I passed the River Jordan, a place called Jericho (where the signpost even looks like you’re somewhere else…) and saw a signpost for the Walls of Jerusalem. I’ve still never been to any of those places, or even The Middle East. Where the original Baghdad is. Someday.
What Is It? – Bagdad, farming village in southern Tasmania
Population – 677
Sightseeing – Forget It. Get yer souvenir photy took and drive on…
Population of Baghdad in Iraq – 7.3 million
FACT – Rumour has it that during the Iraq War, and following September 11th 2001, the Bagdad website in Tasmania was flooded with visitors, emails and comments. They got the wrong place…
BAGDAD IN TASMANIA, AUSTRALIA:
BAGHDAD IN IRAQ:
IRAQ LOSING 1-0 TIL MEXICO IN THE 1986 WORLD CUP (THE ONLY TIME THEY’VE QUALIFIED):
Join 15,017 Monthly Readers! If you enjoyed this article and LOVE travel and SAVING money, get e-mail updates from Don’t Stop Living – a lifestyle of travel! (It’s Free) 😉 Jonny