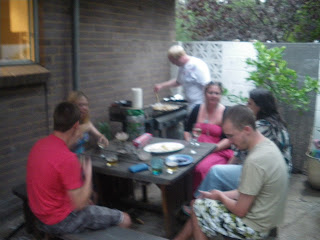 The barbecue in Aranda proved to be another random and special night. Aranda is a suburb or area in Canberra. Canberra is a big city, taking up a large area, but everything seems so far apart. The area of Aranda is a fair few miles outside the city centre. My friend from Canberra, Evan Tattam kindly offered to give us a guided tour of the city, and also the promise of beers and a barbecue. Neil, Daniel and I were hardly going to turn that down. 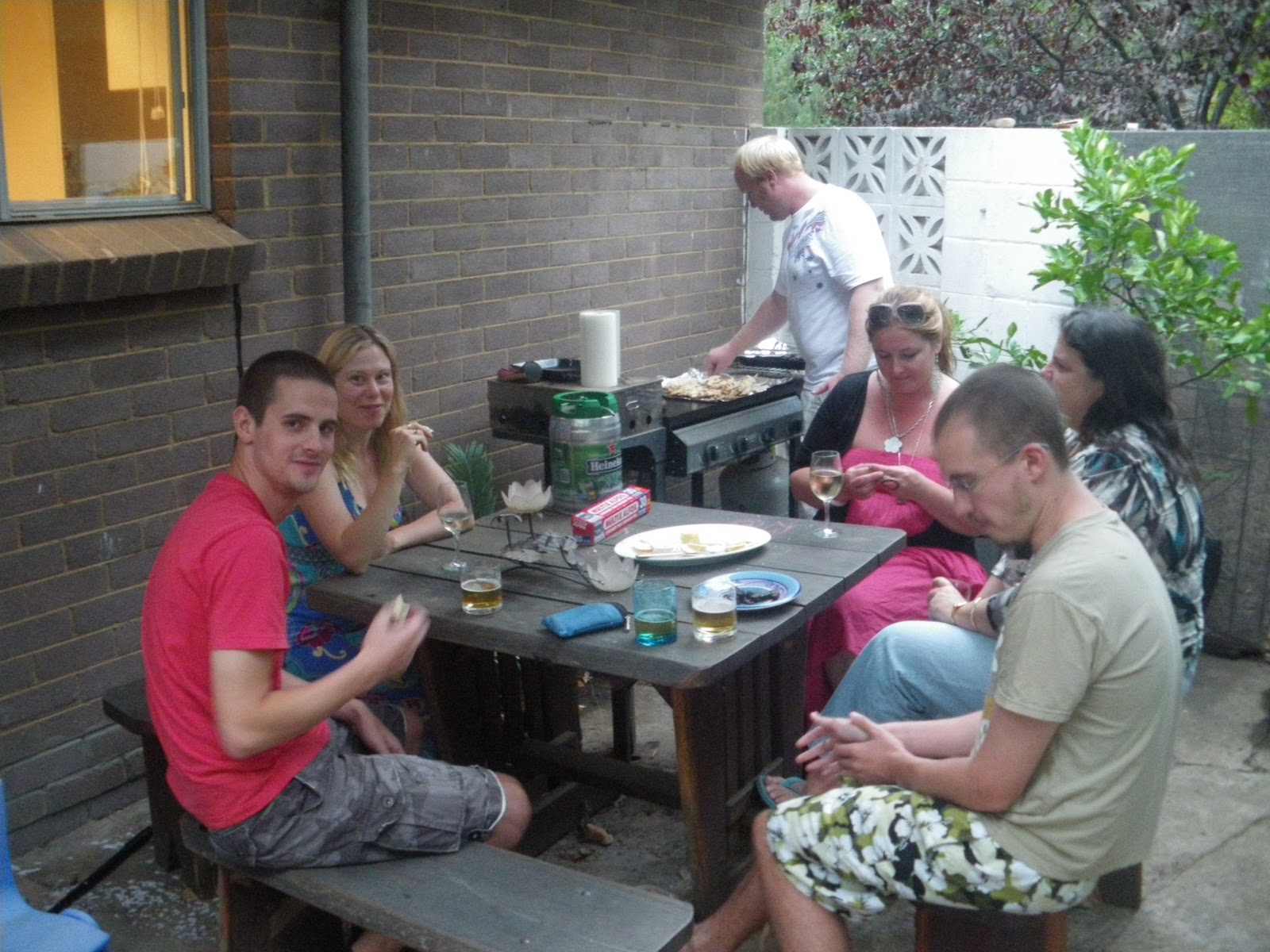 On a day which was vegemite packed, the culmination of the night would be the barbecue and beers. In Aranda. At Evan’s place. So we finished off our sightseeing with a trip up to the top of Black Mountain (by car) for the excellent views over the city and also to Casuarina Sands for a relaxing swim in the gorgeous rivers. Now it was time to go shopping and get the food and beers in. 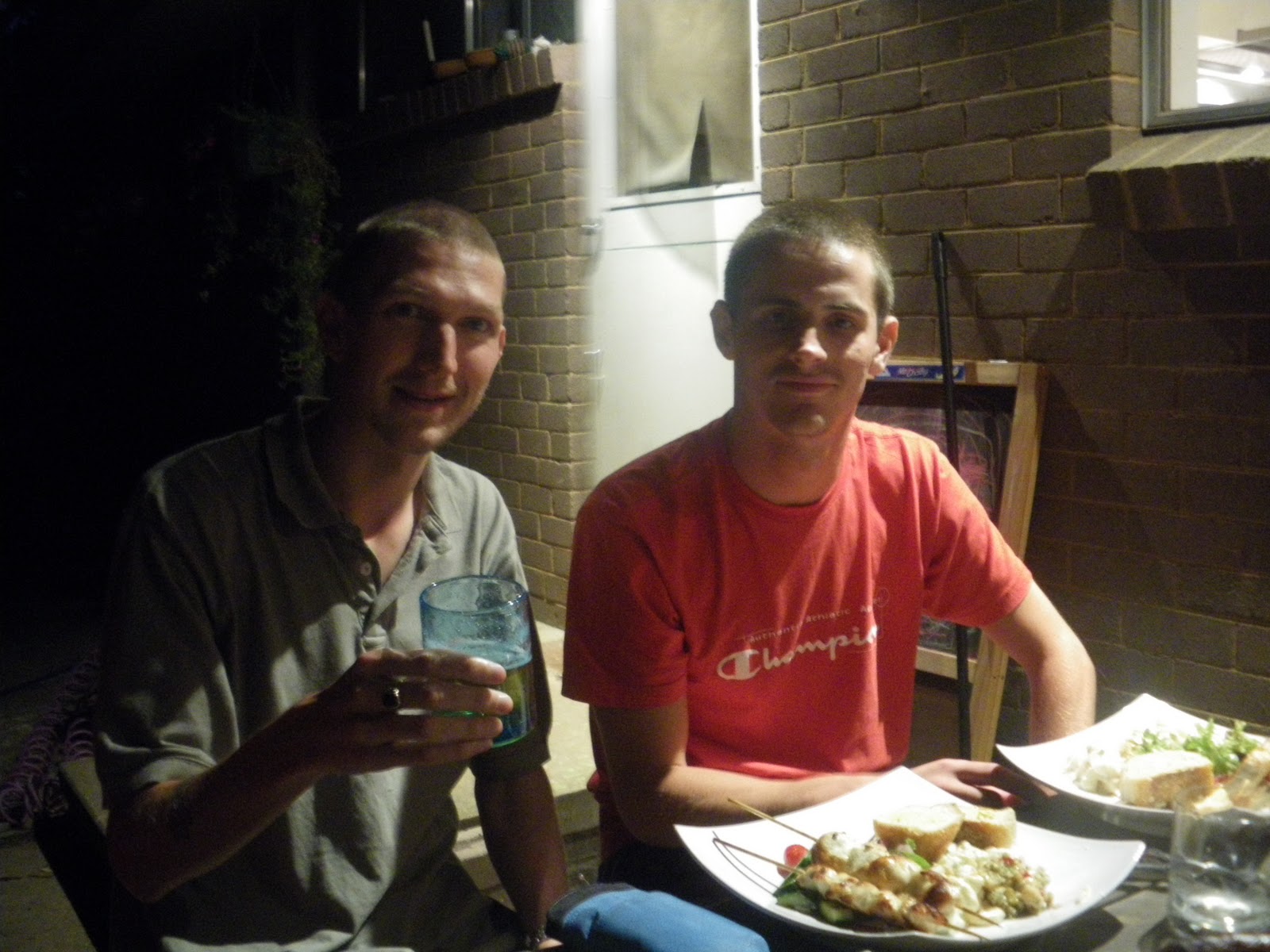 We popped into 3 different shops in 3 different parts of Canberra! I think they were at Belconnen, Cook Shops and Aranda. At the first stop, Evan picked up some Biltong and Boerewors (both South African food). I’m not sure what the link is with Evan, but he was a big fan of South African food. I had tried Biltong before while hanging out with my South African mate Chris Kruger in East Belfast some 8 years ago. Boerewors on a barbecue would be something new to try. 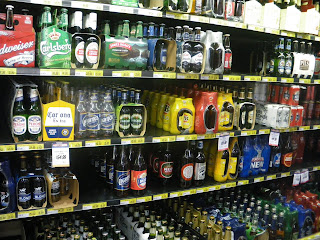 In the second shop, we got the beers in. I got a Byron Bay Premium Ale and we shared a 6 pack of Boag’s. Evan was stocking up on it as well. I took a photo of the Canberra Beer Selection and was also enthused by Kembery – the only beer brewed in Canberra. But the Kembery would wait until the following night, when I would drink one on the Greyhound bus as we said farewell to Canberra. Our third stop on the way home was at a shopping centre type area and there was a Coles and an ALDI there. Evan was getting some chicken. 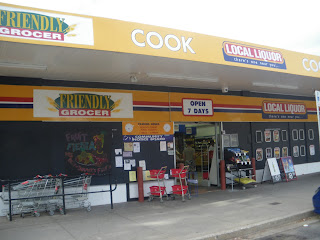 Once we got back to Evan’s place, straight away him and Emily (his wife) were offering us food and drink. Heineken on tap (he had a mini – keg) and a starter of gorgeous matured cheddar with crackers. We chilled out in his back garden. Evan had an Irish friend, but unfortunately she couldn’t make it on the night, but a few of their friends and neighbours were round. We felt very comfortable. We met their friends Karen and Felicity (with her daughter Lily) and Evan also has 2 children – Amelia and Oliver. 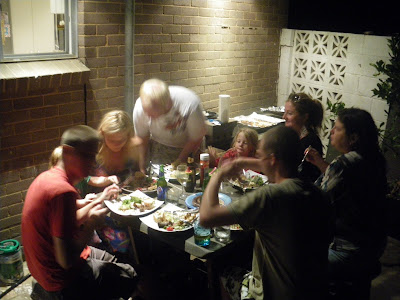 Plus Buffy the dog kept us all occupied running and chasing after a tennis ball in the back garden. Evan had the barbecue in full swing. It was starting to look like a feast on its way!! Chicken and the Boerewors were cooked, with massive sides of salad and kebab sticks. There was an abundance of food. While Daniel, Neil and I were sitting waiting, out came 3 plates with our full meal on them! A Canberra feast, for which we were most grateful. I had been eating away at the Billtong and crusty bread and cheese, and couldn’t even finish the barbecue dinner!! 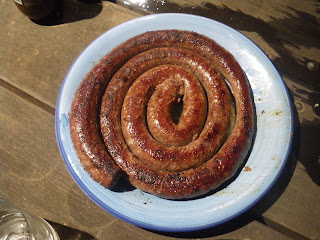 We just sat out the back drinking the rest of our beers and relaxing. Then we heard something in the trees and it turned out to be a possum. I had seen one before in Parramatta on my way home from work, but i was able to get a good look at this one and a few photos (however bad they were in the dark!) as it was nestled up in a tree in Evan’s back garden. Possums have pink noses! 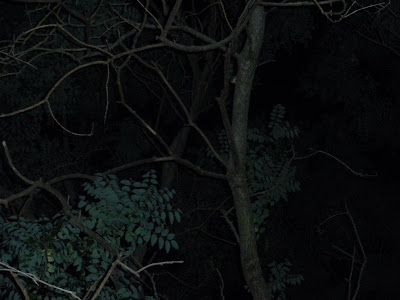 After the barbecue it started to get a wee bit chilly (really!) so we went indoors and Evan put on a film he had bought but was yet to watch. We all sat down and started to watch it. It was “Inglorious Basterds”, but I finished my beer and fell asleep on the settee. The night in Aranda was over. Evan gave us a lift back to the hostel around 3 am, we said our thank yous and good byes and that was that. 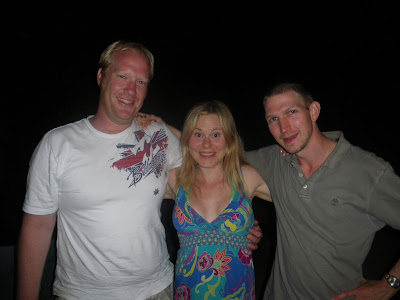 Many thanks to Evan and Emily for providing such an amazing day out for us, and an excellent barbecue.

What was it – A barbecue in Aranda, Canberra, ACT, Australia