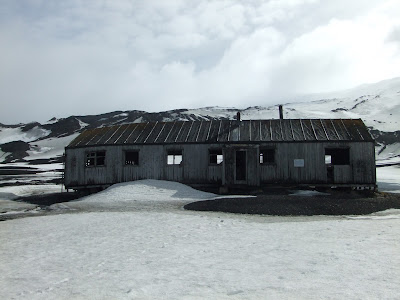 Reminders of the early James Bond film, You Only Live Twice somehow come back on entrance to the mystical southern solitude of Deception Island. This island is something special. 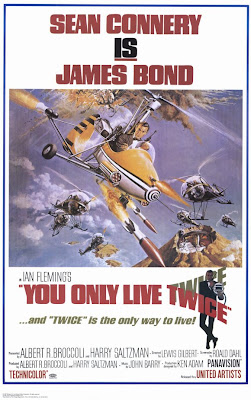 The hidden crater from You Only Live Twice with Sean Connery was an image that stuck from childhood, here on this lonely island, that image returned brighter and stranger, aged 30. 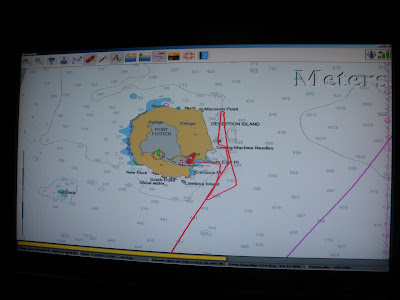 For a start it’s “C” shaped. Mystical enough – where else in the world is there such an island. 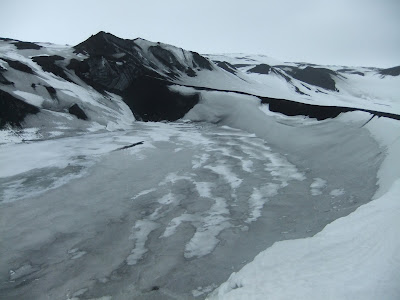 It’s also the remains of an old volcano. An inactive one, Obviously. Hopefully. 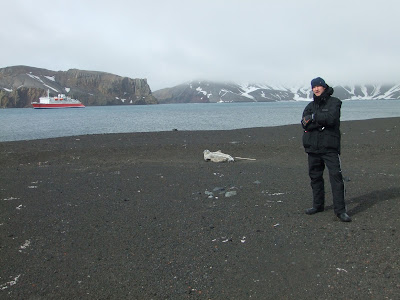 The terrain when you walk on it has a mystical quality about it. It’s like red rock, bricks, snow, ice, coal, ash, dust. It’s probably uncomparable to any other terrain on planet earth. I have never seen the like of it before. It felt like we had landed on Jupiter. 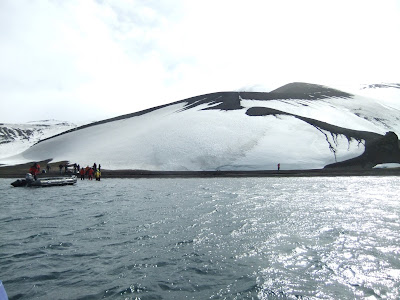 On approach to the old whaling station I half expected an under dressed Sean Connery to pop up out of nowhere aiming a Walter PPK. De de de de du de de du….cue that awesome music that make Bond films as pleasing to the ear as they are to your eye. 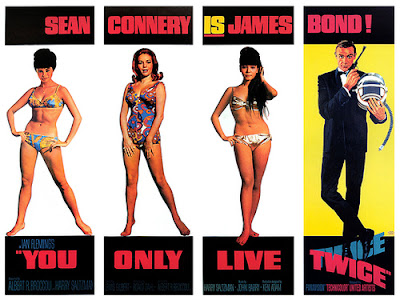 There was also no sign of a jaded Japanese princess, bikini clad looking for that posh English undercover charm (via Scotland in this case) to save her from the evils ahead. A skin baring brave Australian, some crazy Canadaians and a naked Northern Irish gentleman splashing in the waters were as close as Deception Island got to mimmicking the moves of Bond, James Bond. This will appear in another post,the day we went “swimming” in Antarctica…at Whaler’s Bay at Deception Island. There were some Englishmen and Asians in town, Lee and Paul braved the waters, but the Hong Kong honey and Phillipenes duo preferred to stay warm and watch from the sidelines. 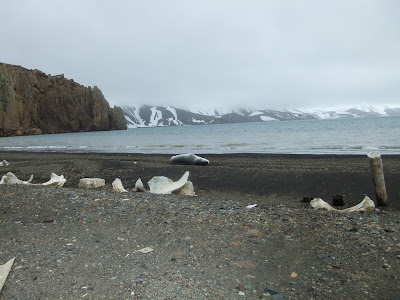 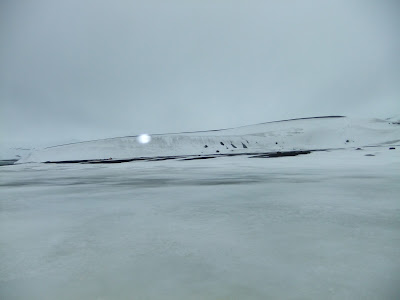 I won’t say much more. If you’ve been you’ll have felt the magic within. If you haven’t you can always go there sometime to curb your curiosity. If you don’t want to go there, perhaps having a look at some of my photos and videos will alert you to the pure deceptive marvel of such a place. 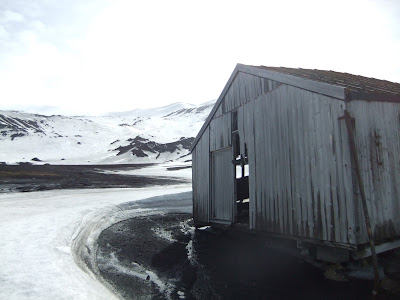 In essence you could simply watch the James Bond film “You Only Live Twice” and draw comparisons between the inactive volcanoes in both films. Only, for this lifetime, what you find is that no matter how deceptive it may be, Deception Island is for real. 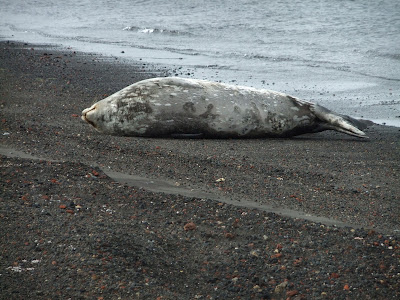 As much as we love him (James Bond) and his actor Sean Connery, sadly he isn’t real.


JAMES BOND IN YOU ONLY LIVE TWICE:


ME AT WHALER’S BAY:
Join 15,017 Monthly Readers! If you enjoyed this article and LOVE travel and SAVING money, get e-mail updates from Don’t Stop Living – a lifestyle of travel! (It’s Free) 😉 Jonny

5 thoughts on “Antarctica Adventures: Deception Island – You Only Live Twice”