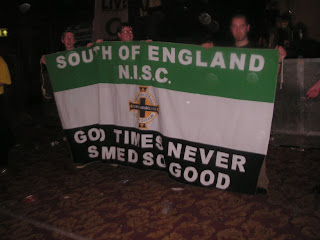 Ash are one of my favourite bands of all time, not just because they are Northern Irish I hasten to add, because their songs are intelligent, emotional and I can relate to them. Back in early 1996 I first heard them interviewed on Radio Ulster around the time of the “Goldfinger” single and 1977 album release. They were just teenagers back then and had a number 1 single and had headlined rock concerts while they were still at school…in Downpatrick, Northern Ireland. From 1996 onwards i started to collect every single and album that they released, and picked up nearly all their releases, including early singles “Angel Interceptor” and “Petrol.” In the summer of 1998 I bought tickets for me and cousin Gary at their Killyleagh Castle gig, in County Down and we were due to go. Then, for some reason at the last minute the concert didn’t go ahead. I then had to wait until December 2000 to see them live for the first time…at the Limelight in Belfast. I saw them again in Belfast in 2001, when they played the Ulster Hall. By 2003 I had moved to England… 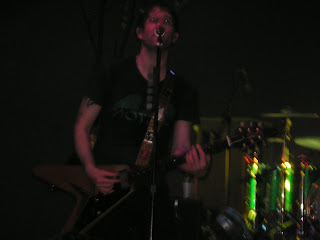 Ash continued to release singles and albums, and haven’t really had any kind of break of longer than 2 years, I noted the following years of album releases:
1995 – Trailer
1996 – 1977
1998 – Nuclear Sounds
2001 – Free All Angels
2002 – Intergalactic 7s
2004 – Meltdown
2007 – Twilight Of The Innocents
and may have missed a few. By 2007, it was by now 6 years since I had seen them, and so my mate Richboy noted they were playing in Southampton Guildhall in November 2007, even better it was the Friday night before one of our famed SOENISC meetings, which could really have completed a full weekend of carnage for us. 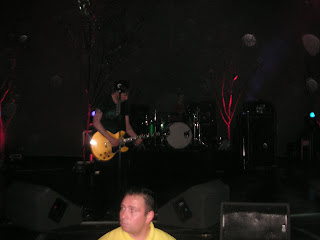 Plans started when I decided to drive to Richboy’s house that Friday night, and we booked trains from Southampton to Exeter for the Saturday meeting there. The Friday night however was the Ash gig. Richboy had 2 mates from Norn Iron over for the weekend, and they decided to go to the gig and the SOENISC meeting. Then on the Friday night I happened to pop into The Moon In The Square pub and invited my new mate Dan Darch to both the Ash gig and the SOE NISC meeting. So we drove from the pub in Bournemouth to park near Richboy’s house. Richboy at the time actually lived pretty close to the city centre of Southampton, if not in it. Once we got there it was a few quick introductions to his mates – there were actually 3 new faces – John, Bill and Brian, all from NI. The latter two would end up at the SOENISC meeting too… 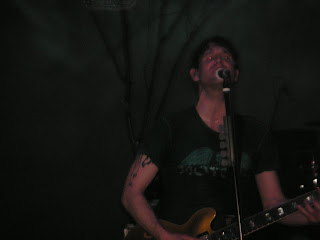 I seem to remember eating a curry and then maybe pizza at Richboy’s before we headed to The Guildhall in Southampton. It is the one and only time I have ever, and probably will ever go to that venue. I have ultimately no desire whatsoever to live in Southampton. But the walk was short to the gig venue and we had yet one small hiccup. Dan didn’t actually have a gig ticket! But there was no need to worry as he actually got one outside the venue from a tout, and actually paid a bit less than we had all done! The gig wasn’t a sell out either. We got inside and in them days it was usually straight to the bar, which we did. We got the beers in, Carlsberg in plastic pint glasses. Never the best beer in the world, but they went down a treat as we mingled in the bar on the right hand side inside the main venue. It was there where I met Band PR girl and manager Debbie Ludlam. She had tickets for backstage for her and her sister, but her sister was ill. In fact I think she offered me the chance of going backstage, but I declined since I didn’t know her, it seemed surreal and I was with my mates. I gave my name into her mailing list, as well as asking for her phone number and giving her a message for the guys in the band Ash. 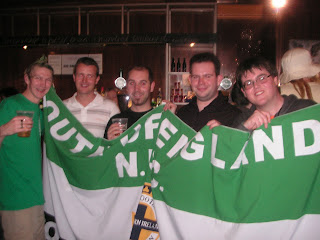 I wrote down a message from the SOENISC to hand over to the Northern Irish band members. I trust that she did this, as we aimed to make our presence felt. After the lagers were finished and the support band had come to the end of their set (in truth I cannot remember who the support band was, and am too lazy tonight to look it up), we moved closer for the welcome of Ash – our favourite Northern Irish rockers. It was at this moment that I met Ryan Glover and his girlfriend! Ryan is an excellent drummer, once the session drummer for Kasabian no less, and a great guy who I got to know whilst watching and then managing his band, the waves. The band split up in 2006 almost the same time as I moved to London and I hadn’t seen Ryan since. Ryan did the drums on Ben Paulley’s solo album “Multiples”, which was recorded in 2007, just a few months earlier. It was a big coincidence to see him randomly again, him and his girlfriend were there to see Ash. We had a quick chat as the first few songs came on, but soon after this, “A Life Less Ordinary” came on and we were loving it, one of my favourite Ash tunes. 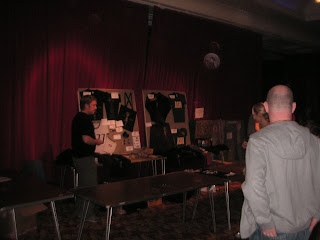 I made a video of that, before me and Richboy decided to head to the front. It was there that we really got into the spirit and could enjoy Ash. The band were in great form and ran through a collection of new songs, hits and other randoms. The hits kept flowing, Oh Yeah, Girl From Mars and Shining Light all got a raving reception by the shy crowd that night. For us though, the best moment was when we influenced the band for a split second, or at least Tim Wheeler’s speech… 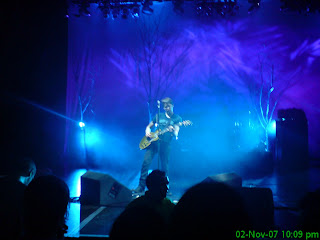 After one of the songs, Richboy and I got out our South of England Northern Ireland Supporters Club fleg and decided to jump up and down waving it at lead singer Wheeler, shouting “Northern Ireland.” We weren’t even expecting the band, or Tim to notice the fleg, or even acknowledge it. But just as we did (and flashed the NI football badge towards the stage), Tim Wheeler shouts out “We’re not Brazil, We’re Northern Ireland!!” Much to our incredible amusement. We cheered but before further ado occurred, TIm used this as a quick almost radio style segue to launch into the song “Girl From Mars.” Bemused English people all around gave us funny looks for our fleg waving and patriotism, some too young to even remember the moment when “Kung Fu” came out, nor would they even remember the incident on the single’s front cover, a kung fu fly kick from Eric Cantona towards a Crystal Palace fan, back in 1995. 12 years on, the song sounded just as good as we bounced up and down, safe in the knowledge that Ash hadn’t lost any of their Northern Irish-ness over the years. 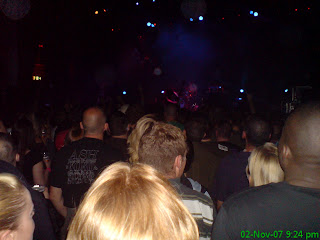 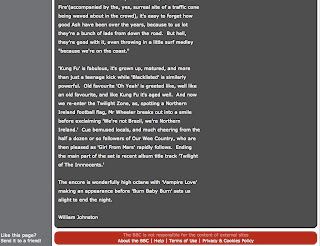 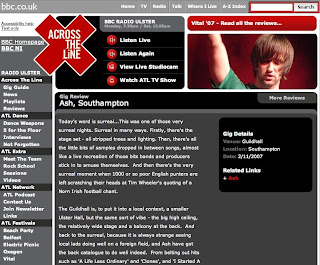 MY VIDEO OF “A LIFE LESS ORDINARY” THAT NIGHT:
A VIDEO BY SOMEBODY ELSE OF “OH YEAH”
Join 15,017 Monthly Readers! If you enjoyed this article and LOVE travel and SAVING money, get e-mail updates from Don’t Stop Living – a lifestyle of travel! (It’s Free) 😉 Jonny