“It’s all too beautiful” – Small Faces. 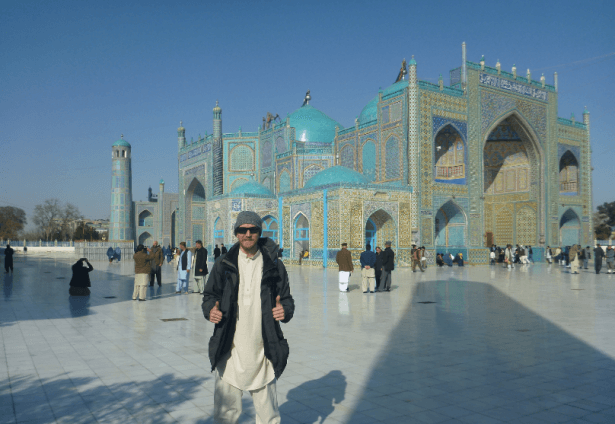 When you are backpacking in Afghanistan, be sure to visit the country’s holiest shrine and arguably the coolest looking Islamic complex in Central Asia. This one is a stunner. Despite my previous visits to the Middle East’s largest Mosque in Adana, Turkey and my trip to the world’s largest Mosque, Imam Reza’s shrine in Mashhad, Masar’s centrepiece topped the bill. So, while based in Masar e Sharif in Northern Afghanistan, I made a double visit to Hazrat Ali’s tomb. Once in the day time, once at night. 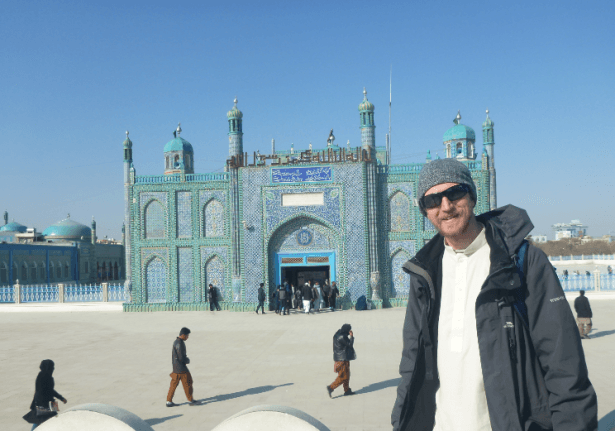 Getting to Hazrat Ali’s Tomb
To get here I was on an expert guided day tour of the city of Masar e-Sharif with Untamed Borders. After a lunch of Mantoo in the downtown area, my driver Sakhi parks right outside the Hazrat Ali shrine. This breathtaking array of turqouise colour fills the air with delight. 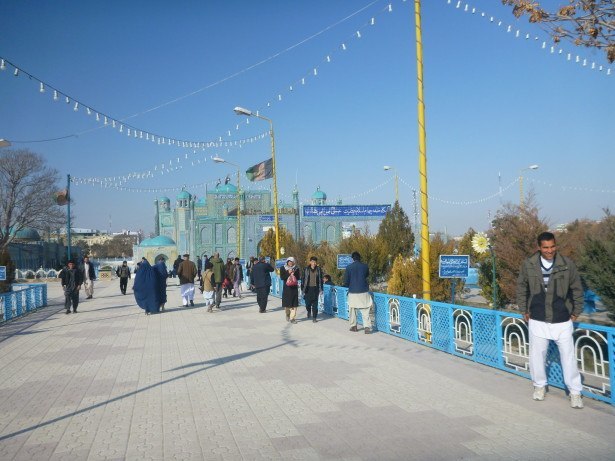 On the walk into the Hazrat Ali Shrine

Entering Hazrat Ali’s Tomb
Obviously shoes must be removed on entry to the complex and you must be well covered up. I was there in Winter so this was no issue. Men and women walk in the same entrance but have separate prayer rooms. You go through the front entrance arch, where you leave your shoes. 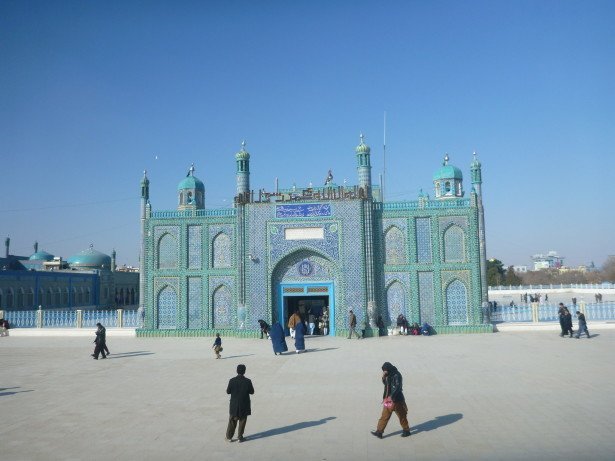 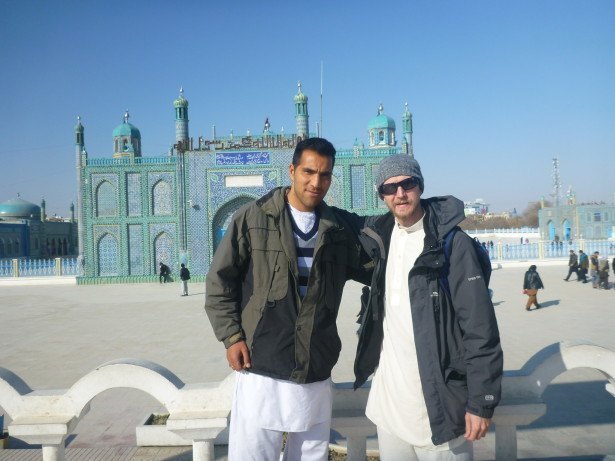 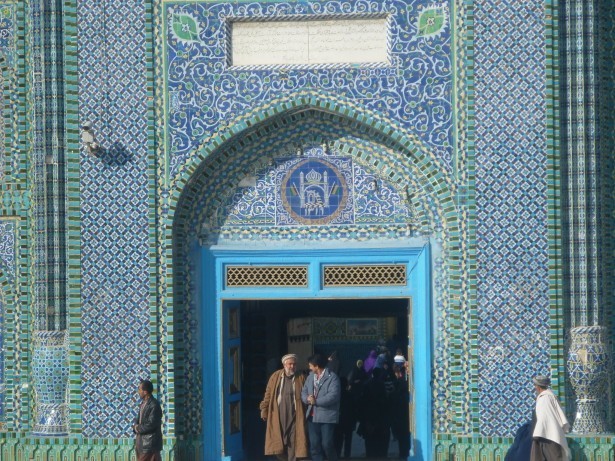 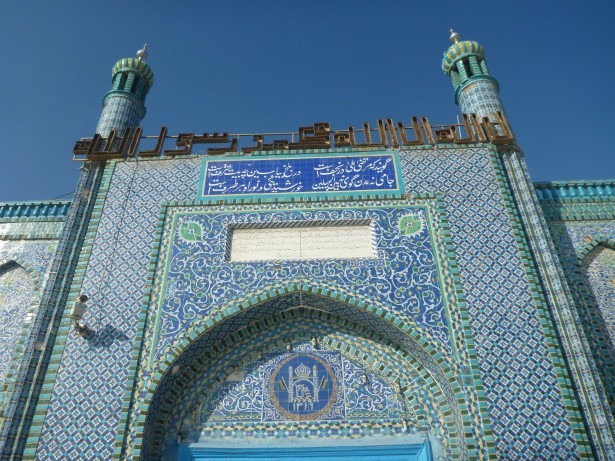 Rules for Visiting Hazrat Ali’s Tomb and Shrine
Due to the significance of Hazrat Ali’s tomb, no photos are permitted inside the actual tomb and non-Muslims are not strictly allowed inside the tomb or the actual Mosque Hall. Inside the complex photography is fine, and indeed encouraged. Just be mindful not to photograph locals without permission, and obviously as a male backpacker, do not talk to women. 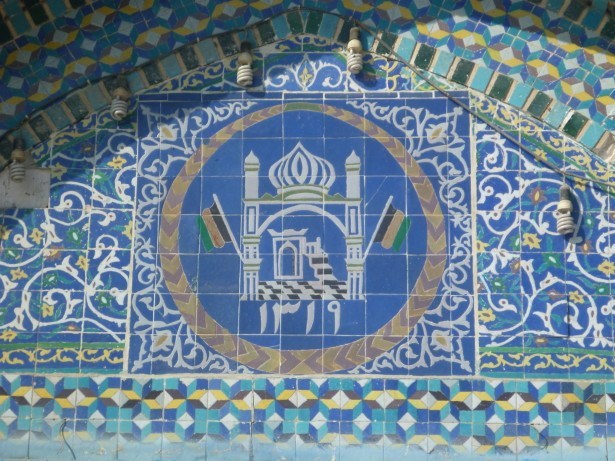 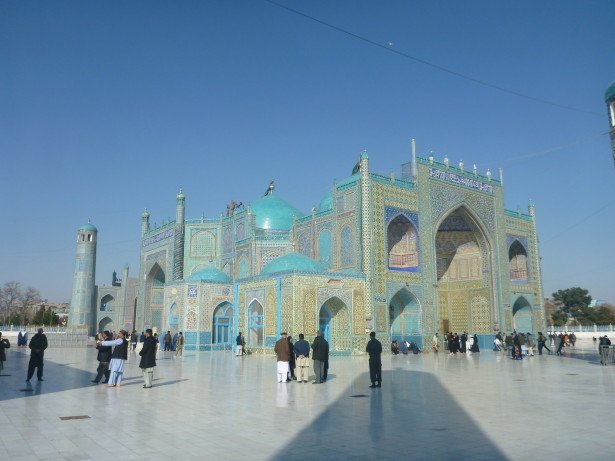 The main building was destroyed or hidden under earthen embankment during the invasion of Genghis Khan in the 1200s. Then, in the 15th century here the present Mosque was built, so it’s been here for 5 centuries, surviving wars, terrorism, earthquakes and many other events in modern day Afghanistan. It is by far the most important landmark in Mazar-i-Sharif and it is also considered that the name of city (Noble Shrine, Grave of Sharif) originates from this shrine. 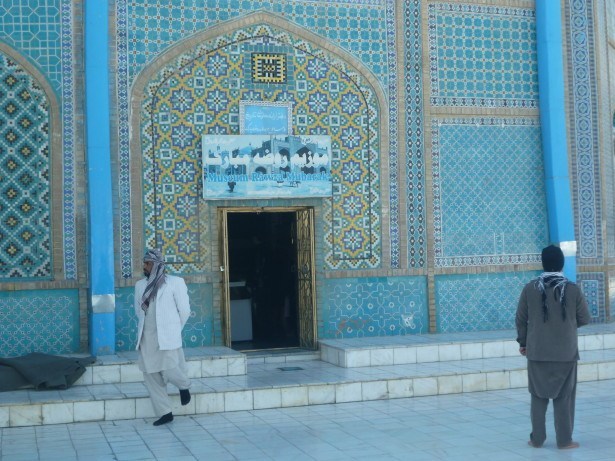 Mosque at Hazrat Ali’s Tomb and Shrine
I wasn’t allowed to enter the internal part of the actual Mosque, it’s strictly Muslims only, but of course I saw it from the outside. The blue architecture again, simply stunning. I also visited the rear entrance and of course the nearby park. The entire complex is stunning. 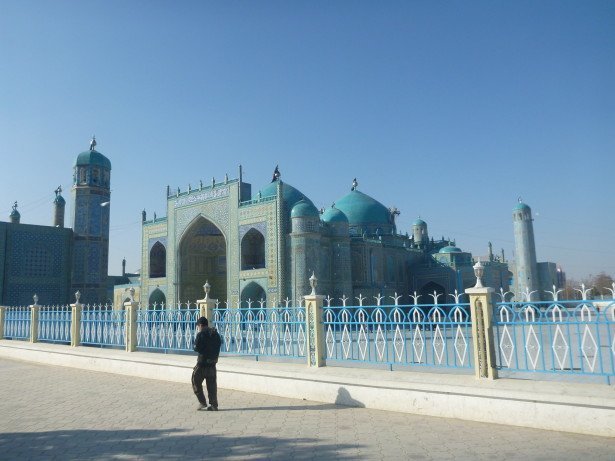 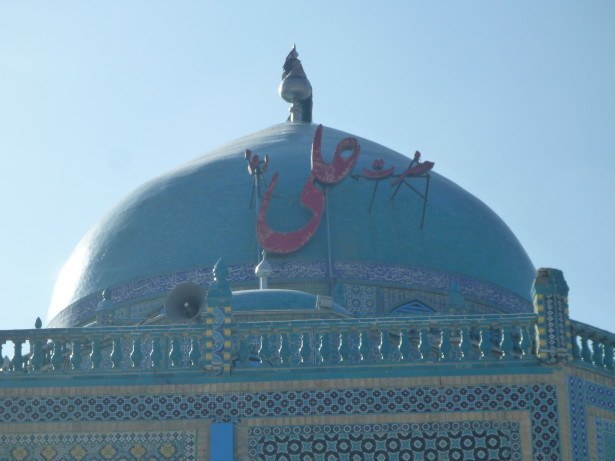 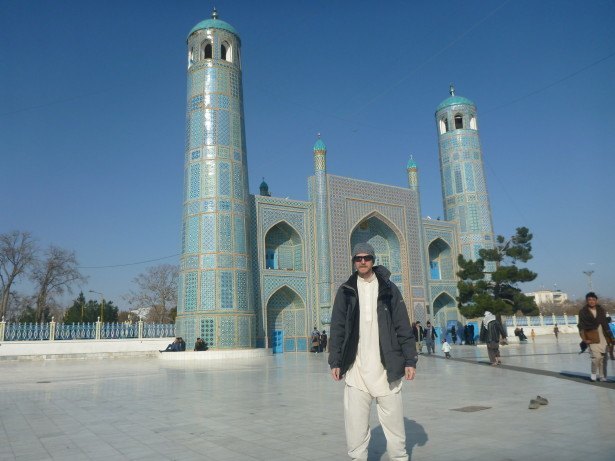 By the rear entrance

Nightfall at Hazrat Ali’s Shrine and Blue Mosque in Masar e Sharif
In order to see this amazing place in two different ways, I also toured it by night, heard to call to prayer and was able to see some of Masar e Sharif by night. 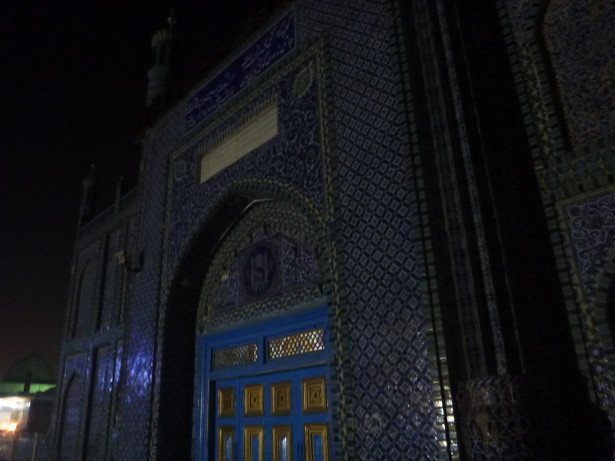 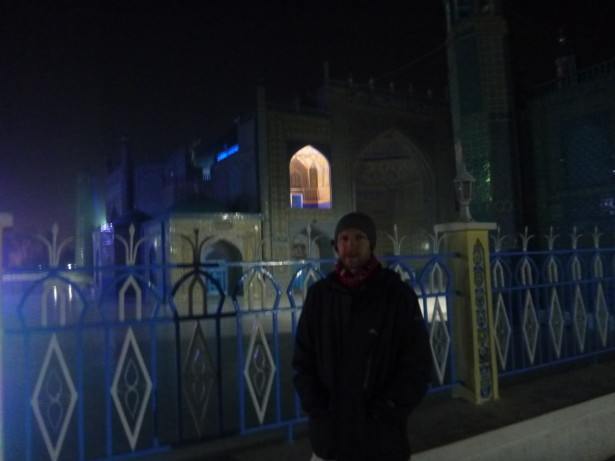 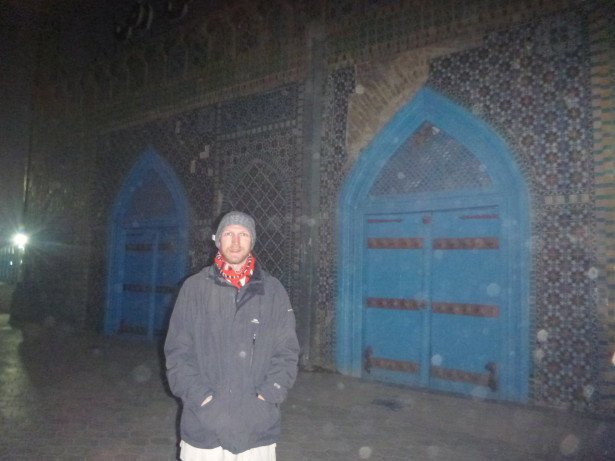 I’m glad I shared this article with you all, please go there and see it. It’s the most beautiful Mosque and Islamic Complex I have ever seen. I also had a homestay in a local neighbourhood and a night in a top secret hotel. 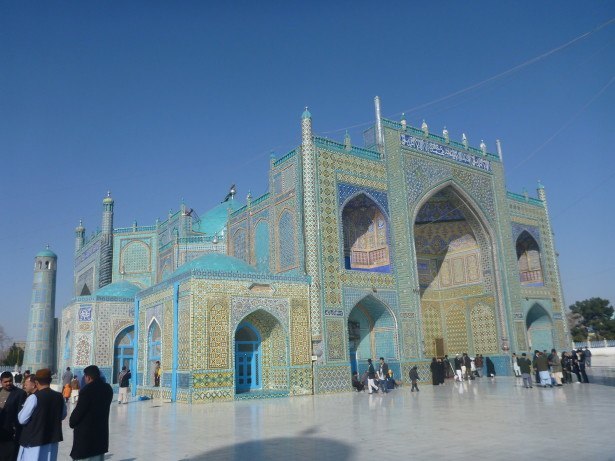 The most beautiful Islamic Complex I have ever seen

Here are my videos from touring the Harzat Ali Shrine and Blue Mosque in Masar e Sharif, Afghanistan: