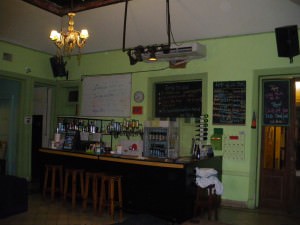 Limehouse Hostel will be remembered, mainly because it was the first hostel I stayed in in South America. I booked it in advance, and knew that on my first night in South America (the joy of which fell to Buenos Aires) I would be staying at the Limehouse Hostel. I normally choose hostels by price, location and name. Name is an unusual option for choosing a hostel, but an important one for me. Some well named places I’ve stayed over the years – George Best backpackers, Chilli Blue, Urban Central, The Black Cat, The Pickled Frog. 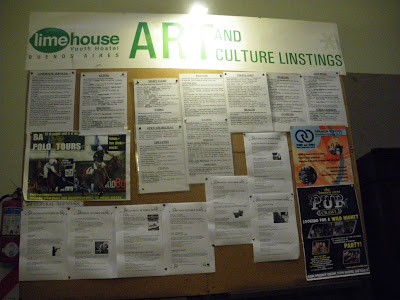 This one I chose because of the location and the name. Green being my favourite colour, so the thought of staying in a limehouse was intriguing. And I wanted to be central in Buenos Aires. 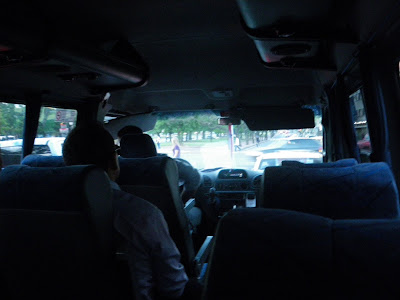 From Buenos Aires Ezeiza International Airport, I got a minibus to transport me to Avenida 9 de Julio, and was dropped off on the main street, Limehouse Hostel being on Lima, on the street basically adjacent to it. This Avenue itself is mammoth, spanning 32 lanes or so in car width it’s the world’s widest street. 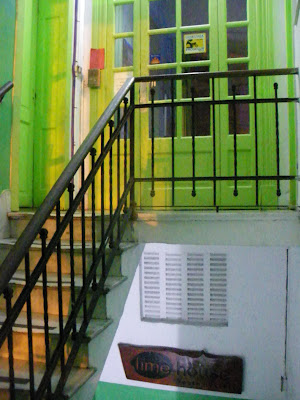 A quick 5 minute walk and I found my hostel, rang the bell and up I went. A nice lime coloured stairway to get in. 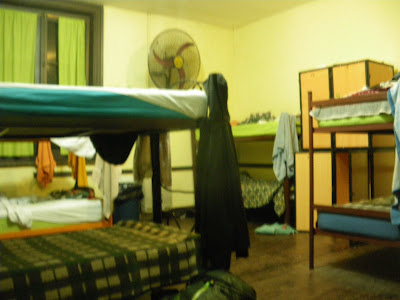 My room in the hostel. 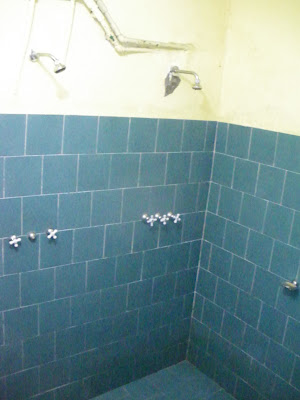 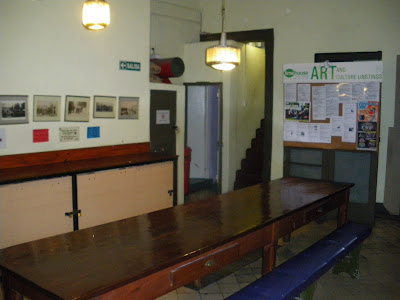 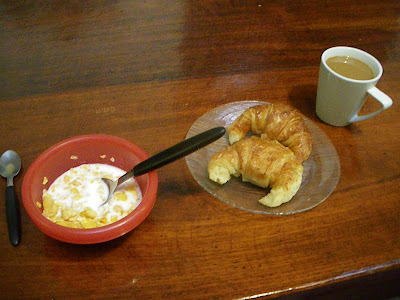 Free breakfast, the joys of hostels in South America – they all include a free breakfast, which is all you can eat. I saved a fair amount of money by eating more and not buying lunch. 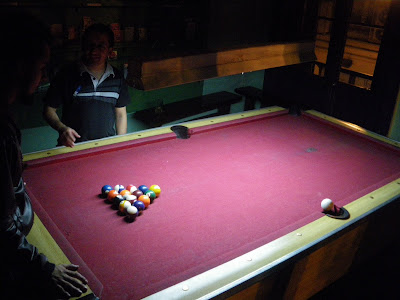 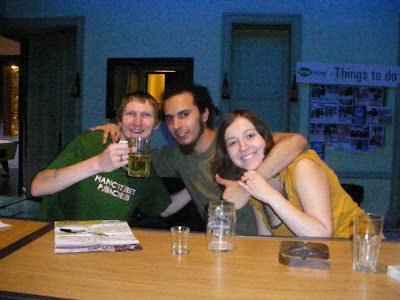 There I met two of the very friendly staff and the boyfriend of Maria – Maria, Felipe and Xavier. Maria from Poland on the right and her boyfriend Felipe in the middle. 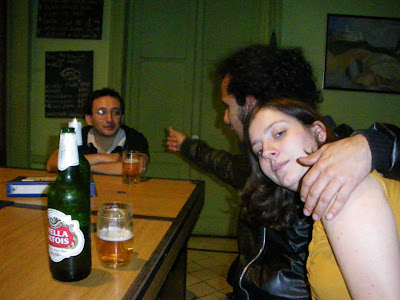 The hostel reception doubles up as a bar, and after exploring some of the city the first night with German lady Lena, I rocked back to the hostel around 12 midnight for a few hostel drinks with the crowd. 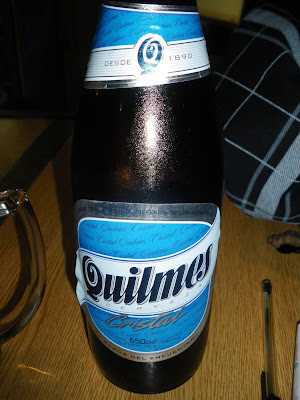 First taste of Quilmes – Argentinian Beer. I despise the stuff. From my travels this is easily the worst beer I have ever had – I won’t buy that shit again. 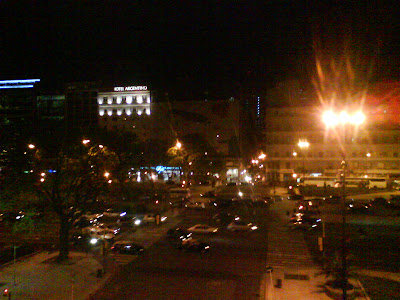 The views from the hostel balcony were stunning – over the world’s widest street. 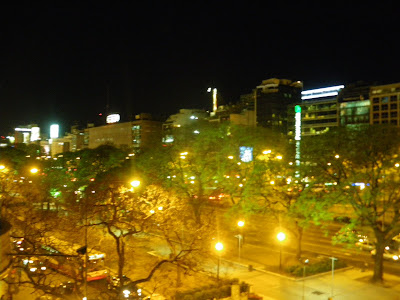 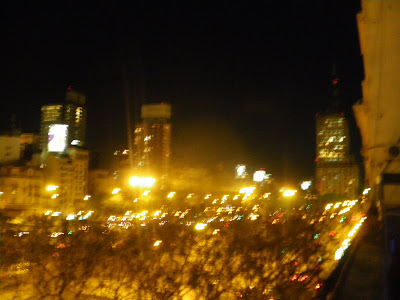 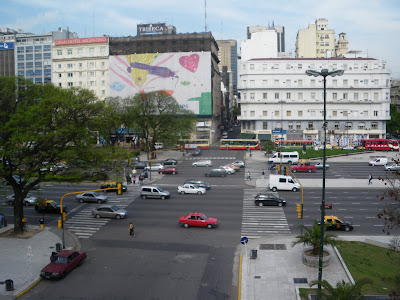 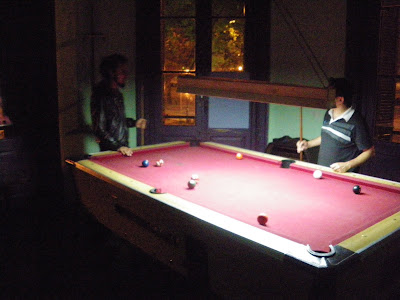 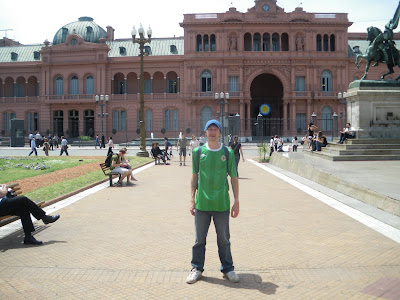 The funny thing is I didn’t actually like Buenos Aires except for the pub crawl and the Maradona tour. A dirty, smelly, arrogant city. But certainly Limehouse Hostel is an excellent spot. Homely, lively and central. Thanks to Xavier for his tips on Paraguay as well, they came in handy later on. Xavier was a gentleman and the first Paraguayan I ever met. I must also thank Maria on reception for being so helpful, friendly and even making phone calls to find out if the Jorge Newberry airport was closed (which it was). A top place to stay if you’re in BA!
Colour – GreenFruit – Lime
Nationalities Met – Argentinian, Polish, Paraguayan, Colombian, English, Irish, German, Australian
Website – http://www.limehouse.com.ar/homeing.html
Location and details –
Lima 11 – C1073AAA – Ciudad de Buenos Aires – Argentina | Tel +054 (11) 4383-4561 | [email protected]
KEY SONG:
RED HOT CHILI PEPPERS – OTHERSIDE:
LIMEHOUSE ROOF TOP BALCONY BY DAY:
LIMEHOUSE ROOF TOP BALCONY BY DAY:
LIMEHOUSE HOSTEL BAR:
Join 15,017 Monthly Readers! If you enjoyed this article and LOVE travel and SAVING money, get e-mail updates from Don’t Stop Living – a lifestyle of travel! (It’s Free) 😉 Jonny