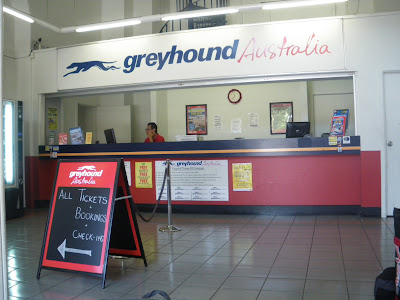 Anyone who goes traveling to Australia for longer than 2 months and doesn’t visit Canberra is stupid! (My opinion of course) Its the nation’s capital and to date one of the most pleasant and peaceful places I have ever seen. Time stops in Canberra, as does everything else…seemingly. Canberra is the capital city of Australia. Hardly the most obvious capital, it sprung up as a new city out of nowhere in order to solve the ongoing dispute between Sydney and Melbourne over which of them two should be capital. Canberra was a custom built city. 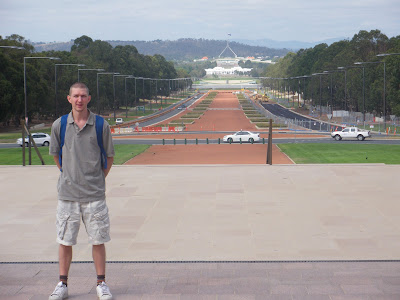 In a similar way to UK cities of Milton Keynes (an awful manufactured city meant to drive some population of out London) and Craigavon (a false name given to the joint Northern Irish settlements of Lurgan and Portadown in an attempt to move people from Belfast, I think), Canberra is purpose built. But not in the same cringeworthy way, in my opinion. Its a bit special and a bit different. 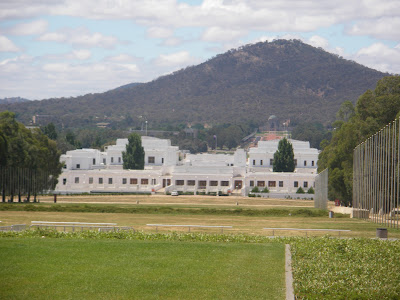 Capital cities of the world are something I know a lot about. Geography was always my strong point. Some people may be surprised to learn that Ottawa, Washington DC, Canberra, Brasilia, Beijing and Porto are all capital cities of their respective countries, when cities such as Vancouver, Detroit, Sydney, Sao Paolo, Shanghai and Lisbon are all more populated, famous and busier than their own nation’s capitals. For Canberra this is a healthy thing. 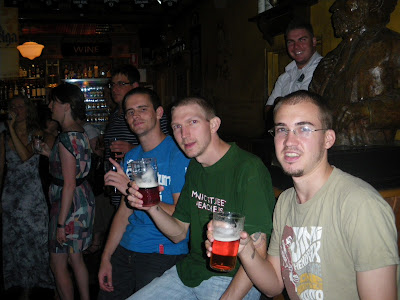 I always wanted to do Canberra (more than Sydney – it was just that the flights to Sydney were always cheaper), it was just 3 hours in a bus from Sydney (4 hours from our flat in Parramatta) and was on the hit list. I didn’t expect to go there so soon though – we went there at the end of January 2010. Daniel was bored living in Parramatta and wanted to move on, do some traveling and then end up fruit picking or labouring in Tasmania. So Neil and I made plans to leave our jobs and do that. I really didn’t want to leave my job in PJs – it is probably the best job I’ve ever had (for fun, wage, location and staff), but I spoke to the management and they would allow me to leave and come back, so I left one Thursday in late January 2010, by the next morning it was a case of getting to Sydney Central for the amazing trip to Canberra. 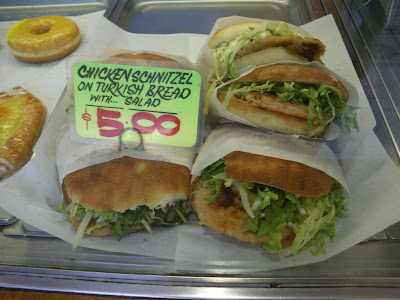 The bus was hot and stuffy, and full. I grabbed a Turkish Chicken Schnitzel for $5 by Central Station in the half hour where we waited for our Greyhound Bus. We met a lady there in the terminal called Ludmilla. She had migrated from Russia on the 6th January 1950, and was celebrating 60 years in Australia. From St Petersburg, this lady had a lot of wisdom. When she heard me complaining about the price of a soft drink, she gave me a free Diet Coke bottle for the journey to Canberra. The bus pulled up, I got my seat and my iPod on and off we headed to the Australian Capital. 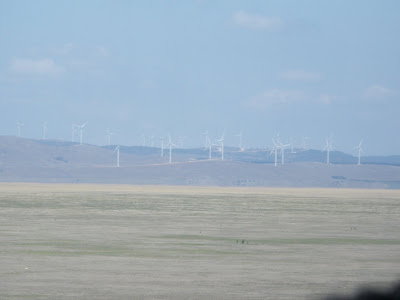 Canberra is in itself in the state of Australian Capital Territory. This is a state of Australia inside New South Wales. Through random wilderness and just over 2 hours outside of Sydney we saw the sign “You are now entering Australian Capital Territory”. I’ll call it ACT from now on – a lot of the locals call it that. We passed some large white wind turbines on the way through and with still no sign of kangaroos, we were soon up parked just off Northbourne Avenue and were slap bang in the centre of the city of Canberra. 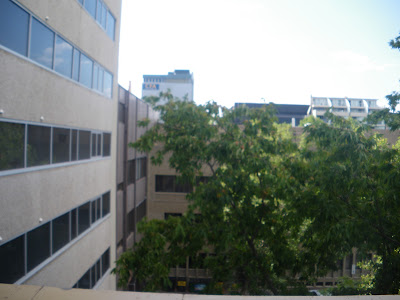 The sun was beating down, the streets were quiet and clean. Already I was impressed by this city that eejits class as “boring” or “pointless.” From the bus, Neil, Daniel and I knew we had booked to stay at the Canberra YHA Hostel on Akuna Street. It was near a main street precinct called “City Walk” and would be only a 10 minute dander from Canberra Greyhound Station. We had 3 days booked in Canberra, which Daniel said “was enough”, I could easily have spent a week there, but looking back, as a tourist in Canberra we did everything we wanted to do in the 3 days. 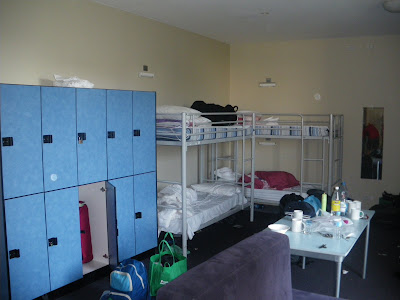 We got checked in at the hostel very quickly and were on the 3rd floor – an 8 bunk bedroom – number 301. In our room we met the pretty and perky Emily from Shrewsbury as well as another English guy, a German couple and a Swedish couple. Before the trip to Canberra I had done a fair bit of planning and plotting. While working in PJ Gallagher’s Irish Pub I used to talk away to all sorts of customers – locals, travelers, workers, randoms. In December 2009 I was serving beer to a guy from Canberra called Evan Tattam. We got talking quite a bit and I told him of my desire to visit Canberra. He said well if you want to come, just give me a call or an e-mail and we’ll have a day out together and a barbecue and a few beers. He passed on his details in the pub and I was very happy I had a guided tour from a Canberra guy lined up. I told the guys Daniel and Neil that it was all sorted. True to his word, I got in touch with Evan just before we left Sydney and he agreed to give us all the guided tour, beers and barbecue. Our housemate Ruben said “you can’t walk everywhere in Canberra: you need a car!” and he was right its a city with so many spread out suburbs, you would doubt that it’s a city. 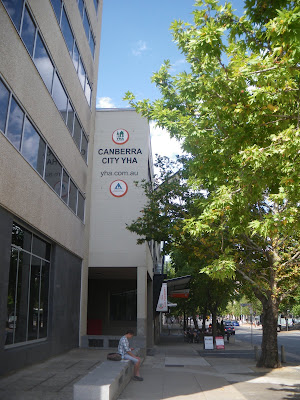 So we were now in the capital city of the world’s largest single island country. With a map in hand, plenty of sightseeing brochures and our own free tour guide (Evan) it was time to head out and see the city. What we saw and did will follow…