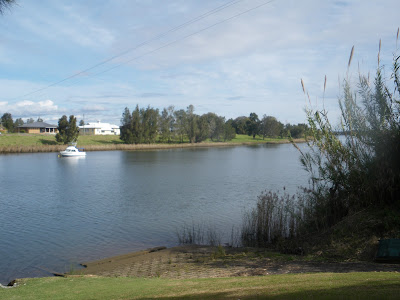 Apparently Woodford Island in New South Wales is the largest lake island in the world. No idea how to prove or verify this, and I reckon there will be plenty more in northern Canada and Antarctica, but let’s roll with it. Since one of the residents in nearby Maclean claimed it to be… 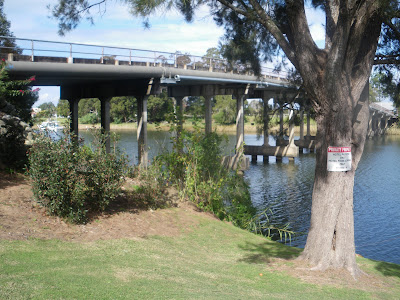 So what is it? And why the hell did I go there? 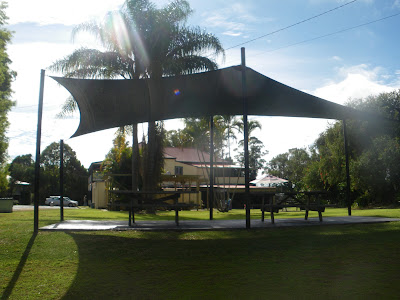 Well it’s Woodford Island, an inland island near the far north coast of New South Wales in Australia. It is formed by the Clarence River where it splits into the South Arm and North Arm at the small village of Brushgrove then reforms at the town of Maclean. The island covers 37 square kilometres.
I had been visiting my mate Owen Millar in Brisbane for a week in June 2010 while the World Cup was on, and was on route back to my flat and job in Parramatta. It’s a 1,000 kilometre road trip, which I had initially planned to do over two days, with an overnight stop to sleep in a car park somewhere and get in a bit of sightseeing.
I left Brisbane around 8am ish I think, in my Toyota Hilux Estate Car and had stopped off at Maclean, the Scottish Town. It was in the Scottish Shop in Maclean that I was made aware of the nearby Woodford Island, so I thought I’d check it out on my way back. I had also scheduled in a stop at Coffs Harbour for the Big Banana, and another possible stop near Newcastle, before arriving back home in Parramatta the following day. 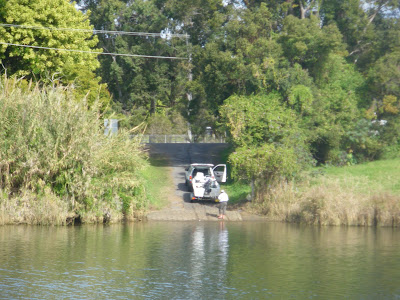 It was easy to find Woodford Island from Maclean. 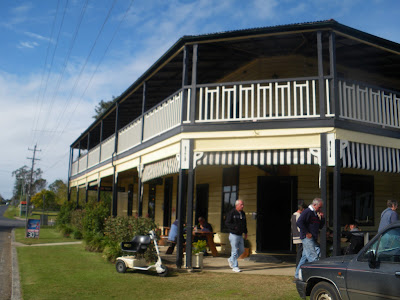 I arrived on the island across a bridge and immediately saw a local pub on a corner, they clearly don’t get a lot of tourists, and they knew I was one. 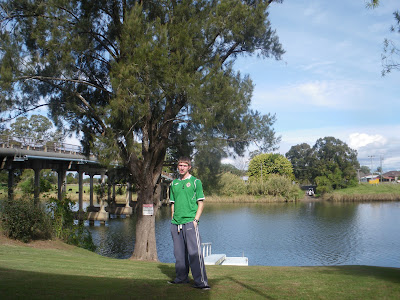 It must have been after 11 am as the pub was open. The landlady thought I was lost and asked if I needed help – I just asked her a few things about the island, she told me there was a nifty wee Post Office well worth a look, as it’s also the only shop on the island. She took the above photo of me, in the gardens of the pub, by the river. The pub incidentally is The Brushgrove Inn, but not only was I driving but was on a budget, so didn’t stop in for a pint or even a Coke. 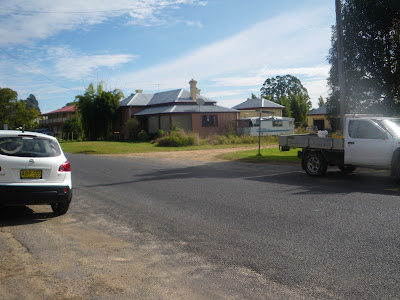 As busy as life ever gets on the main road round Woodford Island – which passes through the “capital city” of Brushgrove. This trip reminded me of Sark and Herm in the Channel Islands for some reason, even though transport here is perfectly allowed, and the island is not distanced from the rest of New South Wales – indeed the bridge to it takes 30 seconds to cross! 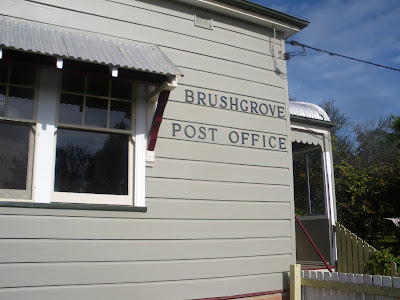 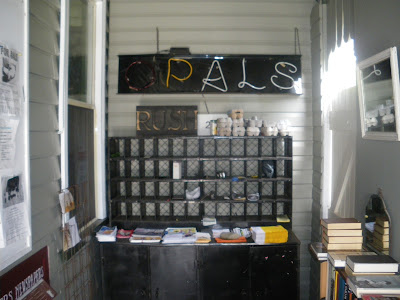 An unusual post office to say the least, this also operates as the island shop, tourist information centre and a lot more. 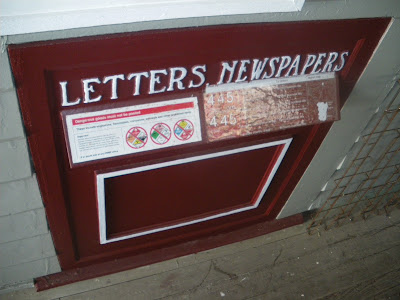 First time I seen a post office with a letters and a newspapers section – presumably as it’s such a small community – at an extra cost, they provide you with the newspaper of your choice… 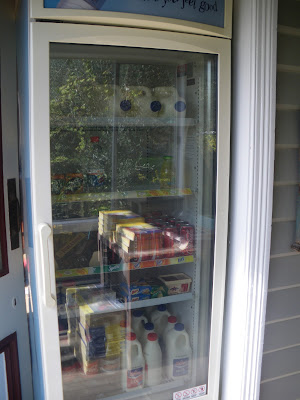 The fridge. The entire island’s milk demands for 24 hours contained within! 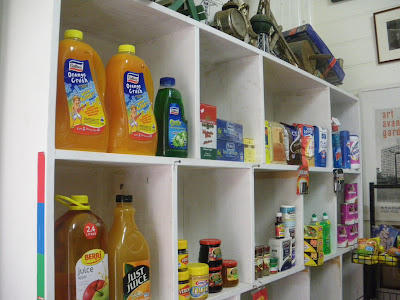 Easily the smallest “convenience store” I’ve been in. Extraordinary. 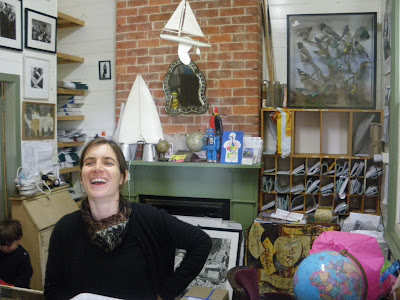 I shared a joke or two with the very fun and friendly staff. One of them was European rather than local. Cannot remember which country. Check out my videos below – very nice bit of travelling and short conversation with the staff in there. 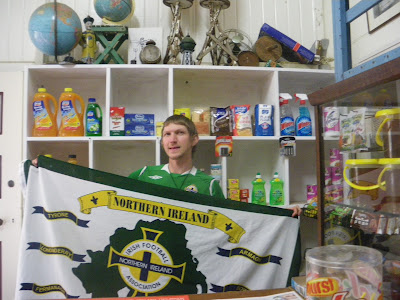 Flying my Northern Ireland flag in the bizarrest of places I have to say. In a local post office, which doubles as a tourist information shop, a public phone booth, an internet kiosk, a convenience store and a museum (check out the random globes etc. in the background). A nice memory from an odd and spontaneous adventure on this sphere we live on. 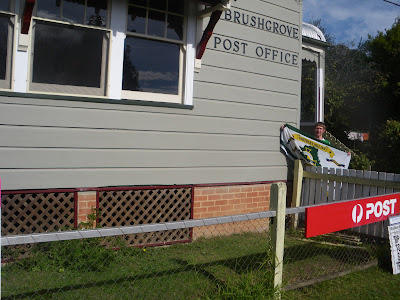 I didn’t linger long, and headed straight for Coffs Harbour next, before getting back to my flat early hours of the following morning, and starting work the very next night. It’s a truly charmed world you know.

What the fuck is it? – Woodford Island, New South Wales, Australia

Population – Couldn’t find out. Anyone know?

Wikipedia is hardly the best source to verify information, but added to my source from my visit there, and this statement on Wiki: “It is claimed Woodford Island is the largest inland island in the Southern Hemisphere with its own mountain range.{By whom|date=March 2009}}. It is however smaller than many river islands in South America and Africa. It is in fact the largest Non-Delta (not formed from river sedimentation) river island in the Southern Hemisphere.” then there is certainly something about Woodford Island that is significant.

THE INCREDIBLE WEE POST OFFICE AND VILLAGE SHOP AT BRUSHGROVE:

BY THE CLARENCE RIVER AND THE BRUSHGROVE INN:

DRIVING ACROSS TO WOODFORD ISLAND: