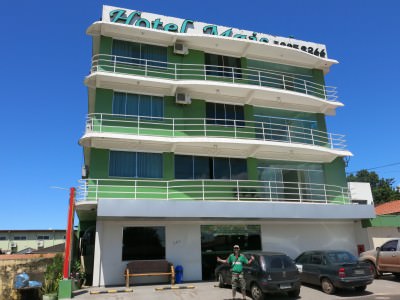 Backpacking in Macapa – outside our Hotel Mais.

Macapa is hardly the most well known backpacking city in Brazil. But that’s where I found the charm in this place, which acted as our gateway to French Guyana having spent 4 days in Fortaleza. Macapa sits on the mouth of the Amazon, shyly yet with around 500,000 people and a cool claim to fame. Yes, we enjoyed touring the city of Macapa and especially as it straddles the equator! This gave me my first chance to cross the Equator on foot for the first time since 2010 (My visit to Ciudad Mitad del Mundo). 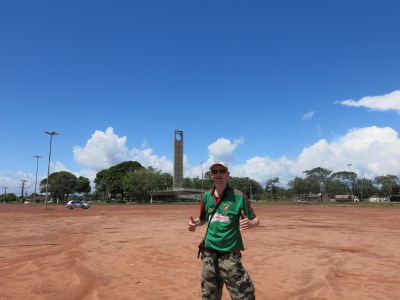 Backpacking in Brazil – walking towards the Equator in Macapa.

I have picked out my top 4 sights that I think you should try and see and do when you end up in Macapa. There isn’t a hostel scene or any other backpackers around so we just booked into the Hotel Mais, which had wifi, clean rooms and an awesome breakfast. We only had a day to do the main sights and while there is more to Macapa than these 4, we were more than happy to fit these all in and it was actually a bonus city for us so here’s the 4 things we loved. 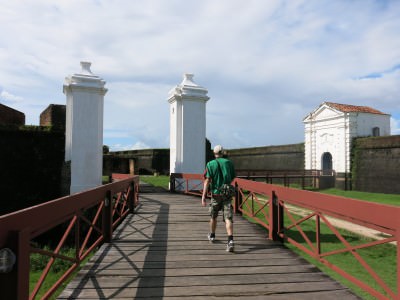 1. Marco Zero/Equator Monument
Nothing else to say than this is simply a cool thing to see. While you’re in a city which sits on the equator, you might as well cross the Equator by foot. A roundabout in the West of the city has a mini museum, the equator monument and even a small German Beer Bar in it. To get there, use a local bus (2 Reals per person) that heads towards the University (Universidade) or to JD Marco Zero. 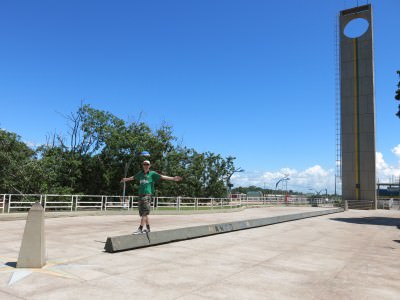 Standing on the equator in Macapa, Brazil.

Marco Zero is also the name of the area as well as the roundabout monument. Once you get there, take your photos by the monument, cross the equator and visit the small museum. 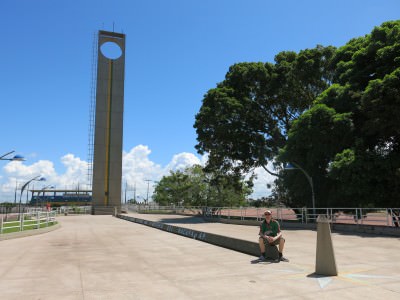 Relaxing on the Equator in Macapa.

The staff in the museum have maps and leaflets and were very helpful to us, explaining how to get a bus back into town, and to the fort, and to the main bus station. 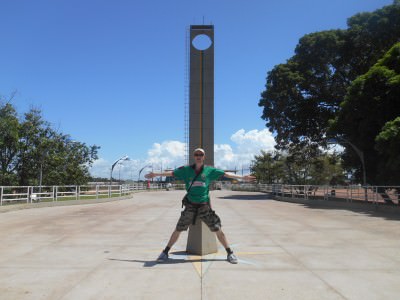 2. Estadio Zerao
This football stadium was a huge pull for me. I just had to see it to believe it. It is quite a decent sized stadium and the beauty of the Estadio Zerao is that it sits on the equator. Even better it has been designed so that the halfway line is the equator itself! 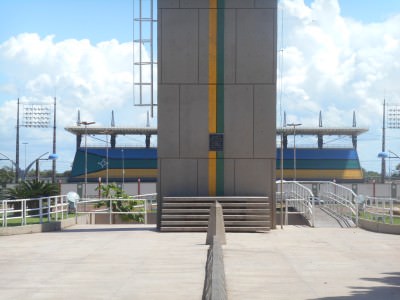 Backpacking in Macapa – the football stadium that sits in both hemispheres!

When we were there the World Cup was on, though the stadium wasn’t open sadly. But we got to se it from the outside and marvel at the thought of one team lining up in the southern hemisphere to play their opponents who are in the northern hemisphere. 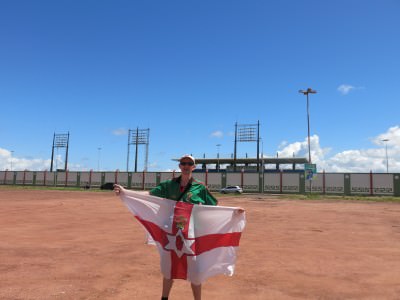 At the Estadio Zerao/Estadio Milton de Souza Correa. A football stadium in both hemispheres!

3. Mercado Central (Central Market)
Markets in Brazil are worth a look. The Mercado Central has lots of food vendors inside and in the poky streets outside it, you can buy all sorts of random Brazil souvenirs. It’s situated in the downtown area near the Fort. 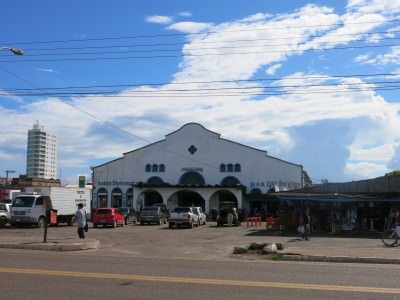 The market in Macapa, Brazil.

Don’t forget to bargain down the prices when you’re there! 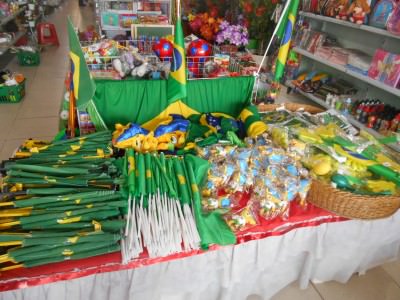 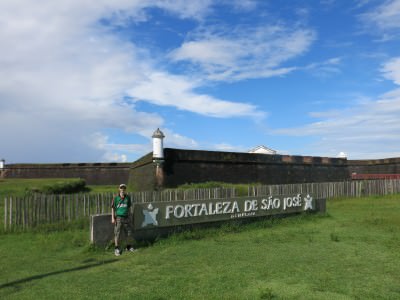 Outside the entrance to the Fort in Macapa.

It has low walls and is shaped like a star. You can wander around the courtyard and stare out to sea. 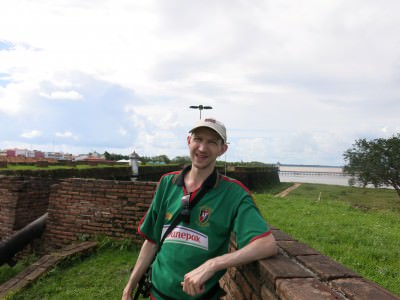 Out on the walls by the fort in Macapa, Brazil.

Inside the fort is also a small room which is a museum with information in Portuguese and some in English. 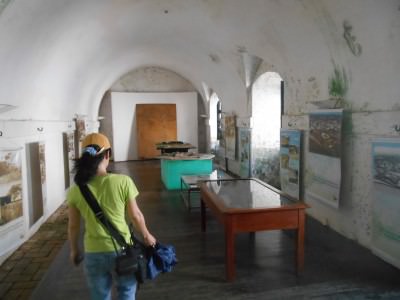 The museum part of the fort.

As well as checking out these sites, we also had some nice food in Macapa – breakfast in the hotel and some mousse and sandwiches in the downtown area watching the Costa Rica v. Italy match and I had time for a beer. 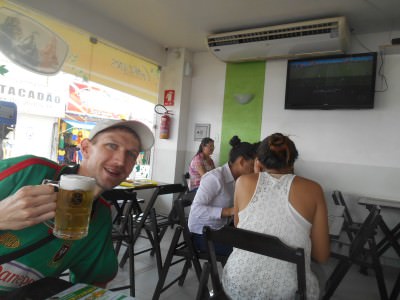 Having a beer in Macapa watching the World Cup in a restaurant.

We also got about 3 local buses as well as taxis in our short stay in the city. 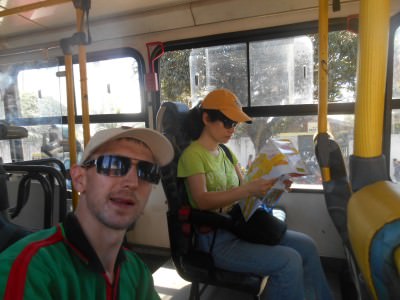 On the local buses in Macapa, Brazil.

Having now written about the top 4 things to see and do in Macapa, it’s clear that this should not be seen as a stopover city on route to French Guyana. It’s a decent place to see and I recommend it.

5 thoughts on “Backpacking in Brazil: Top 4 Things to see and do in Macapa, Brazil”