Throw Belem into anyone’s dreams of backpacking in Brazil and you might get the “where is that?” response. I don’t blame them for asking that. But when you get beneath the surface of a city like Belem you get to know its charm and you realise – these are cool places and you might not be here again. 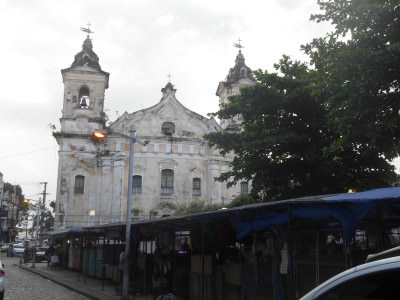 We liked Belem and yet have no plans to go back. It was a quick one day stop over and we had our minds set on relaxing as well as seeing a bit of what the city has to offer. We relaxed a bit though, so no museums here and not much colonial history for the buffs, but a cool top 5 things to see and do in Belem. We stayed at Hotel Unidos but also recommend the Hotel Hangar which is great prices for a 4 star! 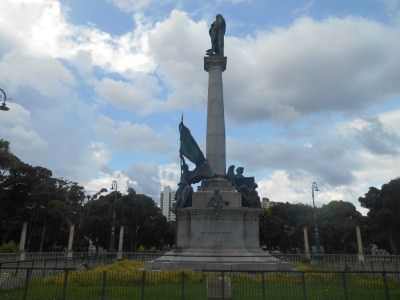 Brazilian street markets are awesome and as a backpacker they throw my expectations out the window. Forget the “bullshit” you hear about Brazil being dear – street markets are cheap, Brazil in general is cheap and you can pick up some bargains here. A Brazil football shirt for $3 US, cheaper than China, believe me… 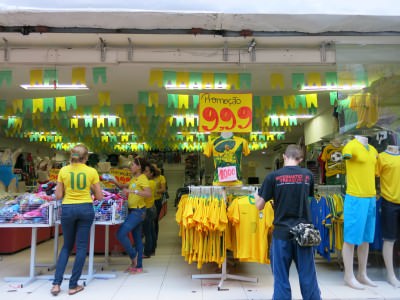 Checking out the Brazilian merchandise in Belem.

Portuguese Colonial Buildings dominate here in Republic Square. While it seems like a quiet square where the poor mingle, it also plays host to some cool parties and the buildings around the square are as traditional as you will see while backpacking in Brazil. 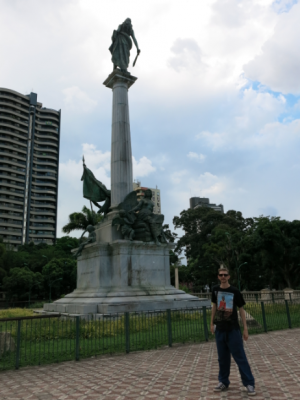 3. Waterfront
The waterfront of Belem is undoubtedly pretty and great for an afternoon stroll and even watching the sunset there. There are lots of fishermen and boats, as well as the waterfront promenade which passes through the bars and food markets that I will mention in points 4 and 5. 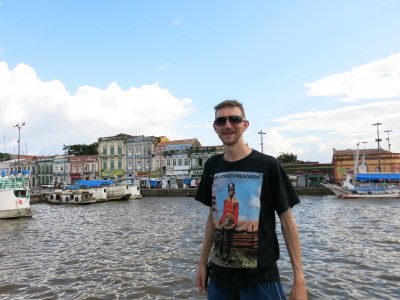 At the seafront in Belem, Brazil.

It was a cool place to watch the sunset. 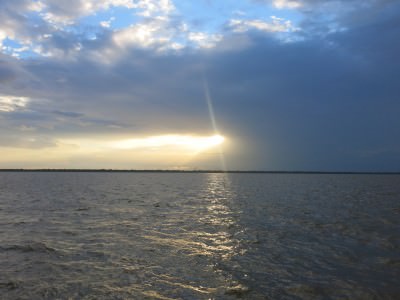 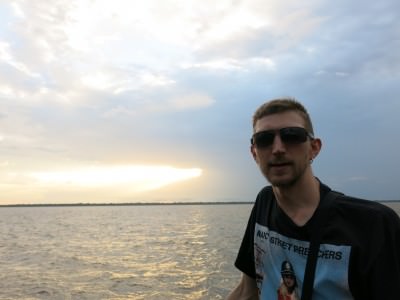 By the seafront watching the sunset in Belem.

4. Food Markets
While touring the city we stopped off for a bite to eat and Belem blows the idea that Brazil is dear into oblivion. Cheap and easy meals can be bought from 10 Reals and upwards in the food markets down by the seafront. 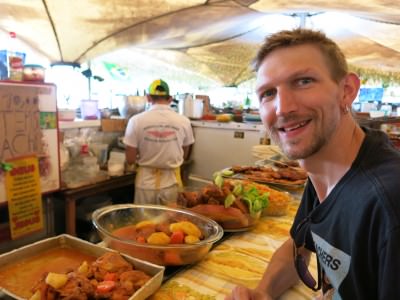 Loving our cheap dinner at the food markets in Belem.

5. Seafront Bars
During the buzz of the FIFA World Cup (and while Brazil were still in the tournament) we headed down to the seafront to the many undercover bars and we watched the entire Costa Rica v. Netherlands match in there, one of 15 places I watched the second round matches. 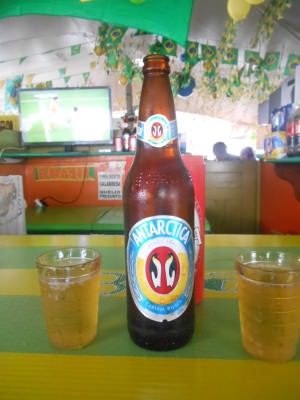 Beers in Belem for the final quarter final between Costa Rica and Netherlands!

We managed to do all this in one day and I’ll admit that there was a weirdness to it all, the reason being that back in 2011 I had had stop overs in two airports in Brazil without being able to get out and see those cities. Those two airports were Belem and Fortaleza. The way life went for me in 2014, I was able to see both cities and loved it. The buzz of the FIFA World Cup made places like Belem and Fortaleza special.

While Belem is not an obvious backpacking in Brazil destination, we liked it. Here are some videos from my time in Belem:

2 thoughts on “Backpacking in Brazil: Top 5 Things to See and Do in Belem”