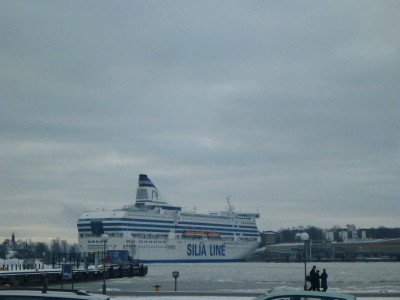 Most people arrive into Finland first to the capital city Helsinki, which is well connected by rail, boat and plane to other countries. Personally I arrived from Tallinn in Estonia, by ferry and it was time for a crazy reunion with Sofia and Karoliina – two Finnish girls who I partied with in Sydney, Australia back in 2009. As well as the reunion in Jarvenpaa, I also toured the capital city, Helsinki and the UNESCO island of Suomenlinna. 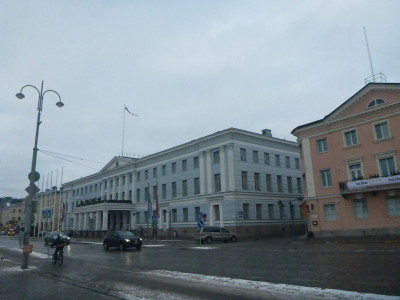 First up these are my personal 8 favourite sights in Helsinki the capital city. I based myself in a dorm room in the massive Eurohostel Helsinki and backpacked all of these sights on foot. Please note that I will cover the island of Suomenlinna separately and haven’t put it on this list for that reason. 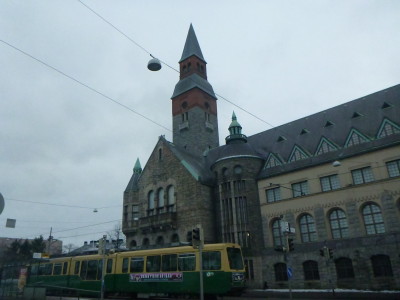 1. Helsinki Olympic Stadium
I admit I was a little bit confused. Snow was everywhere, the temperature was -3 degrees so when I heard the Olympic Stadium and Centre was nearby I stupidly assumed this was for the Winter Olympics. A red herring my friends. 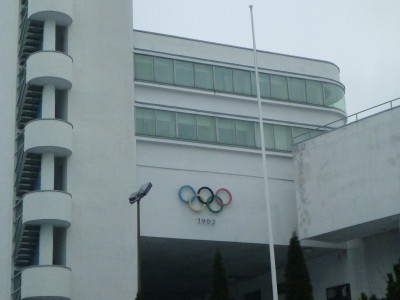 The Olympic Stadium for the Summer Olympics in Helsinki 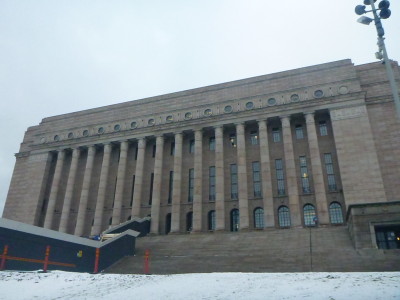 3. Temppeliaukio
Churches are pretty in Finland and the three I’m putting on this list are all amazingly different from each other. Temppeliaukio Church is easily the best one to visit. It’s hidden away down a side street and is built into rocks. Inside it’s just incredible. 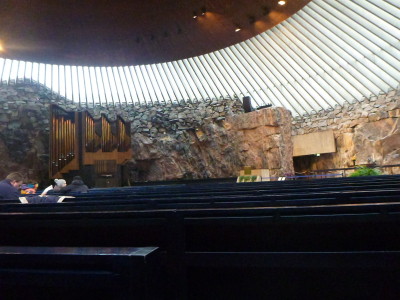 Thanks to Michael who pointed out that the original name I put for this church was Tuomiokirkko which is actually the name of another church in the city – in my uselessness I must have looked at the T at the start and o at the end and assumed it to be the same church! 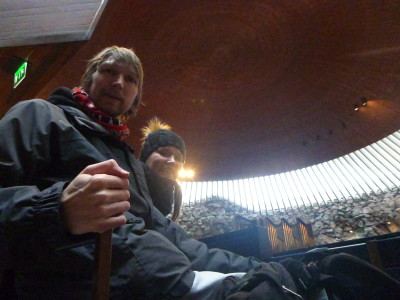 Inside Temppeliaukio, Helsinki, Finland with Sofia 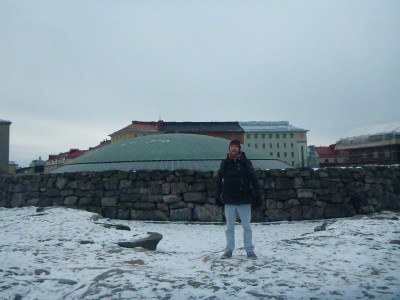 4. Kauppatori (Market Square)
Down by the seafront is a market. Apparently, or so I heard this is famous and busy. That must be in the Spring and Summer months as when I passed there was just a few stalls selling fish and a few empty hot dog kiosks. 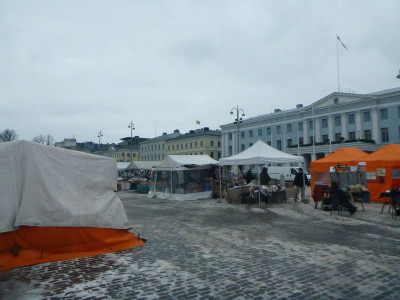 5. Uspenski Cathedral
This is one of the most touristy sights in Helsinki and if you’re staying in the Eurohostel, you’ll walk past it on route to the city centre. 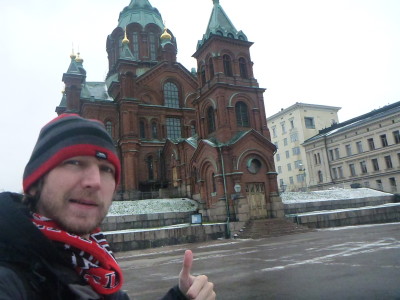 6. Senate Square and Cathedral
This is the most famous and visited square in the city and with four elaborate buildings around it it’s easy to come here and admire. You can get inside the white Cathedral. 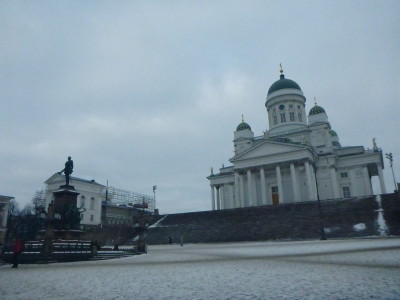 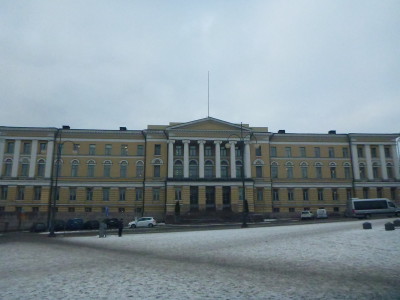 7. Finnair Stadium
Finland’s National football stadium is here in the capital city and walkable too – in fact it’s just behind the Olympic Stadium. My team, Northern Ireland will play here later in the year. 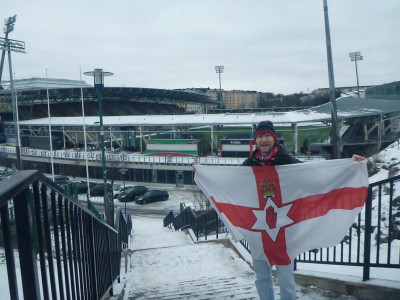 Outside the football stadium in Helsinki

8. Kallio District
Some cities have quirky off the wall districts and Kallio is one of the places to check out in Helsinki. Thanks to Sonja, the sister of my backpacking friend Sofia I got to spend a night in Kallio as well and will write a separate post about the bars of Helsinki at some point. 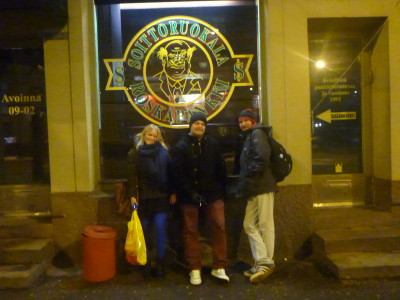 A night out in Kallio

As well as these cool things, Helsinki has some absolutely inspiring museums, cool bars and also I did the day trip across to Suomenlinna island, which is a UNESCO listed World Heritage Site. I hope to write about those experiences separately. I spent quite a bit of time in my hostel room in Helsinki too as it was the day my hard drive and computer failed hence why I didn’t explore Helsinki the way I should have done but I still loved it and recommend these 8 things. 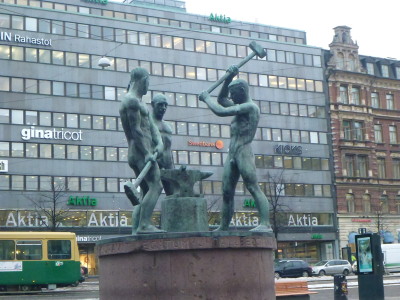 Here are my videos from Helsinki:

8 thoughts on “Backpacking in Finland: Top 8 Sights in Helsinki”