Paris is the French capital and you’ve all heard of it. But even though I backpacked through it myself a few times, it becomes too clichéd – over trodden, over visited, over-rated. So take the hint and use it as a base only and head out to discover some jewels of France that are outside the city of Paris itself. Don’t get me wrong, I still think Paris has some decent sights, but to escape the tourist madness of Montmartre, Sacre Coeur, Arc de Triomph and the Tour Eiffel, head out of the city and check these three places out. 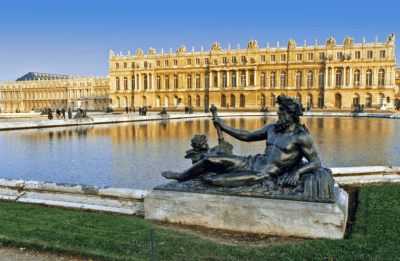 Backpacking in France: Discover Jewels Less Than An Hour from Paris

1.Versailles
The famous Palace of Versailles is an epic day trip and if you know your history you will also be aware of the post-World War I Treaty of Versailles which adjusted many and various land borders in central Europe with severe repercussions. 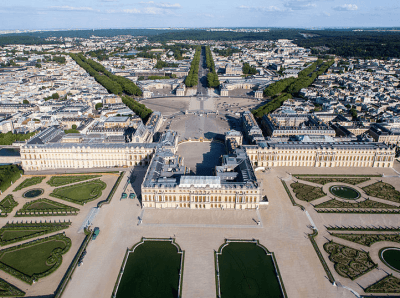 The Palace offers exquisite tours, interesting history and tremendous views so it’s worth a trip. When the château was built, Versailles was a mere country village. Today, Versailles seems to have been swallowed by Paris; it is now a wealthy suburb just 20 kilometres southwest of the French capital. You may not be aware but the court of Versailles was the centre of political power in France from 1682, when Louis XIV moved to Versailles from Paris. At the beginning of the French Revolution, the Royal family moved back to the capital, however. Versailles is therefore famous not only as a building, but as a symbol of the system of absolute monarchy of the Ancien Régime from pre-revolution times.

Enghien is a suburb and it is well worth the trek and, believe it or not, but this was where I spent my first night in Paris in 2007. After Campeigne, we headed to Epinay sur Seine area – I can’t remember the hotel we stayed in, but it’s much cheaper to stay out here.

Enghien Les Bains is a famous spa town and this year the French Poker Series will take place here in December, so no doubt the place will be a thriving town in a few months. If you want to be part of the tournament or just watch the game as a spectator, you should learn the how to play poker online to ensure that you know your calls to raises. A few of my mates are professional poker players and will be in attendance. Aside from the poker, Enghien Les Bains offers a boardwalk by a lake and some off the wall travel gems without the crazy Chinese bus loads at the Tour Eiffel. 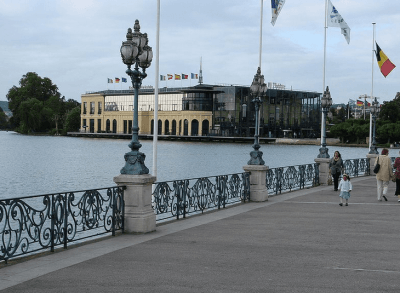 Enghien-les-Bains is small, friendly and typically French. It’s much less touristic than the downtown parts of Paris where sometimes finding a French person is a challenge. Once you’ve bypassed the hoardes of “looky looky” men with their tacky Eiffel Tower replicas and the busloads of Chinese tourists, grab a coffee and a crescent in a local cafe in Enghien and chill out. Also be sure not to confuse it with the Belgian town of the same name.

Enghien is traditionally famous as a spa resort and an upmarket suburb of Paris, developed in the nineteenth century based around the scenic lake of Enghien, which is one of the key sights in the town. A casino, the only one in the vicinity of Paris, is located on the shores of the lake which reels the money in, possibly even more so than the bus loads of selfie addicts at the Arc de Triomph! So get out to Enghien Les Bains and escape the madness.

Believe it or not, I visited the town of Compiègne before I ever stepped foot in Paris. I was overlanding through Belgium, Luxembourg and Germany with my mate Rene in 2007 and we spent our first night in France at Compeigne which was a great town with an elaborate town hall. It’s just north of Paris. Compeigne is located on the Oise River. Its inhabitants are called Compiégnois.

We stayed a night here in a decent hotel and I toured the city on my own as Rene was here for work as well as travel and was out in the daytime. I later got a train to the Epinay sur Seine district in the north of Paris and indeed those were my first two backpacking jaunts in France. I had previously visited France in 1989, 1993 and 1994 all on family holidays, but it was nice to be backpacking it properly and even better to be avoiding the stereotypes of Paris. 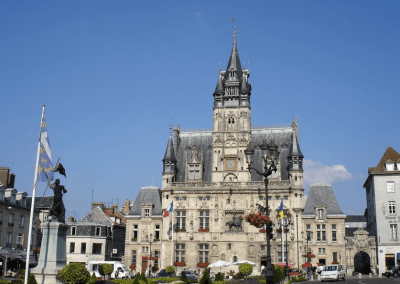 I later worked on the France to England ferries and visited towns in the north of France such as St. Malo and Cherbourg.. I also took the amazing TGV high speed train from Paris to Marseille. You can be on the south coast of France in just three hours from Paris. Marseille is a nice city too and has good links to Monte Carlo, Monaco and even Italy, Andorra and northern Spain.

So check out these three awesome places that are away from over-touristy Paris. Safe travels!