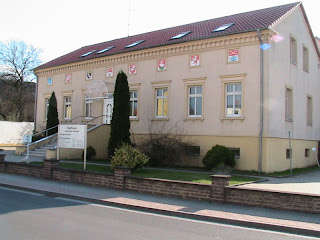 Youve got to love the name of this little village – Osterweddingen, a bizarre and picturesque little ‘Groomsport-esque habitat’ in the middle of Germany. Well actually, close to Magdeberg in the former East side again. I spent two days there with a great German mate of mine, Rene. Rene’s parents live in a lovely house on a side street in tiny Osterweddingen. All there really was to see was houses, fields and streets. However as the only tourist in town, I took time to visit the Sports Venue (and attend a meeting of the local Sports Club, as the only non-German person there – Rene’s Dad is club chairman), where I got a free beer. 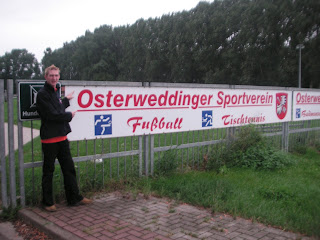 I also saw the Rathaus, the indoor sports hall, a local church and a ‘square’ where we had a mini-chilled out ‘street party’. Probably the most relaxing Sunday night carryout I’d ever had. I hung out with Rene’s friends and had fun. Can’t remember all their names but Hermi and Tina were two of them. Osterweddingen is so small, they don’t even have postcards of it (I had wanted to send kid brother one), but it’s great to see such beautiful small villages. This a unnervingly unapparent part of the former East Germany, and near to the burial place of Adolf Hitler, I believe. Just as well these warm, funny Germans have moved onto a new sense of prosperity. This was, after Huntly (in New Zealand’s North Island), the smallest place I would visit on my 2007 backpacking journey, I’m fairly sure. 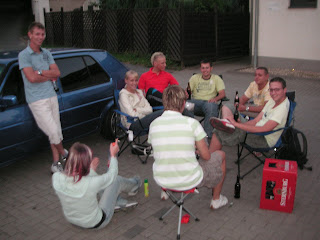 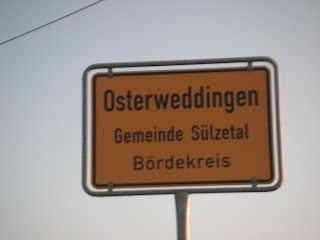 Nationalities Met – German (former East). I was definitely the only tourist!

Where I Stayed – At Rene’s parents place (Birgit and Uli) in SiedlungstraBe, Osterweddingen.

Favourite Food – Klops (Cooked pork and onion clusters) and everything that was cooked for me by Rene’s mummy Birgit.

Favourite Thing About Osterweddingen – the smallness of it all and the fact there are no tourists ever.

Moving Moment – A free beer at the Sports Club, courtesy of Rene’s daddy. I could have had more, but was feeling ill!

Key song – Couldn’t actually think of one when this section came up, so I’m going with East 17 – Around The World.

FACT – Osterweddingen has no postcards. I wanted to send one!