Milan is the second biggest city in Italy in terms of population size. It is the financial, industrial and commercial capital of Italy. It is located in the north of Italy between Turin and Venice. When you’re backpacking in Italy it makes a cool and handy stop over for a few days. 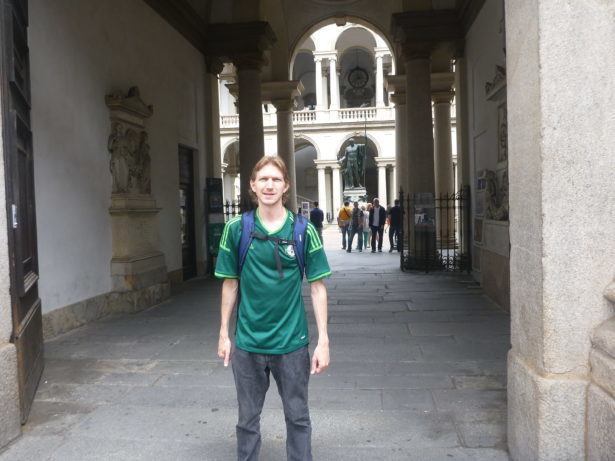 Backpacking in Italy: 5 Things You Must do in Milan

Milan is known as Italy’s centre of fashion and design. However, it is also home to a number of beautiful theatres, museums and landmarks which makes it a popular destination for tourists.

“Propaganda as a substitute for action was the essence of fascism” – Mack Smith. 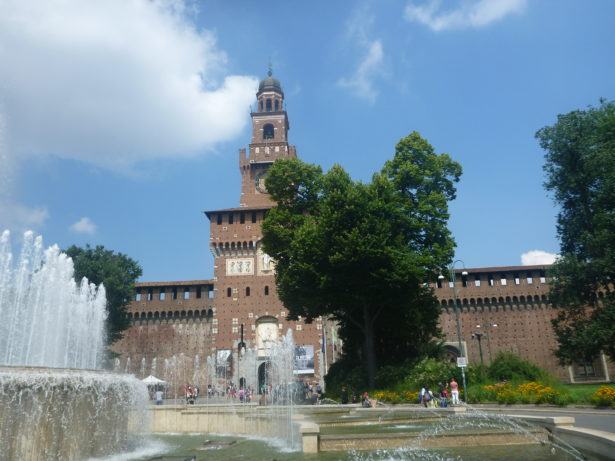 Visitors swarm to Milan in the summer months to shop, admire Renaissance artwork, and to see the beautiful architecture. It is also close to other popular cities like Venice, Pisa, Florence, Genoa and Bologna and so is often used as a base to travel to other cities. Milan has a large airport and so it is an easy city to get to. The city caters for travellers on all budgets. You may wish to look on Venere.com for accommodation at a price that suits you. The transport within the city is easy to use and affordable. If you are planning a visit to Milan, here are five cool things that you must do during your stay. 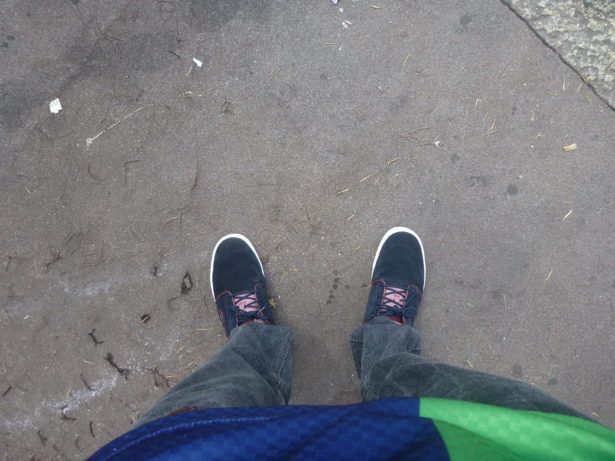 The spot where Mussolini hanged 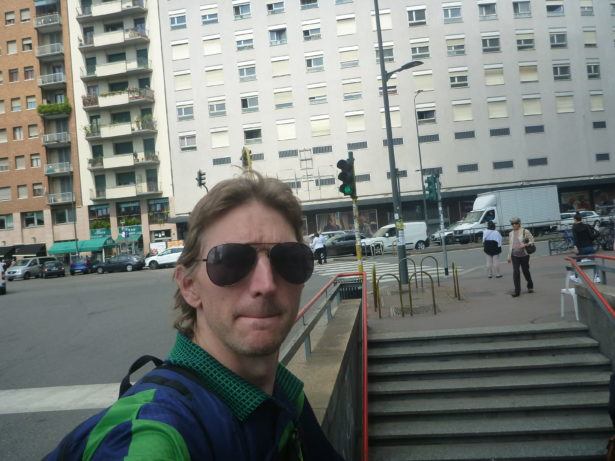 The spot where Mussolini hanged

1. The Duomo
The most famous building in Milan, this extravagantly designed Gothic cathedral has 135 spirals and 3200 statues. It is a pearly white architectural masterpiece that lies at the heart of Milan. The Duomo is as beautiful inside as it is outside. The interior is vast and is adorned with the most enormous stained glass windows that you will ever see! If you intend to marvel at the inside of the cathedral, you must make sure that you are appropriately dressed. Your shoulders and legs should be covered up, otherwise you will be denied entry. Climb or take the lift to the top of the building where you will get a stunning panoramic view of the city. 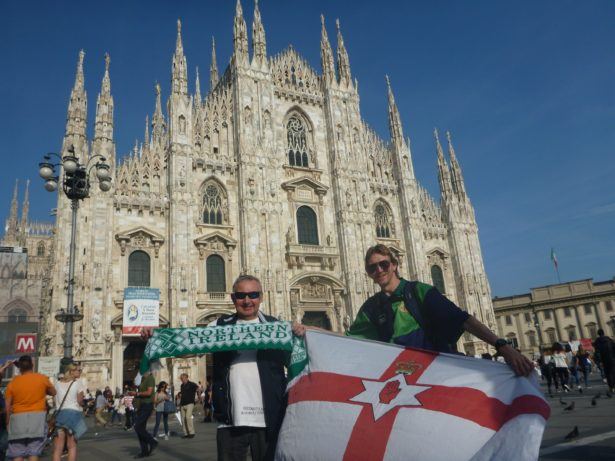 2. Leonardo Da Vinci’s Last Supper
The famous work of art is situated next to the Santa Maria delle Grazie church in the monastery refectory. During the summer season when this area is heaving with tourists, it is highly recommended that you book a ticket to see the fresco in advance. You will only be allowed in to view the fresco for 15 minutes, so it is a good idea to do this as part of a guided tour so that you get the most information from your short visit. The church itself is full of Renaissance art so make sure you pop in while you are in the area.

3. The canals
Milan used to be a Medieval port, full of busy canals. Unfortunately, over time the need for these canals diminished and today there are only two remaining. The interesting canal district is well worth a visit and becomes alive at night due to its many and varied bars, restaurants and shops. You can also explore this part of the city by taking a relaxing boat trip along the canals. 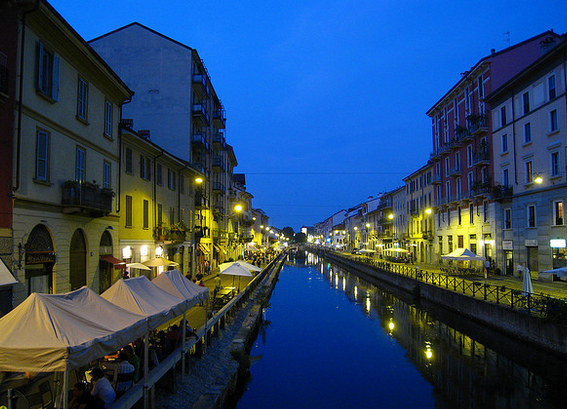 4. San Siro Football Stadium
Home to both AC Milan and Inter Milan, this is one of the true homes of football. If you’re lucky you might just catch the famous derby between them. Crazy times! You can copy Polish tourist Rafal Kowalczyk and do a Krzysztof Piątek pose outside the famous stadium! 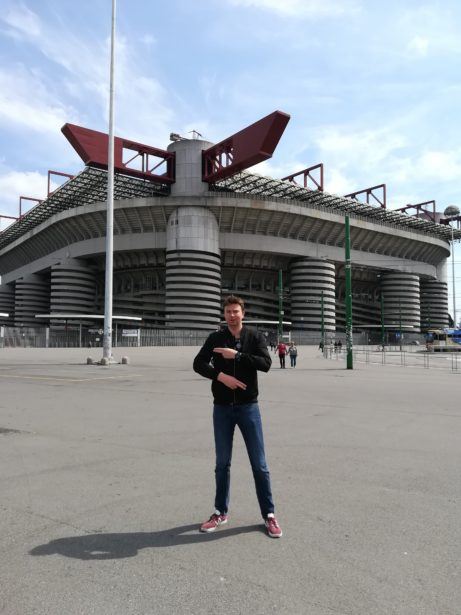 Kowalczyk does the Krzysztof Piątek 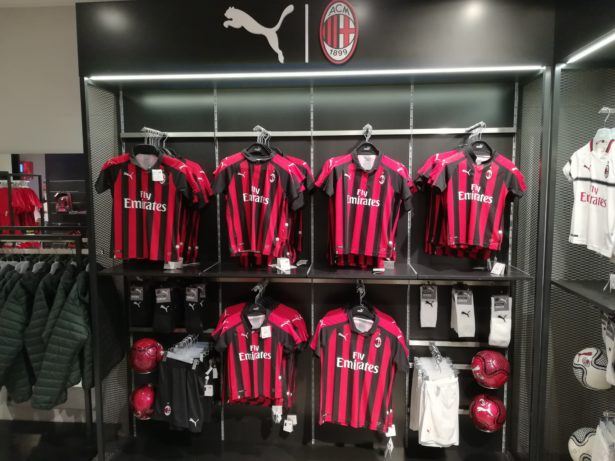 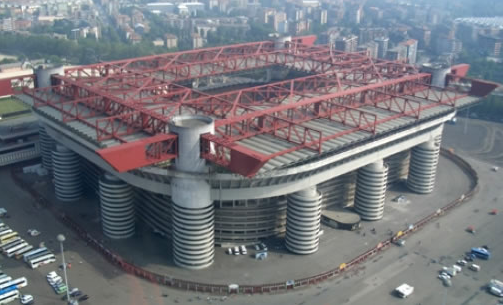 The San Siro – home of AC Milan and Inter Milan.

5. Where Mussolini Was Hanged
Back at the end of the Second World War, Benito Mussolini’s body was hanged for all to see in Milan. Head to the place where it happened and reminisce on Fascist Italy. I studied Italian History at Tech in Newtownards and am fascinated by Mussolini’s reign so I went to find the spot, which has no marker at all, you just have to guess… 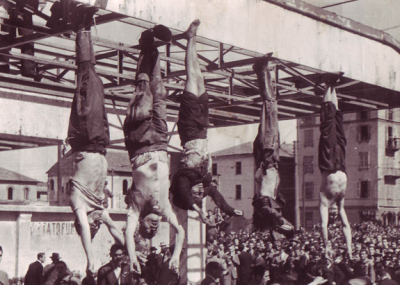 Mussolini hangs from a butcher’s hook.

Milan is a city rich in fashion, design, art and architecture. I hope that this information has inspired you to visit the city and explore all its wonders.

9 thoughts on “Backpacking in Italy: 5 Things You Must do in Milan”