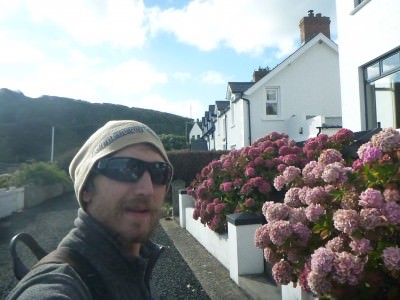 My recent adventures backpacking in Northern Ireland have surprised and inspired me more than I could have believed. While staying at the magnificent Whitepark Bay Hostel (which overlooks Whitepark beach and is a few miles from the village of Ballintoy), I took the walk west from the beach, working my way over the sand and rocks to uncover yet another gem. The hamlet of Portbraddon. 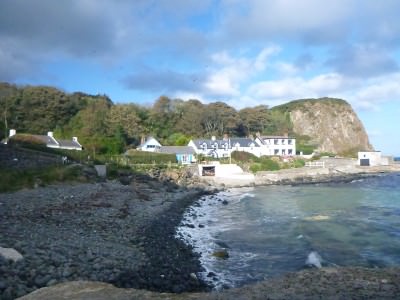 This small settlement is as uncommercial and untouristy as they come. I was in backpacker heaven when I walked up to the main (and only) street in the village/hamlet. Make no mistake about it – Northern Ireland’s North Antrim Coast is one of the finest spots on the planet. Portbraddon typifies the hidden beauty here. 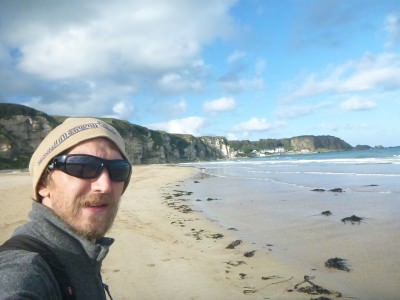 The gorgeous walk to Portbraddon.

Arrival in Portbraddon is tranquil, exposed and delightful. There is a road down here you know but no public transport of course. To get there, obviously I backpacked across the beach from Whitepark Bay. If you have hired a car, you can drive down the solitary road to Portbraddon. 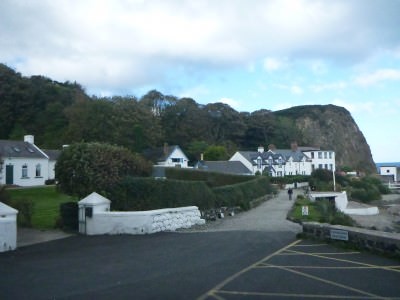 There are less than 10 houses here and a population of less than 20, it will rise in summer months, as some people have “second houses” here for the purpose of summer holidays only. 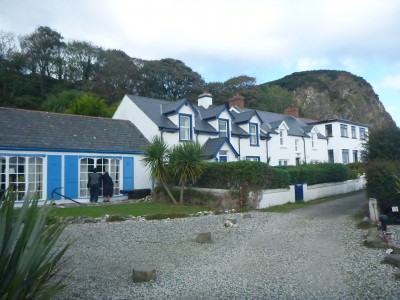 As a backpacker walking along the beach and rocks to discover Portbraddon is nothing short of paradise. 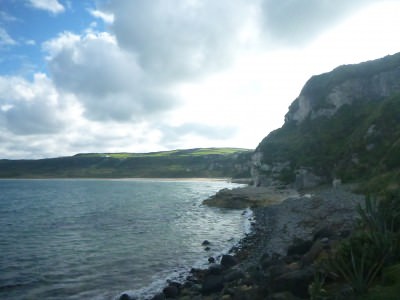 So what is in Portbraddon? There’s no school. There’s no local shop. But there is one absolute must see here.

On the main seafront street, up a shy driveway there sits a remarkable church. 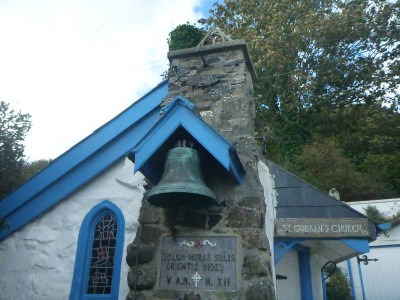 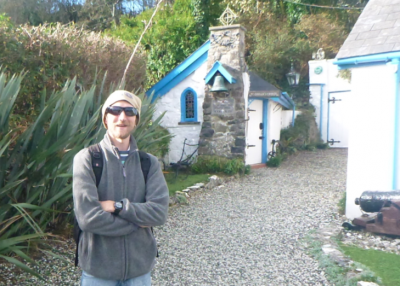 However there’s a real story behind this “church” here in Portbraddon. Yes, strictly speaking it is the smallest operational church in Ireland. However, it wasn’t built as a church. It’s a bit of a red herring! Looks like a church to me though?? 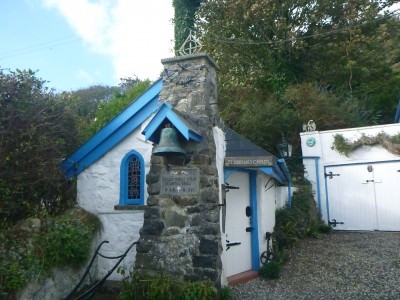 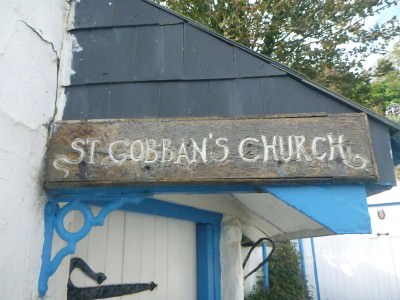 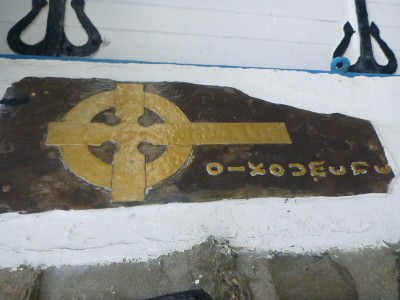 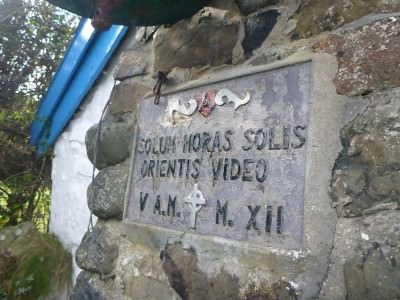 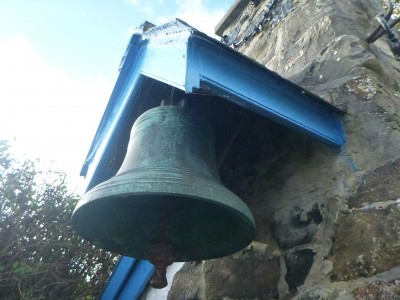 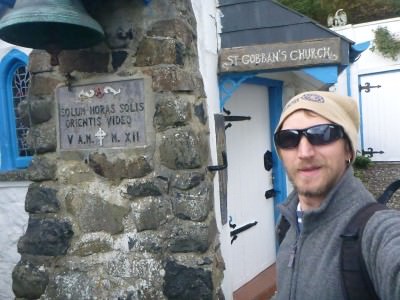 So there’s a bell, a cross, a name plaque saying it’s a church. Inside Bibles and hymn books and an altar, but this was not originally a church. A local myth states that Portbraddon contains the smallest church in Ireland, but St. Gobban’s “Church” was actually built in the 1950s as a small cow shed. The government listed it (which means it can’t be touched/knocked down) assuming this was Ireland’s oldest church. Yes, it is a church but it was once a cowshed! Have a visit and decide which story you believe. 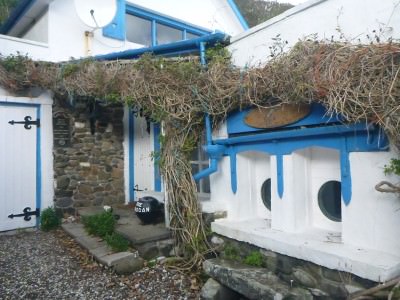 The Braddan – perhaps a restaurant or pub of the past, or that opens in summer only.

Also when you are in Portbraddon, there is a pier, a yacht club, great views over the Atlantic Coast and a small “local pub” which may well open in Summer months. It’s called the Braddan! 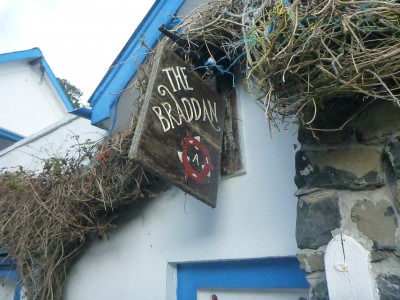 The local pub – the Braddon.

Get onto the Ulster Way, and walk round the coast to discover Portbraddon Cave as well and really my friends, this is Portbraddon in a heartbeat. It is an absolutely wonderful experience to visit such a remote settlement here on Northern Ireland’s North Coast. I left on my merry way back to the hostel at Whitepark Bay, knowing I had uncovered another travel gem to tell you all about. This won’t feature in too many blogs or guidebooks but that’s the beauty of travel. There are still hidden gems out there and I loved it. 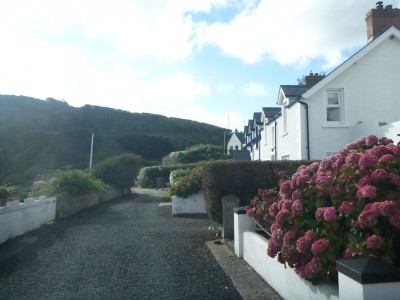 Please, please try and visit Portbraddon. It’s a special place and backpacking in Northern Ireland is full of surprises.

Here are my videos from Portbraddon: