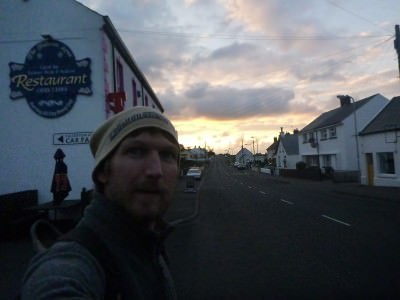 On my recent adventure backpacking in Northern Ireland I decided to hit up a few new spots and revisit some old ones so I can write about them in an up to date way and ensure that more of you get to see the beauty of Northern Ireland. One pretty village I had been to before was Ballintoy. But I had only ever passed through it to see the fantastic Carrick a Rede Rope Bridge as well as checking out nearby Portbraddon. 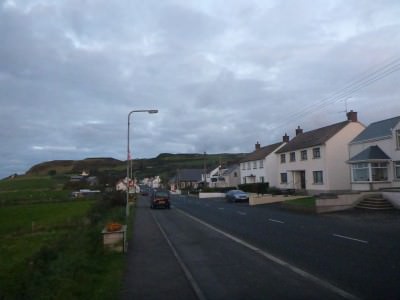 Ballintoy is a quintessential North Antrim coastal village in Northern Ireland. It’s small, picturesque and simply gorgeous. Please don’t by pass it just to see the over touristic gems like the Giant’s Causeway and the Carrick A Rede Rope Bridge – stop off and take in the charms of this beautiful little village, which has two main parts to it – the village centre and the harbour. Both are different, both ooze their tranquility out from different angles. 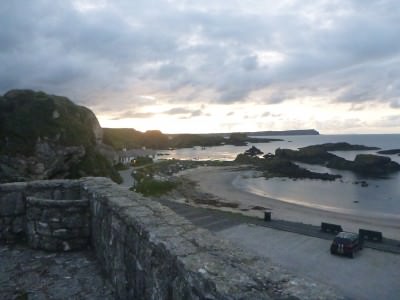 Getting to Ballintoy
Luckily I’ve backpacked it myself so I’ll explain the route. Get yourself to Coleraine firstly – it’s the nearest decent sized town. From the main bus terminal in Coleraine there are three routes that serve Ballintoy – Buses 172, 172A and 172C. In Summer months they are more regular but in winter the service slows down a notch. 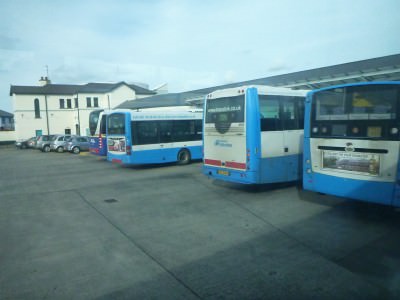 I took a bus 172 from Coleraine to Ballycastle (and I got off at Whitepark Bay) which cost me £4.20 for a single. 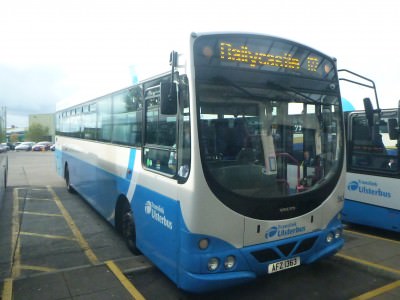 Bus 172 to Ballycastle stops by Ballintoy. 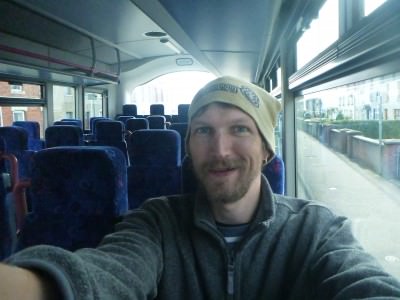 Backpacking in Northern Ireland – on the bus to Ballintoy

I stayed at the excellent Whitepark Bay Hostel. Hiring a car and cycling are also options. There are no nearby airports or train lines – again for the train – Coleraine will be the closest hub for you. Coleraine is a lovely town to tour as well incidentally.

Here are 9 cool things to check out when you are in Ballintoy.

1. Whitepark Beach
I walked along the Whitepark beach twice and in both directions – once towards Portbraddon and the other time I walked from my hostel to Ballintoy – possible in low tide only. Amazing walk and an incredibly beautiful beach. Not touristy, not commercial, just tranquil and calm. 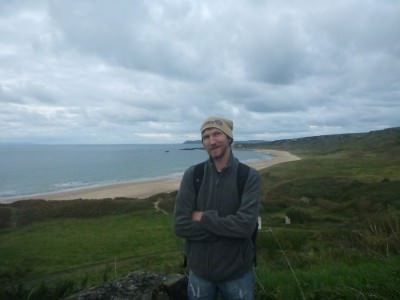 Whitepark Beach on the walk down. 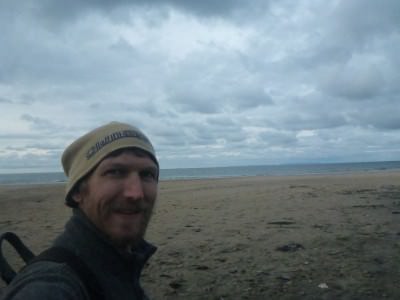 It’s also a great beach for both sunrise and sunset. 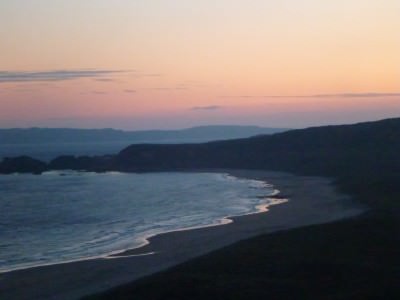 2. Game of Thrones Harbour
Some of you will be familiar with the TV series Game of Thrones. Northern Ireland has been used as a filming location for it and here in Ballintoy Harbour there is a board which tells you that. The village was used for the fictional town of Lordsport on the Isle of Pyke! 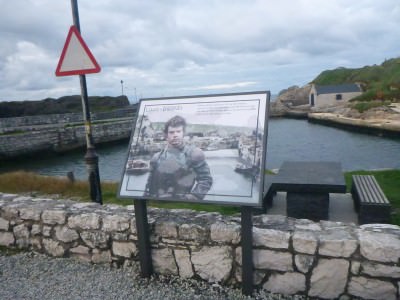 In the TV series, there have been a load of locations in Northern Ireland used for filming it, as shown on that post by David of the World is a Playground.

3. The Wee Shop
Only in Northern Ireland or Scotland could you get a shop called “The Wee Shop”. An old school post box also sits outside. It’s a place to buy souvenirs, drinks and snacks and perhaps the most unusual place to indulge in international lotteries. 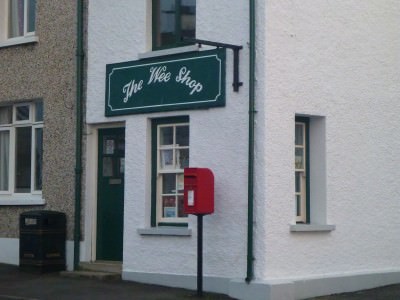 The Wee Shop in Ballintoy.

4. Ballintoy Parish Church (Church of Ireland)
This magnificent white church is one of the most striking images in Ballintoy. Situated just outside the town centre, on the harbour road on a corner, it’s a big white Church with a massive cemetery. 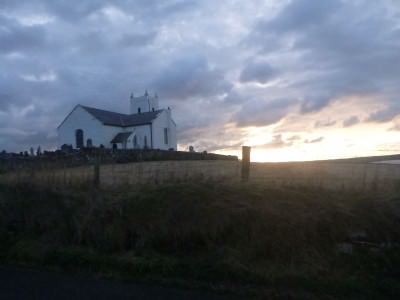 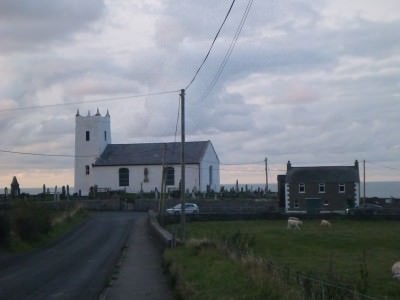 5. Ballintoy Village Church
In the village centre is another church. 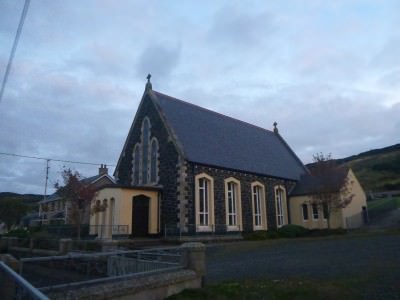 6. Whitepark Bay Hostel
There’s an actual hostel in the town itself, with a funky pink backpacker outside but I personally prefer to stay at the Whitepark Park hostel, in front of the beach and a short walk from Portbraddon. 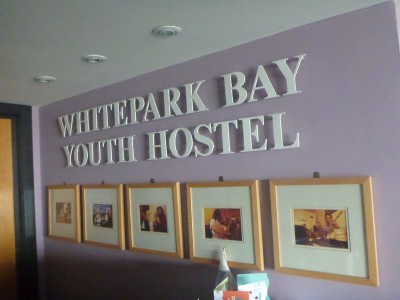 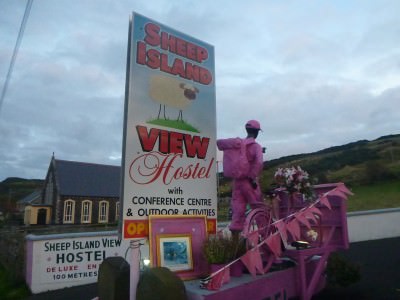 The pink backpackers hostel in the town centre.

7. Coastal Dander
The word “dander” in Northern Ireland means “walk”. Walking down the coast of Ballintoy is inspiring. Tremendous views, epic sunsets and sunrises and chilled out air. 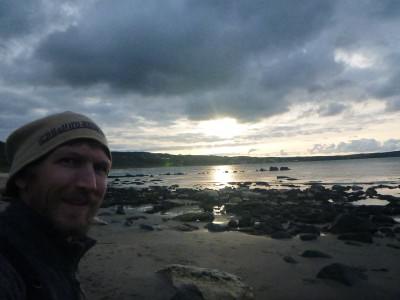 A wee coastal dander in Ballintoy. 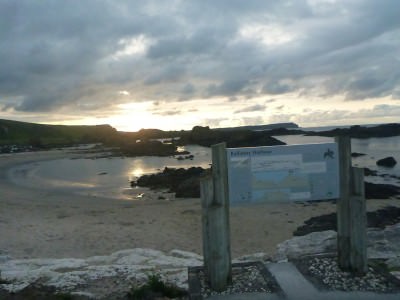 Down by the beach in Ballintoy – wee dander.

8. Fullerton Arms
I popped in for a beer and burger at the Fullerton Arms. An excellent local pub with great staff and sometimes live music. Typical Northern Irish hospitality here as well, I was staying a few miles down the road at the Whitepark Bay and it was getting late and the barman John gave me a lift all the way to my hostel! Top lad and Ulster hospitality to the core. 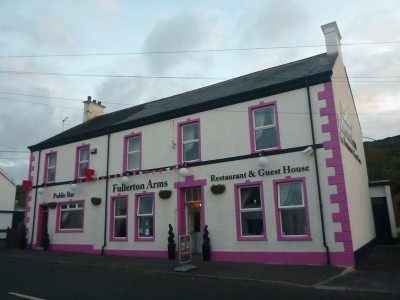 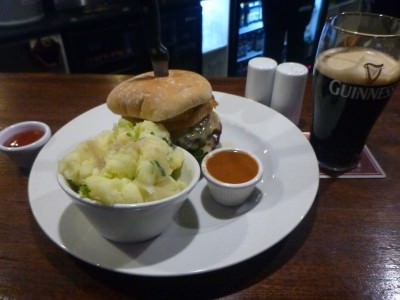 Beer and Burger at the Fullerton Arms. 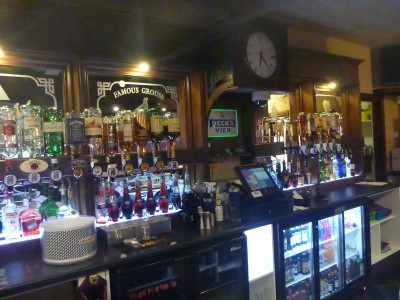 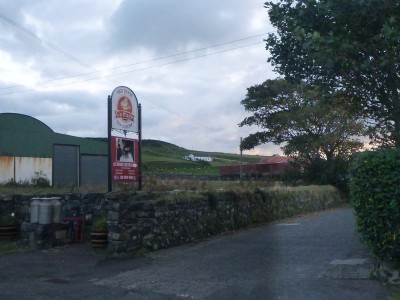 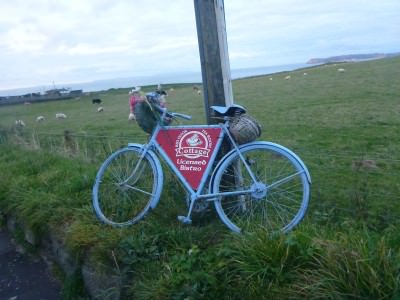 Red Door Tea Room – follow the signs on the bike!

So that should get your backpacking heart eager for heading to little Ballintoy in Northern Ireland. I’ll get my videos posted at some point, having severe laptop and internet problems this week.

9 thoughts on “Backpacking in Northern Ireland: 9 Cool Things to Check Out in Ballintoy”