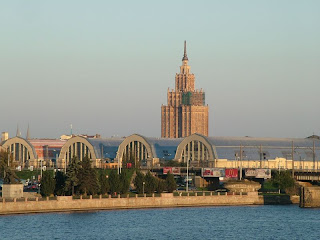 I had met three Latvians (Mark, Janis and Monta) in 2004 while working on Bournemouth beach. To be honest I had never had any desire to go there for some reason. This changed for a few reasons. Ryanair Stansted – Riga was one. The fact that Latvia were playing my country, Northern Ireland at football was another and my desire to travel was always increasing. 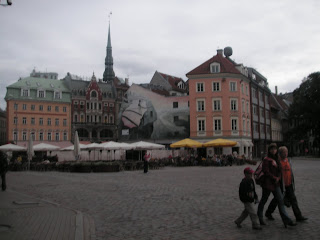 I knew I was going to Latvia before I even knew I was doing a world tour! Yep, I had booked a trip to Latvia, Germany and Iceland in 2006, which was not even due to happen until September 2007, when my world tour (as it then became known) finally finished and sent me back to Bournemouth in England (via Northern Ireland’s Bangor). This was for two football matches in 5 days, but I had thought I might as well see some of the sights, especially in Iceland, so booked it cheap and early.

Though it was a continuation of my world tour, I was accompanied by many people I knew this time, including good mate Tim Beattie, who sat beside me on the plane and roomed in the Hotel Island (Hotel Iceland, just to get us in the mood for Iceland). This was due to my links and times following Northern Ireland. Anyway football out of the window, what was Riga like? 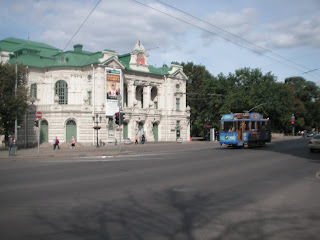 In honesty, I thought it was great to look at and walk round, but boring to do stuff in. Perhaps I should have stayed longer and museumed more, but the fact we lost the football match (1-0 to an own goal) dampened the spirit and I got ill on some kind of dodgy sandwich.

The few things I did admire in Riga were the glorious ‘Stalin’ building (yes another one) which towers into the skyline, their respected Freedom Monument (similar in colour to USA’s Statue of Liberty) and the massive river (The Daugava). It would definitely be worth a day trip if you happen to be nearby, though somehow I wouldn’t recommend a holiday in Riga. 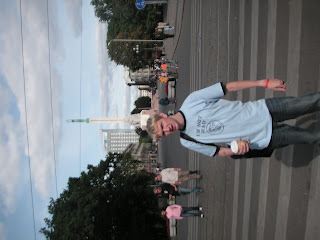 All that aside, this is probably my most negative entry on this blog to date, so to close, there are some wonderful and beautiful Latvian ladies. I worked with Jana and Monta in Bournemouth (in a theatre and a ice cream hut) and they were great people, as were Mark and Janis. The Latvian guys can be hard to talk to at first, and comedy is also difficult, though their culture is something they respect very much and in 2007, they were the least happy nation in the world, according to the Guinness Book of Records. Perhaps you all traipse to Riga and bring them a smile.

It ain’t a bad world…

Where I Stayed – The Extravagant Hotel Island, near the Daugava River (only 10 minute walk to the Old Town).

Favourite Food – NONE, it was all rank, and I also took ill at night.

Favourite Thing About Riga – Walking round the city on a quiet Sunday morning, across the bridge, by the Old Town, Freedom Monument etc.

Moving Moment – Finding the Riga Radio Station Headquarters. My dream of getting a full time job on radio remains.

FACT – Latvia has had strained relations with The Russian Federation due to Russian discontent with Latvian language and citizenship policies, as well as Latvia’s requests for Russia to recognise it as continuous with the first Latvian Republic and acknowledge consequences of Soviet occupation.