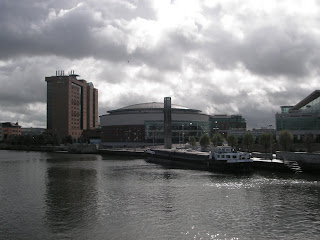 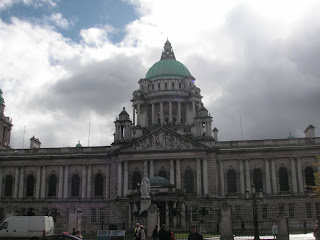 If you do have a simple mind (pun intended) then you will think “Oh, I like Ireland, I must visit Dublin.” You’d be making a major error there! Dublin is bland, predictable, cosmopolitan and expensive. VISIT NORTHERN IRELAND INSTEAD. The amount of people I met on my travels that think Dublin is the best place to visit in Ireland astounded me. Not one of them had ventured north of God’s eloquent border to the glorious, culture stricken streets of Northern Ireland, and BELFAST. The city of dreams…

Authors of The Lonely Planet (Tony and Maureen Wheeler) named Belfast as one of the Top 25 places to visit in the entire world and it’s not hard to see why. I’ll put it at number one. Go there and see what we have. Belfast is not my hometown, that accolade belongs the more drab, middle class seaside town of Bangor. But Belfast makes me feel at home. It is my capital city. It represents my country and my people. It represents fun in life. 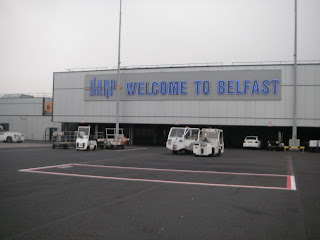 The city is steeped in history, culture and heroes of the world stage. Musician Van Morrison hails from Hynford Street in the East of The City. A plaque above the street sign commemorates this. Footballer George Best passed away in 2005, and is remembered by two wall murals and a headstone, also in the East of the City, as well as having the airport named after him. Other famous figures such as Alex ‘Hurricane’ Higgins, Ruby Murray and Gary Lightbody all hail from this city of history and wonder. 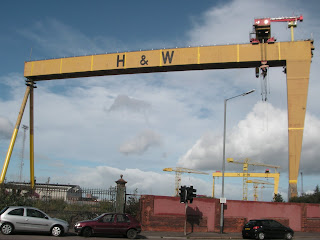 The obvious, apparant, blatant divide is clear for all to see in some of Belfast’s suburbs. This makes fascinating conversation and pub talk amongst visitors. In the West of the city, the Falls Road has Nationalist and All Ireland slogans and messages on its street walls and corners. This Catholic side of the city also includes murals glorifying IRA and Sinn Fein ‘heroes’ through the decades. Catholic Churches fill the streets of Ballymurphy. However Northern Ireland is a British country and this British and therefore Protestant majority is very clear for the eye to see. No road signs are in gaelic, there is no Euro currency (It’s the British Pound, strong and firm here), but perhaps more importantly the famous Union Flag is raised high above the City Hall to display that this state is under the rule of The Queen. But it is so different to Wales, Scotland and England. The people here in Belfast have been through a lot, endured a lot, but from both sides of the religious divide, the people share one thing: THEY HAVE A PASSION FOR LIFE. Traditionally low suicide and divorce rates (we won’t go into murder rates, due to the ahem…troubles) and smiles on people’s faces is Belfast at it’s best. 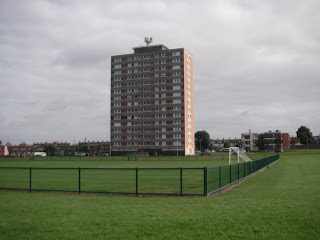 The city is enjoying a wave of modernism at present. Following a few ceasefires in the mid-1990s, the Good Friday Agreement of 1998, and a local Northern Ireland assembly (which has been unassembled more times than it has been assembled), the vibrancy of Belfast proves the city is looking to the future with every reason to. Large modern buildings outshine the more drab, overbombed buildings of the last century. The main street, Royal Avenue (another hint that this is a UK state) is not a pretentious Oxford Street. There is no ‘place to be seen’, everyone is welcome on this main street. You bump into tramps, tourists, business men, market traders, celebrities (local at least) and generally just normal people enjoying normal lives. Royal Avenue stretches us down to the City Hall, built in 1906 and a beautiful structure, with a nice park in front of it. The park is often the place to eat sandwiches when God’s sun decide to shine on a lunchtime to these Northern Irish citizens. 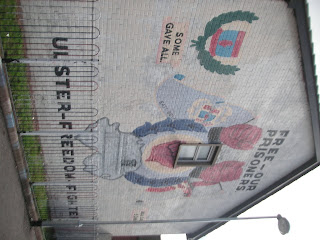 A two minute walk from the City Hall sees us on Great Victoria Street (another British reference for your eager ears), where the Grand Opera House sits next to the New Grand Opera House. Further down the most famous bar in Belfast, The Crown. Owned by the National Trust, and still a traditional Irish pub, you must have a pint here. I had a Guinness and a bowl of soup. For less than £5, you wont be stretching your wallet. Opposite the Crown is a train station which can take you to Portadown (scene of many a protest/riot over the Drumcree annual 12th July parade), Londonderry (a segregated city on the north coast, which has walls in the city centre) or Dublin (that boring place in the Republic of Ireland). When you look up to the sky, you will also notice the Europa Hotel. At one point it was the world’s most bombed hotel, and until a few years ago was still the most bombed hotel in Europe. Not an accolade you would want, I guess, But its all part of the history. Famous figures and politicians would stay at this hotel and the IRA and INLA would take great pleasure from disrupting their stays with frequent bombings. As a child it was as commonplace on the 6 o’clock news as the weather section. Why not also have a nice pint of Harp in The Europa’s Lobby Bar?

The city oozes culture and life. GO there, GO see it, GO tell everyone about it.

Bars Visited – Most of them.

Beers Tried – All of them.

Where To Stay – Google a hostel or give me a call and stay at mine.

FACT – Northern Ireland is a British state. It was formed in 1921 with the ‘Partition of Ireland’ act.