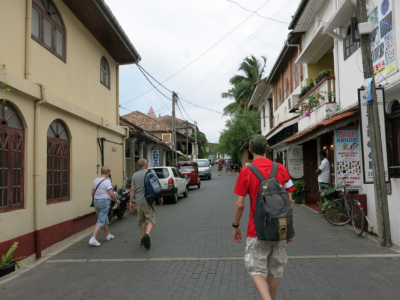 I take notions and it’s been a while since I wrote anything about backpacking in Sri Lanka, so here goes! Galle Fort sits old, worn, pretty and significant on the south west coast of Sri Lanka. In the city of Galle which houses around 90,000 people. It’s a really cool place to stop off at while your’e backpacking in Sri Lanka and we headed there to see what all the fuss was about. We were pleasantly surprised – we liked Galle and Galle Fort. My Mum and Dad joined my girlfriend and I on this bit of travelling as well which made it extra special. 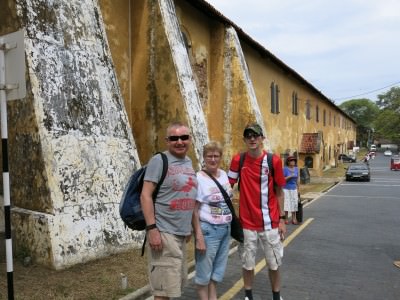 Backpacking in Sri Lanka with Mum and Dad – Galle Fort

There is no doubt that the beauty of Galle for me is just staring all around you and taking it all in – it’s a very picturesque town and a photo friendly one, hence why I’ve encapsulated it into a 23 cool things I noticed when touring it. 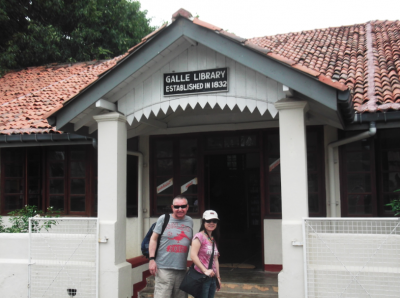 2. Maritime Archaeology Museum
As Galle is a coastal town with a harbour, this Maritime Museum gives a decent overview of the naval history of Galle and from an unusual archaeological perspective. 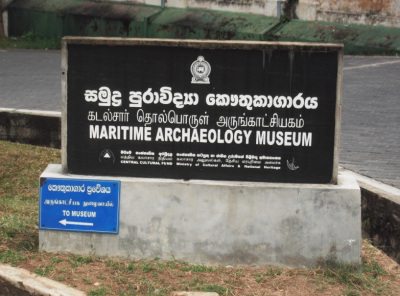 3. Galle Magistrates Court
Every old town and fortress has its crime and a magistrates court is within the compounds. 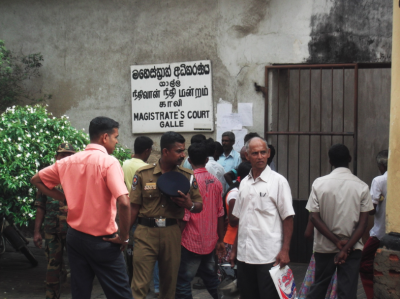 4. Old Dutch Hospital Building
The Dutch were here as well as the British and lots of their architecture and buildings remain including this old hospital building. 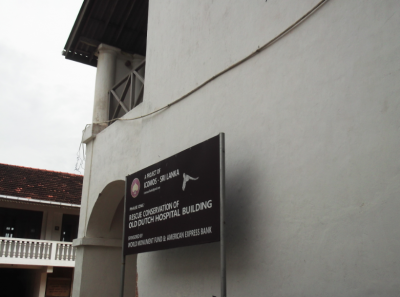 5. British Red Post Box
Evidence unchanged from the British rule in Sri Lanka comes in many forms, one of which are surviving red post boxes, of the same style used in England. 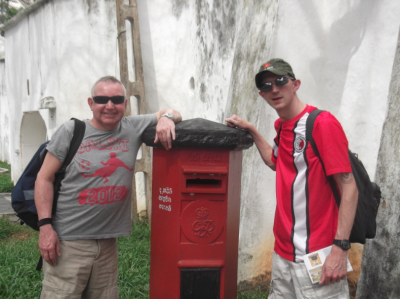 Backpacking in Galle – My Dad and I by an old red British Post Box.

6. Police Barracks
A police barracks headquarters can be seen inside the walls of Galle Fort. 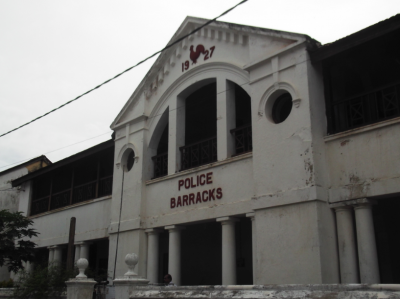 7. Beaches
There are a few beaches too on the edge of the fort, though these are not really frequented by swimmers. 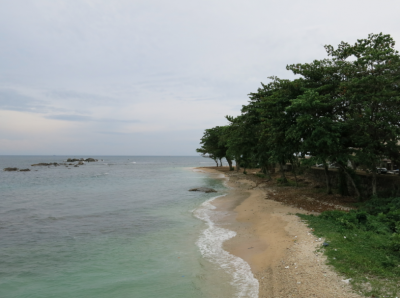 Backpacking in Galle – yes there are also some beaches on the outer parts of the fort.

8. Market Stalls
Anything from hats to Sri Lankan souvenirs to fruit to drinks are sold in the many market stall around the Fort. 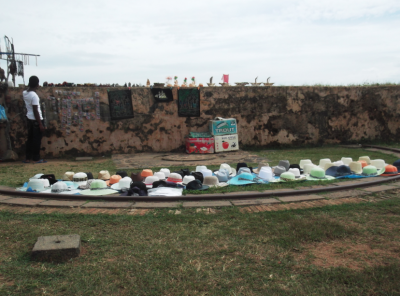 Backpacking in Galle – Hats for sale.

9. Galle Lighthouse
Again evidence of Galle’s use as a defining port of entry is clear from the existence of the Lighthouse. 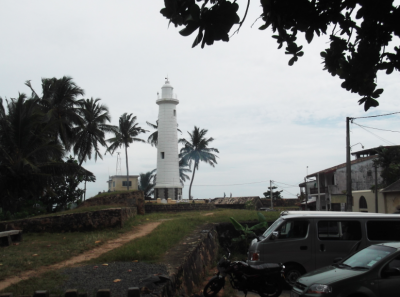 Backpacking in Galle – the Lighthouse

10. Mosque
Different religions exist all over Sri Lanka and a massive white Mosque dominates the skyline near the Lighthouse. 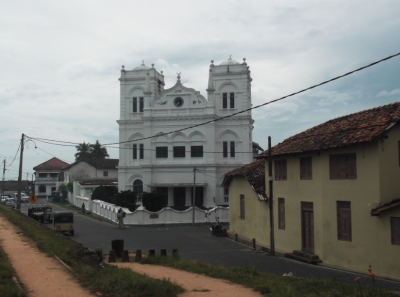 A Mosque in Galle 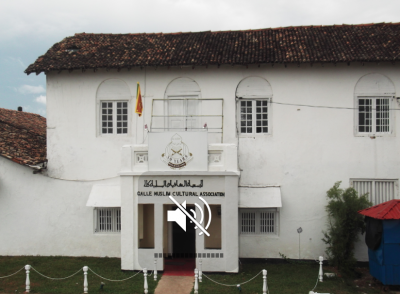 Backpacking in Galle – a centre of Islamic Culture.

12. Fake Pizza Huts
Yes I thought this was a cool idea – steal from the best – a rip off of Pizza Hut! Similar to the Stars and Bucks I saw in Palestine. 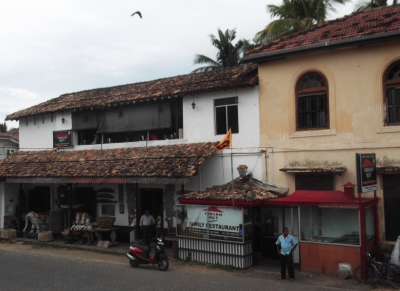 13. Sri Lankan Flags
A proud nation and Galle Fort flies some Sri Lankan flags on the streets and out towards the sea. 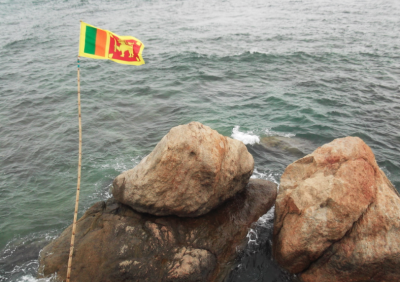 On one of the streets, I also flew my Northern Ireland flag vertical and next to a Sri Lanka one. 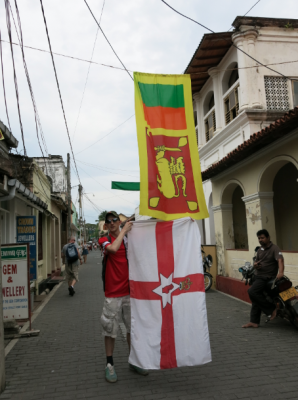 Backpacking in Galle – Northern Ireland flag next to a Sri Lanka one.

14. Blackbirds on a Wire
I’m not an ornithologist but the sights of a load of blackbirds on a wire was worth capturing so I did. As I said, just walking around Galle Fort at leisure brings these excellent moments. They’re probably not actual blackbirds, though they are birds and they are black. 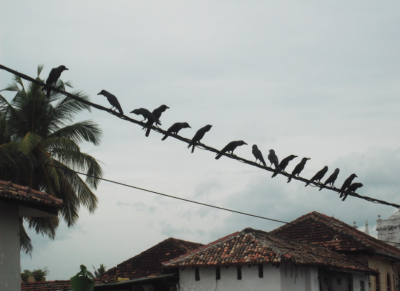 Backpacking in Galle – Blackbirds on a Wire

15. Gems, Jewellery and Antiques
Shopping is never far away in Sri Lanka and Galle gets in on the act too. 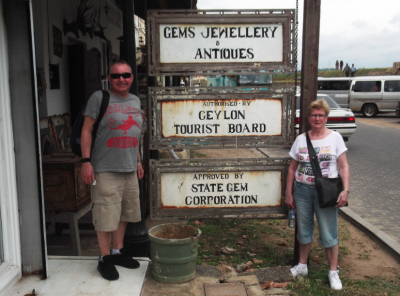 Gems and Antiques for sale in Galle

16. Side Streets
A dander down the wee poky side streets will be full of more surprises – tea shops, more souvenirs, people’s homes. 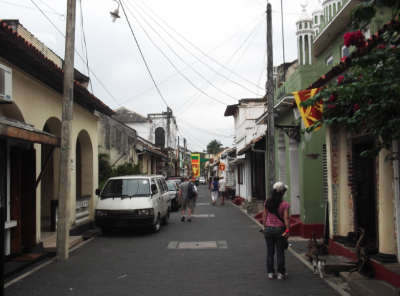 Backpacking in Galle, Sri Lanka – exploring the side streets.

17. Cricket Posters
Cricket is an obsession in Sri Lanka, just as it is in India, Pakistan and Bangladesh. You can get some old school cricket posters from when the country was ruled by the British and called Ceylon. 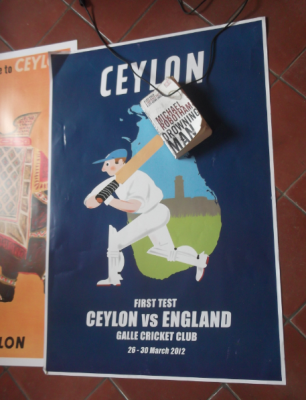 18. Galle Cricket Club
While you’re in Galle, you might as well check out the cricket stadium too, which is just on the edge of the Fort, in fact from the entrance to the fort you get a good view down in. 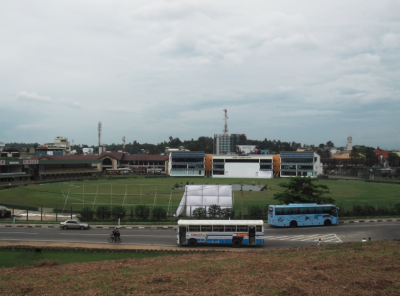 19. Bell Tower
There’s a massive bell tower within the walls of Galle. Worth stepping underneath and ringing the bell! 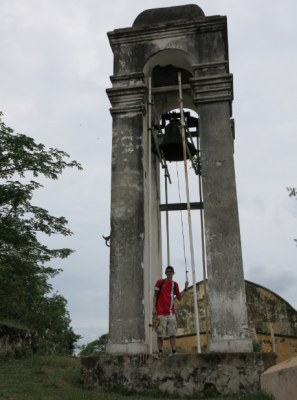 Backpacking in Galle, Ringing the bell.

20. Dutch Reformed Church
This Dutch Church still has a service on every Sunday, the original building on this site dates back to 1640. 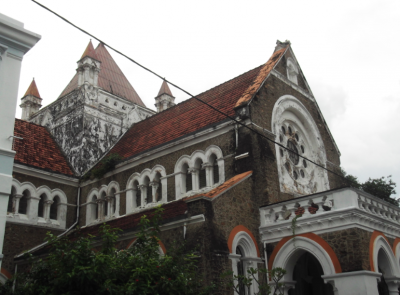 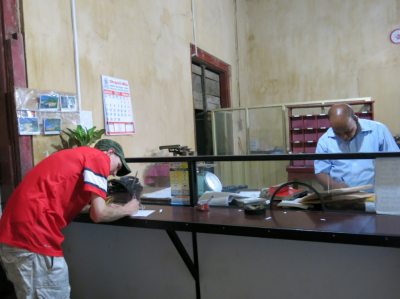 Backpacking in Galle – posting postcards from the post office. 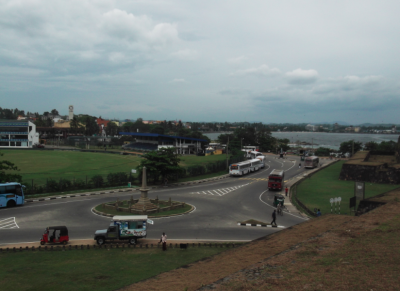 View back into the town of Galle from the main gate 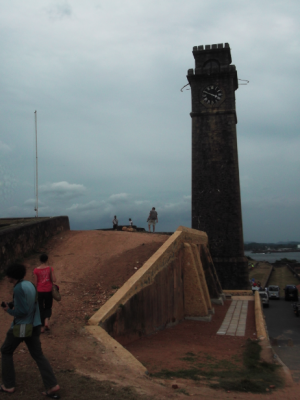 Tower at the main gate at Galle Fort

23. Tea
Well yes – this is Sri Lanka so you can’ t (or you shouldn’t) go anywhere without sampling tea. You can buy tea in local shops and you can sit down and drink it. 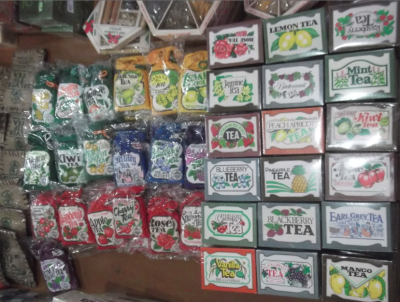 SO that’s 23 cool things I personally noticed, photographed and enjoyed while touring Galle Fort in Sri Lanka. Galle Fort is a UNESCO listed World Heritage Site and is totally worth a visit. 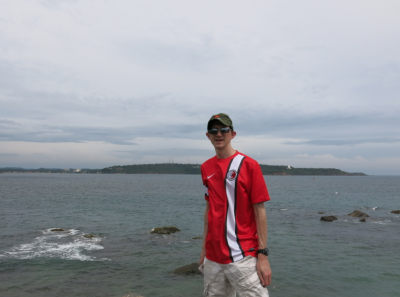 Relaxing in Galle by the water on the edge of the Fort.

For me the charm of the whole place was summed up in this post – random unrelated interesting sights that catch your eye and leave you feeling inspired and content. While walking the walls and streets of Galle, my Dad and I also had a Lion Beer, yet another travel highlight from a special country. 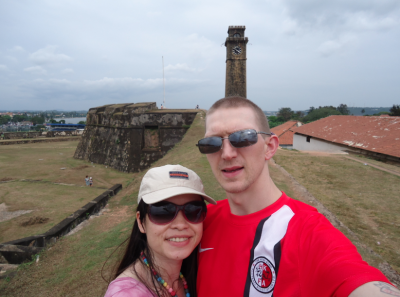 My videos from Galle: