My Asian adventures of the 2000s and 2010s feel like a distant memory now. In that continent, as of September 2021, there are only 6 real countries unbackpacked. Those countries sit as The Maldives, Bhutan, Tibet, Pakistan, Nepal and Palau. In August 2012, the time came for me to visit Vietnam. I felt like such a young and vibrant backpacker back then. It was glory days loyal and so today, I reflect on my best memories from backpacking through Vietnam. Cheers to Nick, from Canada, pictured below on a Bia Hoi (Beer Corner) in Hanoi of an afternoon in this mad city. 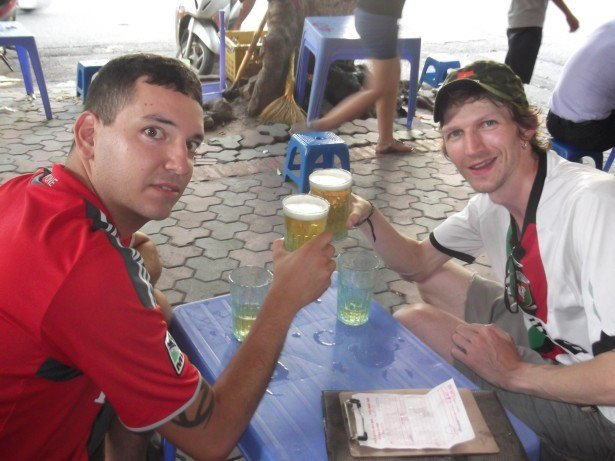 Nick and I on the beers in Hanoi, Vietnam

Vietnam was once two countries and I remember reading about that as a kid – North Vietnam and South Vietnam. By the time I got round to backpacking it, it was just known as Vietnam. South Vietnam existed from 1955 – 1975, with its capital Saigon (now often called Ho Chi Minh City!). North Vietnam existed from 1954 to 1976 and had its capital city as Hanoi. If you manage to get a decent break in Vietnam, especially those on a 3 week Vietnam itinerary, try and fit all of these things into that. These are some of my highlights from backpacking Vietnam.

I just loved the cheapness of every Bia Hoi corner in Hanoi. They are literally on every corner. You just rock up in the busy madness, sit down and order a cheap ice cold beer! 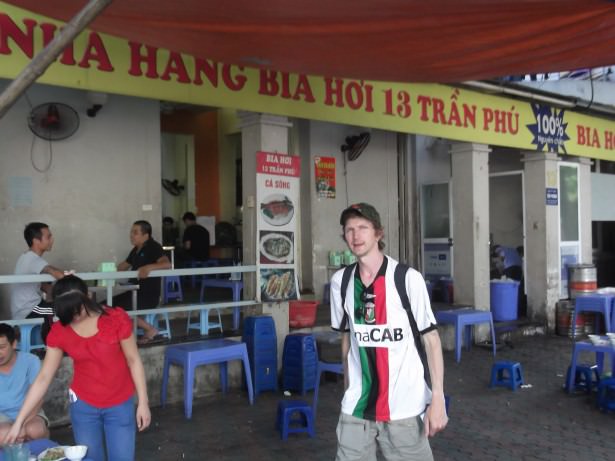 Hanging out at one of many Bia Hoi’s in Hanoi,VIETNAM!

It might come as a surprise to some of you that Ho Chi Minh’s Mausoleum and childhood house are not actually in Ho Chi Minh City itself (Saigon). Instead, they are in the northern city of Hanoi, which also happens to be the country’s capital. As well as visiting Ho Chi Minh’s Mausoleum and House, you can see how close the railway line comes to the city’s houses. I also used the trains in Vietnam a few times and loved them. 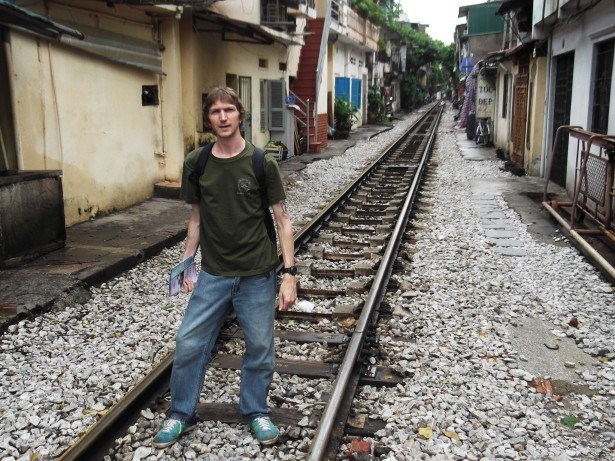 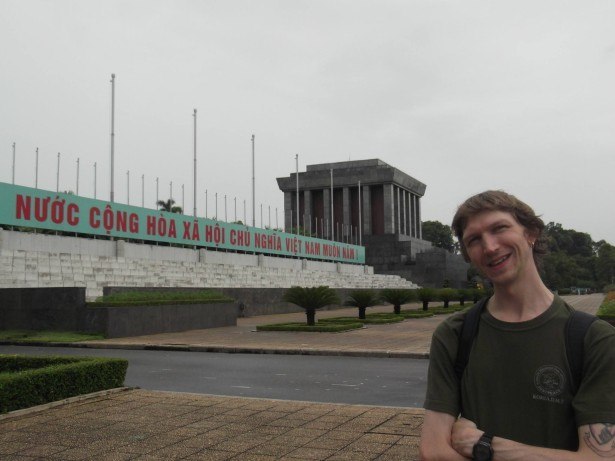 Backpacking in Vietnam: My Best Memories 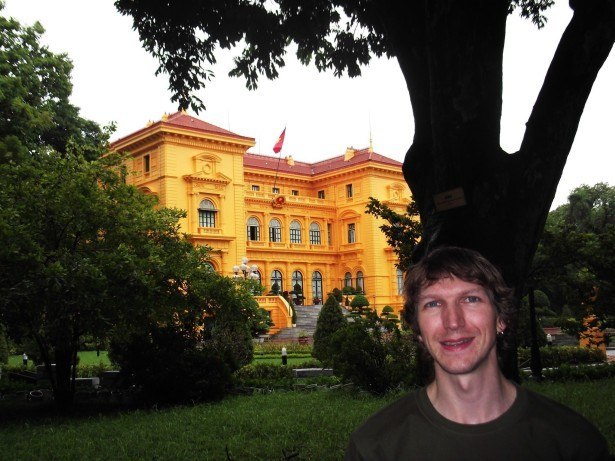 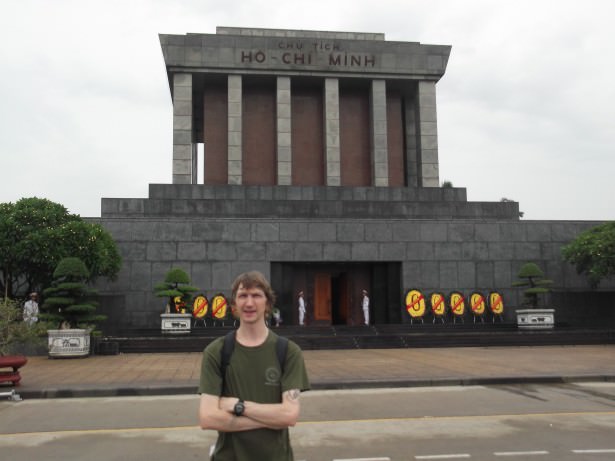 I headed north towards the China border and wound up in a city called Lao Chai. It was here that I was basically right on the border to China at one point. At that time, I even had a Chinese multi entry visa in my passport (as I was based in the Kong), but instead of crossing into China, I chose to head to the lofty city of Sapa. From Sapa, I was able to organise a hike through the mountains to a place called Ta Van. The views were stunning and I was part of a great group. We went from Tả Van to Giàng Tả Chải. 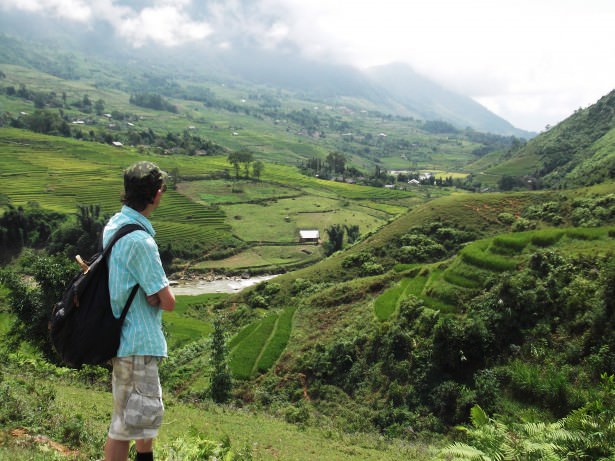 View on day 2 of the Sapa hike in Vietnam. 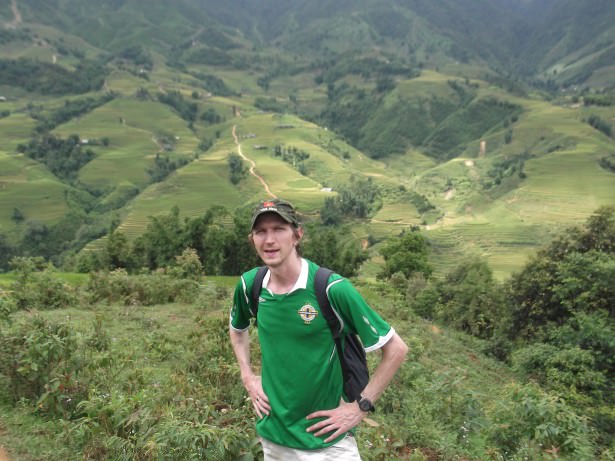 For some magic and a UNESCO listed harbour, head to the famous Ha Long Bay. As well as caves and rock formations, it’s a beautiful bay to cruise around and feel inspired. 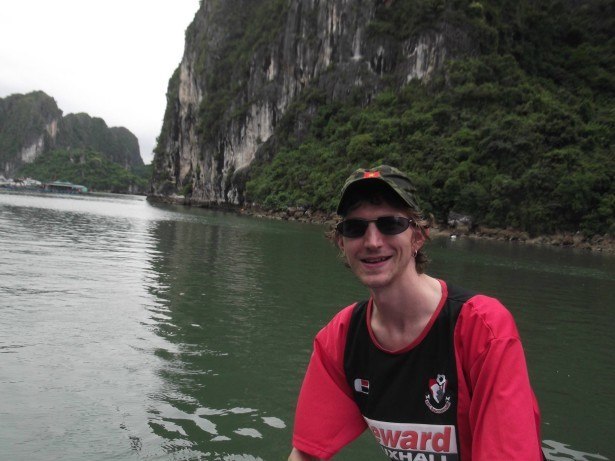 There are plenty more things to see in Vietnam of course but this is just a small taster for it. There are some amazng restaurants too and lovely local food to be munched. Here are a few more photos from my time backpacking in Vietnam. 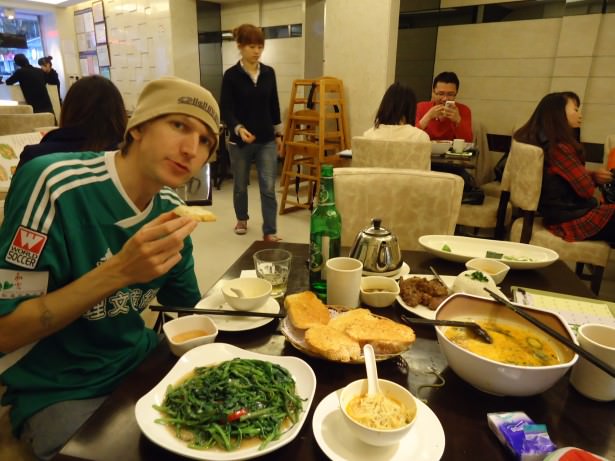 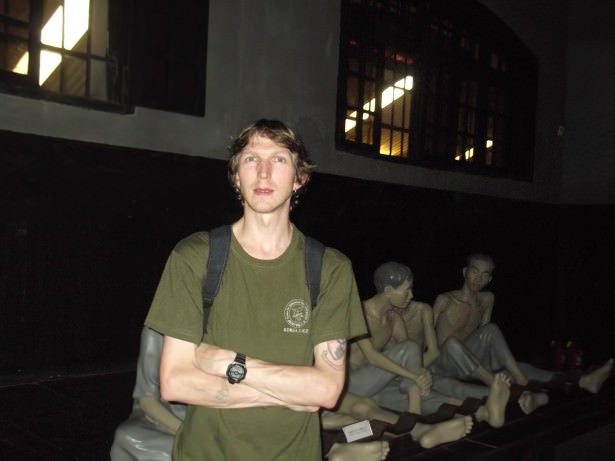 Inside the Hanoi Hilton, this ain’t no hotel for relaxing, this is Hoa Lo Prison, hiding the scars of yesteryear in Hanoi, Vietnam 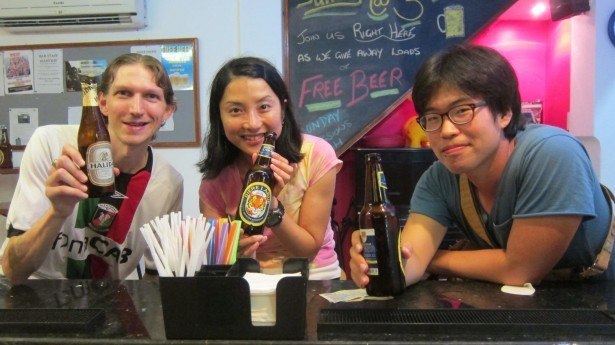 Drinking with Hiro and Daeuk in Hanoi Backpackers in Vietnam 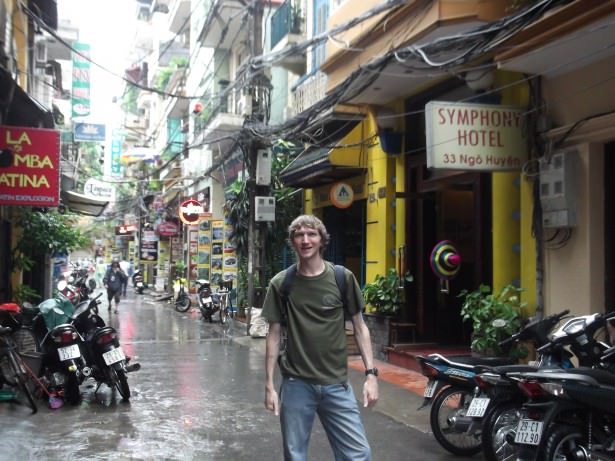 As I backpacked through the streets of Hanoi in Vietnam, things were changing once again. I was basically becoming a full time travel blogger. 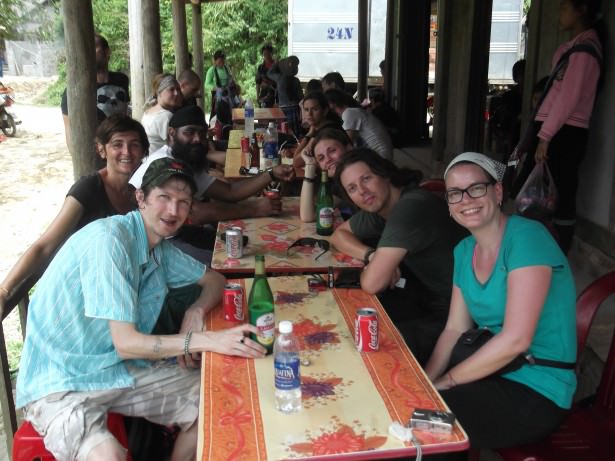 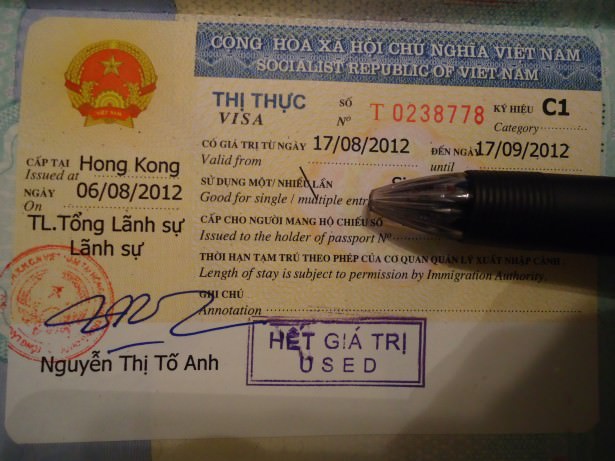 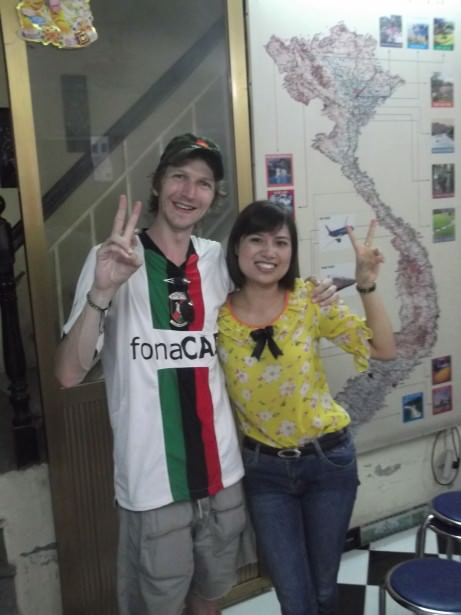 Unsung Heroes of travel – Travel Agents – here I am in Hanoi, Vietnam with Lily. 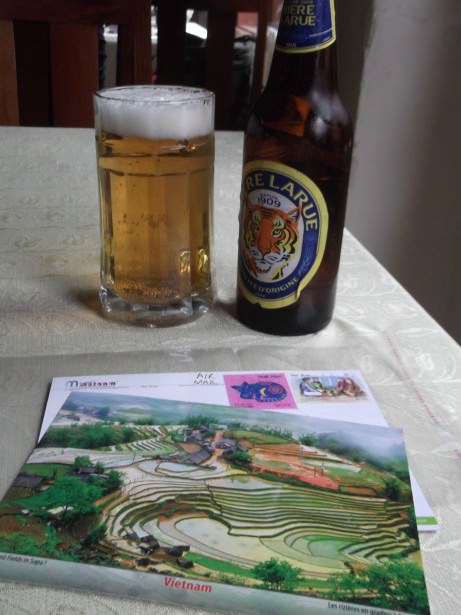 Get youself a beer and relax! You’re on holiday and Vietnam is cheap 😉