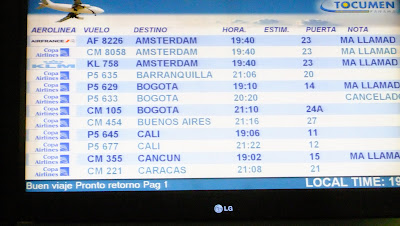 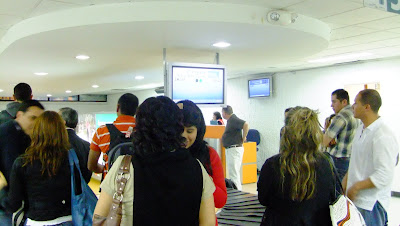 One of the dreaded Bs of world cities, Bogota, sits alongside Beirut, Bagdad and Belfast. As one to avoid. Only made me hungry to go there then… 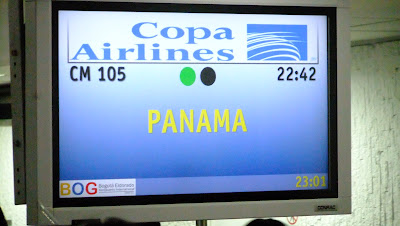 And if you really want to say it (which I always do) – I “continent jumped” yet again. This time from dreamy Panama (classed as Central America, possibly in North America, but by no means in South America) to what was to be dreaded apparently – Bogota, Colombia’s “oh so fucking dangerous” capital in what stood definitely South America (again). I wasn’t scared. I had a friend there, and I had somehow survived the dodgy cities of Ciudad Del Este, Cuzco and Quito, each time coming away from those places with nothing but positive sentiment. 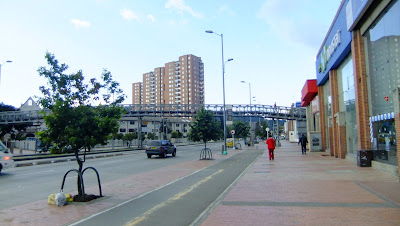 Belfast they said was dangerous and certainly Bogota is the same. If you speak English in Belfast you’ll always be OK. If you’re local, even more so. If you speak Spanish in Bogota, it should be fine, even better if you have a local mate there. That mate, 6 years prior had once served ice cream with me to idiots in Bournemouth on the south coast of England. It was Julio Felipe. 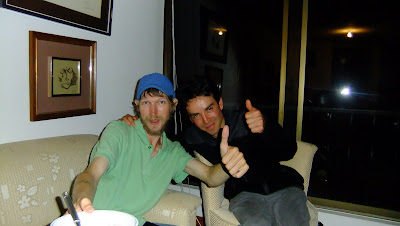 I met Julio in 2004 when we first worked together, but a combination of multiple jobs, my stupidistic interest in British Football (which I’ll add hasn’t waned) and my studies resulted in myself and Julio not becoming good mates until the following summer. 2005 was the year when Colombia’s Julio opened up my mind away from the perils of commercialism. “I never want to be a consumer” he said to me. “Take your fucking change, MATE” he said to a stupid West Ham fan in 2005. I was in stitches on the other side of the till. This gentleman had class. 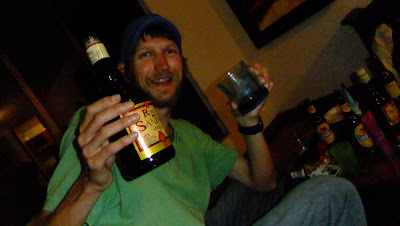 Fast forward 5 years until late 2010 and you wouldn’t always imagine, or even dream that the same gentleman would remember or even still befriend his worldly Northern Irish mate, who had nothing but admiration and intrigue for Colombia and it’s often disputed appeal. 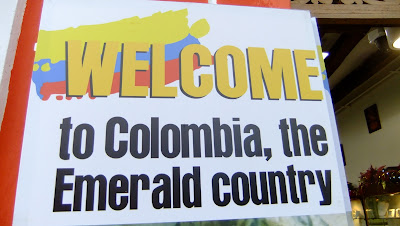 Let’s be honest to myself on here, Colombia was the FIRST place I wanted to visit in South America. I do apologise to Uruguay and Paraguay, but Colombia always held my first appeal there. And Julio spurred this one on. A simple message in 2010 to Julio Felipe revealed that I wanted to see Bogota and more importantly see Julio once again. Memories linger long and perhaps one of my abiding memories of Bournemouth will be Felipe and me throwing burgers at each other while “stupid English idiots” fork out £5 for such a product. 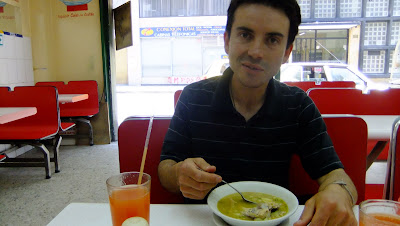 Colombia revels in its own intelligence, and I found Julio to be a good friend. If indeed Julio is reading, or ever does, he will be shot down to earth by the reality that he is in fact just what many of us are. A normal human being. Julio being one who possesses not just intelligence but a fucking sense of humour. 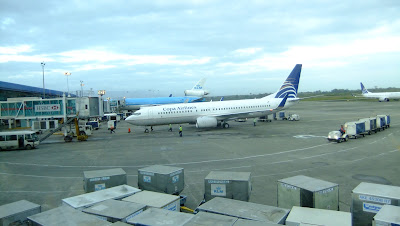 So I booked my flight. It was Panama City straight to Bogota on 30th December 2010. It had to be a special meeting. I decided I wanted to spend New Year’s Eve 2010 with Felipe and whoever else was around. Now I do have other Colombian friends and acquaintances through the years, notably William and Marta, who both enjoyed beer and kebab with me on what was an odd introduction to Sydney back in 2009. Natalja-less we had a beer in the Irish Pub with these two Colombians, on the same night which cemented my new friendship with Daniel Evans from Derby. There was also Adela Calderon who also worked with me in Best Break in Bournemouth and the serial shagger Gustavo who, in 2004 fell asleep in my flat on too much beer. Gustavo was a co-barman at Heathlands Hotel in the town, where I also worked once upon a time. 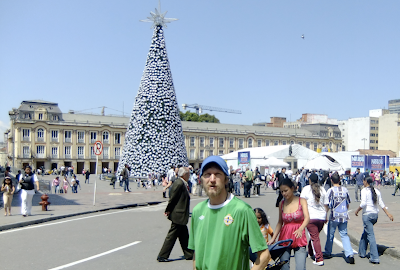 I used to make all of his drinks as he spoke no English. But all Colombians I had ever met only fuelled my desire to see their country. And I’m reflecting now, but they have a fucking gem of a country. Calm, unventured, dangerous and graphic. these four words can sum up for me a country which fails to promote itself PR wise merely because bad reputation supercedes it. Rather like Belfast. 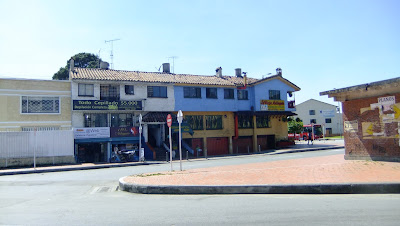 Julio himself would laugh at that, reeling Belfast off to be another safe UK city with its richness and charm. How wrong he might have been back in the late 1980s, when my Mum wouldn’t have been scared or even scared me “there was another bomb near Granny’s house the day” she’d say. It didn’t bother me. And it never will. Belfast and Bogota share something. 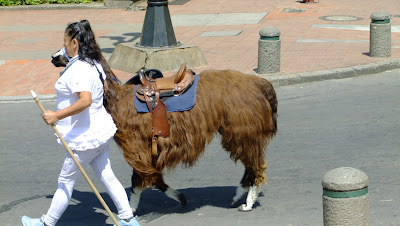 And here’s what I believe it is…they are places whose reputation and worldwide opinion often over-rules the deep lying beauty which lies within. So I found it in both and I’ll never cut a long story short to tell you, but let me say this: BOGOTA FUCKING ROCKS. 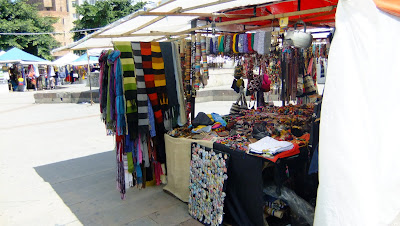 Not in the same way that Asuncion steals your heart, Montevideo makes you want to stay and La Paz makes you dizzy, thirsty and hungry. Bogota has its own dangerous appeal. You have a risk of having your camera stolen. In daylight. You don’t buy a drink with ice in the city centre. You don’t try to speak Spanish in the markets, because your accent lets people know you’re foreign. And these things, for once are NOT a bad thing. 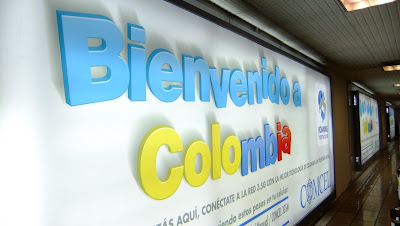 They keep you safe. I braved it. I touched down darkly on a new flight they had created to compensate for the cancelled one. And there, after getting my bag and realising this airport is nothing spectacular, I was exposed to Colombian air. Think Aldergrove in 1989. Walking nervously (yes, really) out of the customs check (and the easiest passport stamp in South America by the way – “welcome Sir. It’s a nice evening here.”) 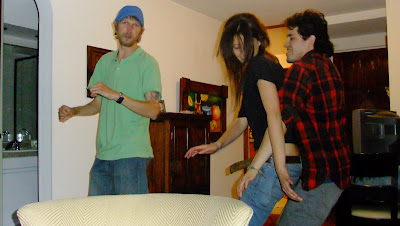 I had deliberately played Colombia by Oasis on my iPod at baggage claim. I was an hour late due to the flight mess ups. Julio surely wouldn’t still be waiting for his long lost Northern Irish friend, would he?? Well, yes he was. And it was the Northern Irish fool who, after 5 years didn’t recognise Julio Felipe at first before a sharp “Buenos Noches, como the fuck estas?” was as Colombian and Spanish as I could get. Immediately I was introduced to Sergio, a vibrant excited Colombian friend of Felipes. Another guy who, on life’s corridor you treasure the hospitality of. 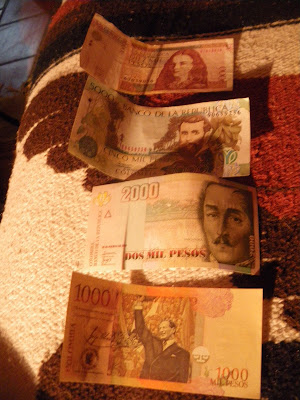 I still had 1,000 Colombian Pesos from October 2009, when Marta gave me it as a gift on my first night in Sydney. I got some change that night for my US dollars and the next day finally used Marta’s kind gift towards my first public bus ticket in Bogota. After that Sergio and Julio laughed their socks off at my idocy, were most probably amused by my Spanishness. I didn’t speak a single word of English in my first 5 minutes talking to them and we were rammed into a taxi and orientated to somewhere in town. 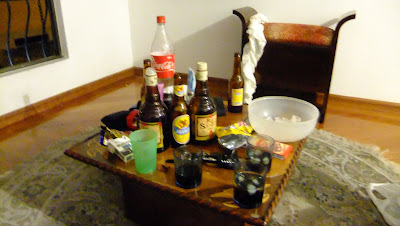 “We’re going to a party” was all the information Felipe offered me. And too right. Colombians do party and they make you feel ashamed if you’re not part of it. Tobacco, alcohol and cannabis were all freely available. Come on, in Colombia what else would you expect. Certainly not a first night of Bible readings and coffee. They’re intelligent enough to export their best coffee, reeeling in the pennies while the Bible here is so sacred that even the most ardent hard bastard (forgive that word) goes to Church. Catholicism is very wide spread. 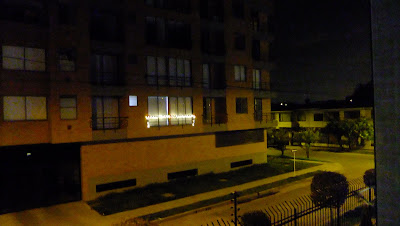 So from Bogota Airport we got a taxi to Margarita’s place and I was finally in Colombia. It feel good. Belfast was difficult to walk round at night. Bogota was a piece of piss, but in daylight. And therein may lie your cultural difference. Es no moy segura. But go there and do it. And get a friend to meet you at the airport. 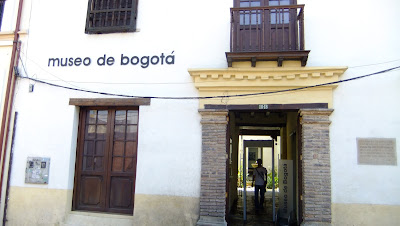 Is it safe? Make your own mind up, I was rocking in Bogota’s high city…

AT MARGARITAS IN BOGOTA: