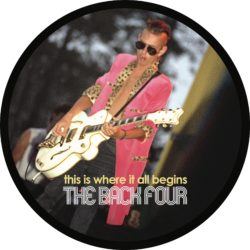 Get ready for this one. As a kid growing up in Northern Ireland, I watched football incessantly. At the 1982 and 1986 World Cups, Northern Ireland excelled and took on the world, playing 8 matches and the only 3 we lost were to World Cup winning countries (France, Spain, Brazil) we even beat Spain 1-0 Read more about “The Back Four” Project Release Their New Single – This Is Where It All Begins[…]