Get ready for this one. As a kid growing up in Northern Ireland, I watched football incessantly. At the 1982 and 1986 World Cups, Northern Ireland excelled and took on the world, playing 8 matches and the only 3 we lost were to World Cup winning countries (France, Spain, Brazil) we even beat Spain 1-0 in Spain in 1982! Fast forward to 2021 and the links to those glory days are uncanny. One of my early heroes was Ian Stewart from those days. There will be more on Ian to come in my writing and blogs, but for now it’s over to Ian and his music projects!! Get ready for the 26th February 2021 and this Belfast Supergroup, THE BACK FOUR, finally release “This Is Where It All Begins”!

So, something a little different folks. Here’s the details of the exciting new debut release from The Back Four project. Don’t forget to ‘like’ their social media pages and retweet as this is all for a good cause!

The Back Four The Back Four is a Belfast ‘supergroup’ (for want of a better word!) comprised of musicians from various Northern Ireland bands. On the 26th February 2021 they release their debut single This Is Where It All Begins (B-side Kiss of Life) on Cherry Red Records 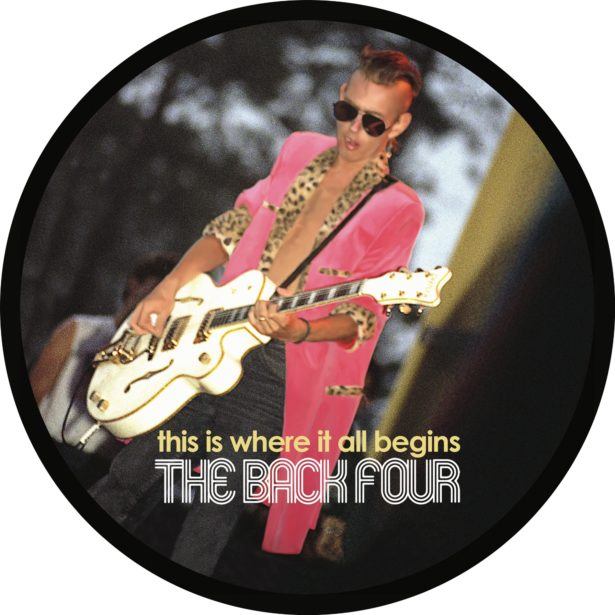 The song is a tribute to London musician Matthew Ashman, who wrote & co-wrote the tracks in the ’80s. Here is a potted history of how this collaboration came about…

Ian Stewart – Ian Stewart, a World Cup player, the match winner for Northern Ireland against West Germany and a super player at QPR, Newcastle United, Aldershot and Portsmouth is one of the men behind The Back Four project.. 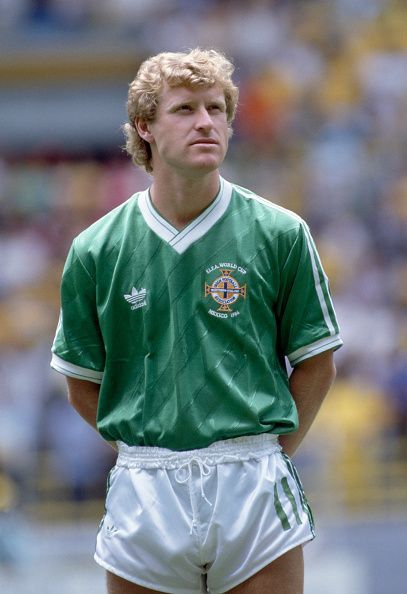 “Ian Stewart has done the trick for Northern Ireland”

Ian has always been a keen follower of the music scene, having made many friendships in the music community when he lived in London in the ’80s. In late 2019, having written some songs for football projects, Ian put a band together with his friend Philip McCarroll, who he had worked with in Sounds of NI for many years. With McCarroll on lead vocals the duo assembled some of their favourite Northern Ireland musicians, to become ‘The Back Four’… 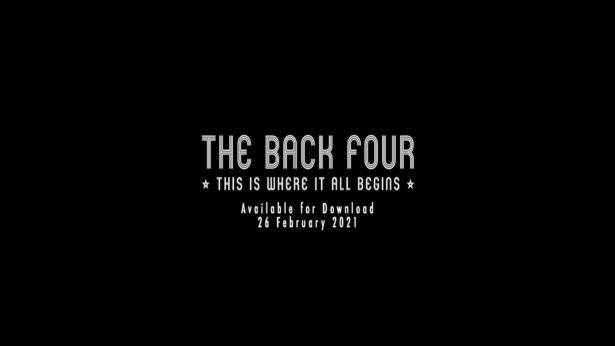 The band’s first recording – ‘Under 19 Team’ was chosen as the official Irish FA & UEFA song for the UEFA Under 19 European Championships, due to be held in Northern Ireland in the Summer of ’20, but with the inevitable cancellation of that tournament due to COVID-19, it was time to put the football songs on the backburner, and move to Phase 2 of the project…

One of Ian’s friends in his London days was guitarist/singer/songwriter Matthew Ashman (Adam and the Ants/Bow Wow Wow/Chiefs of Relief / Transvision Vamp), who sadly died in late ’95, at only 35 years old. Ian felt that his talent and songs had been unfairly forgotten, and upon discovering a cassette demo, gifted to him in 1985 by Paul Cook (Sex Pistols), buried in his garage, became determined to give these tracks (originally intended for Ashman’s then band Chiefs of Relief, who also featured Paul Cook) a new lease of life.

The Back Four got to work on updating the tunes – This is Where it All Begins (a riffy, hooky rocker that had never been released) and Kiss of Life (a supremely catchy slice of ’80s pop-rock which had only ever featured as a 7” & 12″ single B-side). Both in 2021 now see the light of day! Incredible news!

The limited-edition picture disc can be purchased at (thebackfour.bigcartel.com). The tracks can be downloaded and streamed at all the usual sites from 26/02. There is also an excellent lyric video, put together by Ian Stewart’s son

As for the future of The Back Four? Well, the football songs will still make an appearance (a hat-trick of them), and there are more tracks already in the can. Maybe even a live performance, when such things are permitted!

In the meantime, enjoy a quality ’80s nugget, given a 2021 rock sheen by these musicians…

(Diamir) – playes guitar on flipside on Kiss of Life, which I will share next week!

So get listening and supporting this super group and project during these tough times!