In my days of backpacking, I had the joy to visit Amsterdam where I visited the coffee shops and tried some hash cake. However in the UK, in 2021, you still potentially face a maximum of five years in jail for possessing cannabis.

However, many celebrities, politicians and experts have backed calls to decriminalise cannabis in the UK. In fact, more than half of people in the UK favour legalising the recreational use of cannabis and an even higher amount favour it for medicinal use. Many websites such as the Observer give good advice on cannabis legalisation and they explain in detail about some products in that niche. 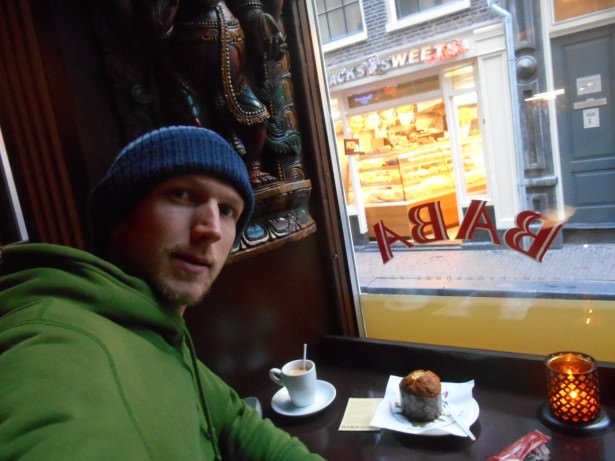 Chilled Out Backpacking: When Will the UK Legalise Cannabis?

Therefore, it’s very likely that the debate as to the benefits and the dangers of cannabis legalisation will be big across the legal world within the next decade.

It’s a question on many people’s minds; when will the UK legalise cannabis and what is the current state of this scene in the UK? Will cannabis be available to the masses any time soon? In the article below, we take a deeper look into the relationship the UK has with legal cannabis, written in collaboration with 2 Fast 4 Buds, leading cannabis seed bank. 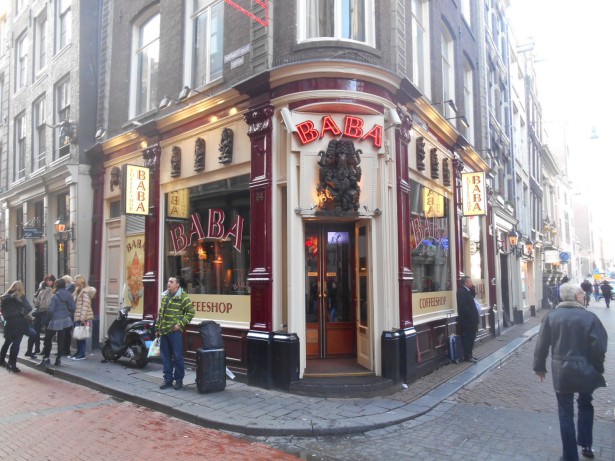 Baba – a coffee shop in the Red Light area of Amsterdam where I tried the Space Cake and Coffee.

Cannabis became illegal in the UK in 1928 as a part of the Dangerous Drugs Act of 1920. However, despite its illegality, the Home Office has reported data which shows a steady rise in the usage of cannabis.

In more recent times, public opinion on cannabis has varied. An example of this is cannabis dropping to a Class C drug under Tony Blair’s government, for it to be brought back up to a Class B under Gordon Brown.

Most recently, the Police and Crime Commissioner for North Wales, Arfon Jones, has suggested that the UK should begin regulating cannabis and that people should be allowed to grow a small amount within their own homes. During COVID of course, in areas where cannabis has been legalized, people were able to purchase cannabis products online from sites like Area52.com but in the UK things are slightly different and the law can be difficult to understand. He argued that throughout his career, violent crimes are more likely as a result of alcohol consumption rather than cannabis; yet alcohol is a legal substance? 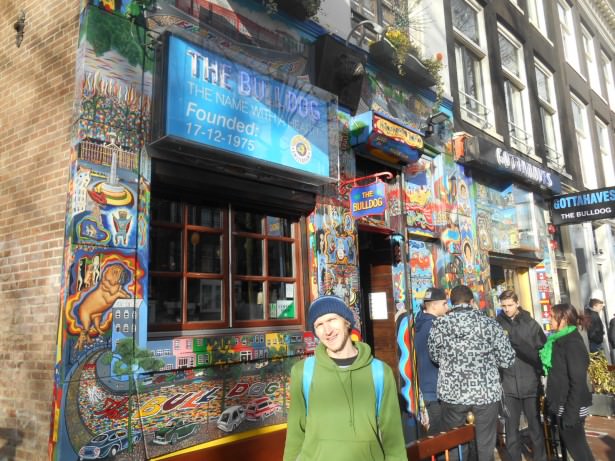 One step forward is shown in the legalisation of medical cannabis in the UK, which has been available on prescription since 1st November 2018.

What’s more, whilst it may seem strange, the UK is actually one of the world’s largest suppliers of legally grown cannabis. This is resultantly used for lab testing, producing hemp fibres and even to produce specialist animal feed. However, none of this UK grown cannabis is supposed to be consumed by humans for recreational use, though. This means that it isn’t of the same quality that is found in dispensaries in other countries, as scientists do not have the right resources to work with to produce this.

In recent years, huge amounts of research has been made into how the non-psychoactive component of cannabis, CBD could be used for medicinal use.

Now, UK doctors have been given the authority to ‘legally issue prescriptions for cannabis-based medicines when they agree that their patient will benefit from the treatment’. However, the government has emphasised that only a ‘specialist doctor’, not a GP, will be able to prescribe these ‘unlicensed medicines’.

Medical cannabis can only be prescribed on a case-by-case basis. However, patients with certain medical conditions will be more likely to be prescribed medical cannabis, the NHS states. These medical conditions include children and adults who have rare and severe forms of epilepsy, adults who have undergone chemotherapy which has caused them to vomit or suffer from nausea, and patients with multiple sclerosis whose health conditions have caused them muscle stiffness and spasms.

Though, the NHS has stated that medical cannabis would only be considered when other treatments were not suitable or had not helped.

In more recent times and since the legalisation of medical cannabis in the UK has started moving, private clinics have started taking root. These clinics offer cannabis-based therapy and care for patients suffering from chronic pain, neurological, psychiatric and other such conditions. Aside from specialising in innovative cannabis-based therapy, they also provide prescriptions of cannabinoids to patients who have exhausted all existing treatment options, where medical cannabis has been proven to deliver significant therapeutic benefit.

These medical cannabis clinics are directly regulated by the Care Quality Commission; the official regulator of health and adult social care in England.

However, with some private cannabis clinics, prescriptions can cost between £600 and £800 a month.

How Could the UK Legalise Cannabis?

However other ways in which the UK could legalise cannabis, with inspiration from other countries, include;

Throughout the coronavirus pandemic, the UK economy has shrunk by a quarter. Therefore, the legalisation and regulation of cannabis could provide multiple benefits in reviving our lagging economy in ways such as job creation, tax revenue and savings in public services.

In fact, the above benefits have stimulated the conversation surrounding the legalisation of cannabis and this has caught the attention of government officials looking to cushion the realities of a recession as a result of the COVID-19 pandemic.

Last year, a US-based private equity fund ‘Artemis Growth Partners’ acquired a British cannabis producer for £66 million. The company announced their belief that due to the financial pressures on governments around the world after the pandemic, cannabis could be legalised to make it taxable. In fact, big investors are seeing opportunistic growth in the market, potentially signalling that legalisation could not be far off.

Many countries have legalised cannabis for recreational use with a free market system, or regulated legal production. With no regulations placed on cannabis products, consumers are given a huge range of choice including over different strains and different forms. This can be very significant for medical users, given the variety of conditions and illnesses of which cannabis can treat. This will also allow recreational users to cater for their desired strength and preferred consumption.

Across Europe, we have also seen decriminalisation with regards to personal possession and cultivation of cannabis, especially in countries such as the Netherlands, Belgium, Spain and Switzerland whether they are very progressive in their attitudes towards the plant.

Decriminalisation removes the ‘criminal status’ of the drug and the consequences which come hand in hand with such status. In countries where decriminalisation has been implemented, the laws differ. In the Netherlands, cultivation of five plants or less doesn’t allow for prosecution, whereas in Portugal, personal cannabis use is legal but even for personal use, cultivation is not.

Even if decriminalisation means prohibiting cannabis as such, it does mean having a system of harm reduction and could be massively beneficial in the UK by removing the stigma of criminality and resultantly lowering costs across the criminal justice system.

This is a method of legalisation of which is used in California. If licences could be issued for the cultivation, production, possession of supply of cannabis and with these, suppliers could become official ‘Licensed Suppliers’. Following California’s chosen system could offer the UK government with significant tax revenues.

Another method of legalisation is the ‘cannabis social club’, which has in fact been spearheaded by the plant’s advocates. Following a closed production and distribution system, cannabis social clubs are prive, non-profit organisations whereby cannabis is grown and then distributed to registered members. These clubs differ from the Cannabis coffee shops seen in the Netherlands, in that they are only accessible to members.

Like Uruguay, the UK government could choose to implement a system where they have full ownership over both the supply and distribution of cannabis. In fact, this system could prevent ‘corporate cannabis companies’ from wielding too much power and distorting policy in their favour, much like today’s tobacco industry!

In Uruguay, the entire supply chain of cannabis was legalised in 2013. This means that a small number of government approved companies can provide cannabis, which is then supplied through licensed pharmacies to registered people.

What Does the Future Hold?

Whilst it is hard to put a definitive date on when the UK will legalise cannabis, it’s clear that significant attitude changes are happening amongst the wider population and the establishment. More and more people are aware of the positives of which the legalisation of cannabis will bring.

At the moment, we can look across the pond and at our European counterparts, for an insight into what legalisation could be like in the UK.

However, one thing that is apparent is that a huge number of the UK population feels as though the legalisation of cannabis could be the first big step towards ending the war on drugs. By cutting out the middleman, the street corner dealers and the crime and replacing them with a transparent, legal and fully regulated system that is safe, some huge, positive results could be seen in return. This includes substantial economic savings in terms of the police and the criminal justice system as a whole, the potential for tax revenue and not to mention the scores of social and health impacts. 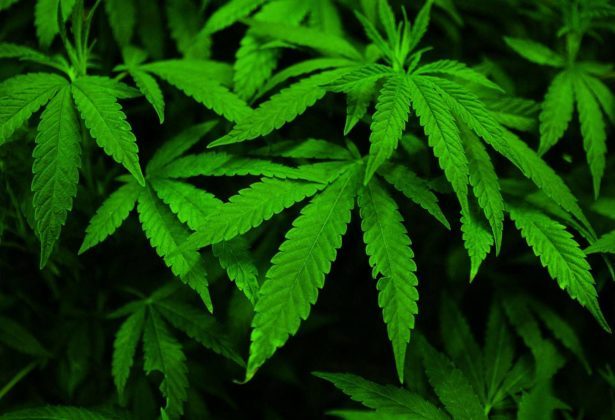 Chilled Out Backpacking: When Will the UK Legalise Cannabis?

Many other nations are realising that there are so many short and long term benefits to be had from legalising the use of cannabis and subsequently are choosing reform and deregulation and it’s very likely that the UK may follow suit.