As the world turns its attention to the Olympics in Rio this summer, why not avoid the crowds and head to beautiful Bahia instead?

This summer Brazil is hosting the Olympic Games in iconic Rio de Janeiro. This promises to be one of the best games yet, as the colourful and iconic city plays host to this exciting international event. But as the crowds descend on Rio, it’s important to remember that Brazil has far more to offer than its most famous city. Why not head north to the beautiful state of Bahia instead? This stunning location has something to offer everyone: beautiful beaches, unique cuisine, layers of rich history and wildlife galore. In this post we’ll take a look at the best of Bahia. 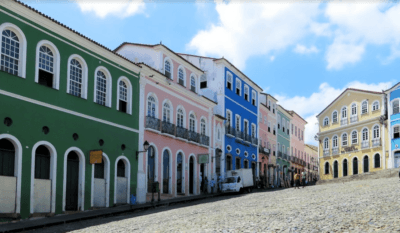 The state of Bahia is situated north of Rio de Janeiro on the Atlantic Coast of Brazil. The capital of the state is Salvador, which was once the country’s capital. Salvador is a colonial city, whose Portuguese rulers left a profound mark on its culture. Most notable is the Catholicism for which the city is famous – legend has it that the city boasts 365 churches, one for each day of the year.

Salvador’s Colonial heritage means that it’s stuffed with candy-coloured houses, museums and cobbled streets, just waiting to be explored. This Portuguese heritage combines with that of the native Brazilian Indians and the African slaves who were imported in order to work on the sugar plantations in the 17th Century. These influences create a heady mixture, completely unique to Salvador.

Bahia boasts a wide range of accommodation – from laid back beach shacks to swanky city hotels, there’s something to suit every budget. However, with the advent of sites such as Airbnb, it’s now possible to stay with locals. This is usually far cheaper than hotels, but more importantly, it gives you the chance to meet real Brazilians. If your Portuguese isn’t up to scratch, then look for a host who speaks English. Their tips and recommendations are often better than anything you’ll find in your travel guide, and you never know what friendships you might forge! 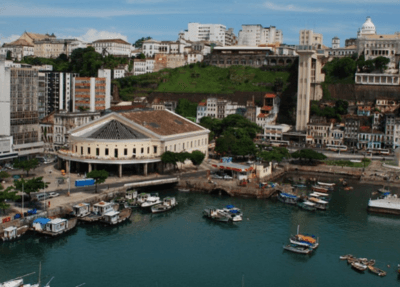 Nowhere is Bahia’s mix of cultures more evident than in the food of Bahia – this is a real haven for foodies. Think Portuguese seafood with extra chilli peppers and a healthy dose of African herbs and spices! Acaraje is perhaps the most typical snack in this area – a sort of Bahian-style burger made from black-eyed beans and shrimp. Snacks like this are served in colourful kiosks throughout Bahia. Don’t forget to wash it all down with a caipirinha!

The beaches in Bahia are world-class: white sand, clear blue water and coconut trees everywhere! There are various stretches of coastline to choose from. The Cacao Coast in the south east is named after the dense coconut groves which cover the area, interspersed with 68 miles of idyllic beaches. The Discovery Coast, however, boasts 93 miles of beaches, and a coastline which remains virtually unchanged from the time that the Portuguese first arrived. 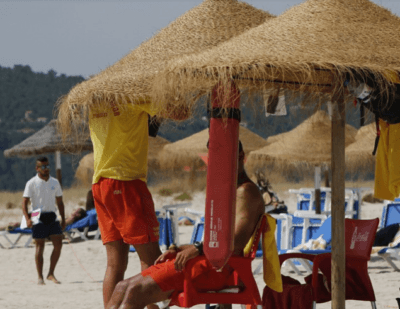 If nature is your thing, then head to the Whale Coast. Whales are frequent between July and November, when this is one of the best places in the world to view these extraordinary creatures. There are also 17 species of coral to be found in this area, while the Abrolhos Marine National Park is a must-see. Alternatively, head away from the coast to the Chapada Diamantina National Park, where the tropical climate creates a unique range of vegetation, harbouring an array of animals including wild cats and snakes.
Brazil is a safe country as long as you’re sensible – read this guide before you leave, and remember that the rules for Rio apply in Bahia.