Scientists say that the average adult needs at least seven hours of sleep each night to function properly. Staying awake for 20 consecutive hours or more can have the same impact as drinking an entire bottle of wine. Research has also suggested that even moderate levels of insomnia can have a serious impact on your health.

Yet, even though many people know they should get more sleep, it is often easier said than done.  External impacts like the environment, income, culture, or even stress associated with work or life can prevent you from getting a proper night’s sleep.  Here are 4 environmental impacts that may be unknowingly impact your sleep and what you can do to fix them.

The Link Between Sleep and Wealth

One study found that there was a link between how much people slept and how much money that made per year. Typically, those who were wealthier could afford to go to bed earlier at night or rise later in the day. Individuals in poorer nations such as Peru or Ukraine tended to spend less time in bed each day. This suggests that sleep may be considered to be a luxury despite the fact that forgoing sleep is not ideal for a person’s long-term health. 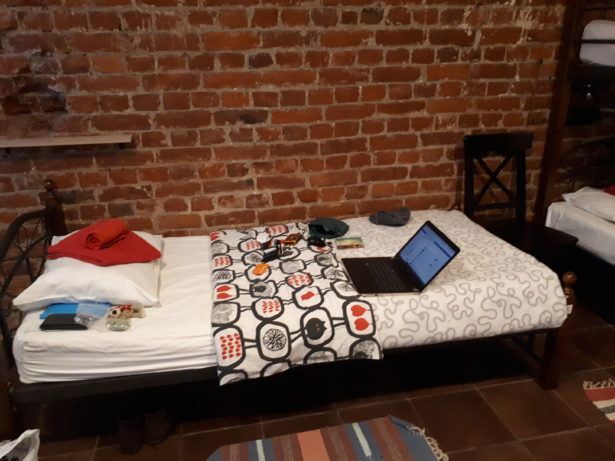 Does Where You Live Affect Your Sleep?

Culture May Play a Role

In countries such as Japan and South Korea, individuals were unlikely to go to sleep until the early hours of the morning. People who live in Japan have long had a reputation of skipping sleep in favor of working or taking part in other activities. Ironically, it is estimated that this lack of rest has reduced the country’s gross national product (GDP) by 3%.

In countries such as Saudi Arabia, residents may get up early in the morning to recite prayers or take part in other religious activities. Doing so may also prevent them from getting the full seven hours of sleep that they need each night. According to researchers, getting only six hours of sleep per night over a period of two weeks can have the same effect as staying up for two consecutive nights.

Noise Levels May Keep You Awake

Noises, even ongoing soft ones, may impact your sleep negatively. As noises happen outside, such as cars or trains, you brain continues to register the sounds and process them while you sleep. In some cases these noises can act as a trigger to wake you up, but they can also lead to an overall feeling of less satisfied sleep.

Try to reduce the noise in your bedroom especially if you live in a busy city. Consider moving your bed away from any windows and invest in heavy drapes that can help prevent the sound from spreading. If the noise is particularly bad, invest in good ear plugs or look into a sound machine that plays white noise or peaceful environment sounds like rain or ocean sounds.

What Can You Do to Get More Sleep?

The best way to fall asleep at night is to turn off all the lights in your room, and this includes computers, cellphones or tablets that may emit light. An eye mask can be a useful tool if you live in an area where light pollution is impossible to avoid. It is also a good idea to ensure that your mattress is in good condition and that it can properly support your head and neck. A quality pillow can also make it less likely that you will wake up feeling sore.