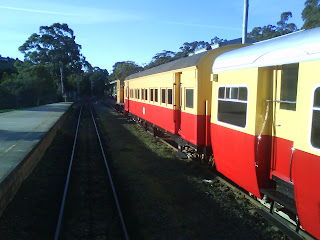 It’s sounds a bit silly if I say “I’ve always been interested in railways”, because I say that about so many things. But there is something inspiring about being onboard a train. There’s history, character, atmosphere, geography, music involved in train journeys. And Michael Palin has a series called “The World’s Great Train Journeys.” I have never seen that TV series, but I want to. 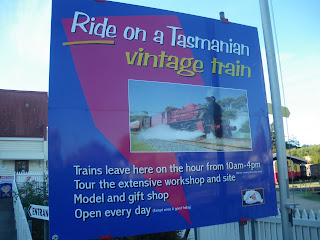 The Don River Railway is hardly famous. But it’s on the edge of Devonport in Northern Tasmania. And I live in Devonport and for four days at least I worked in a village called Don. I was planting pyrethrum there in fields up on Forth Road, which leads up into the countryside. So while in Don, the home of Don River Railway, why not? 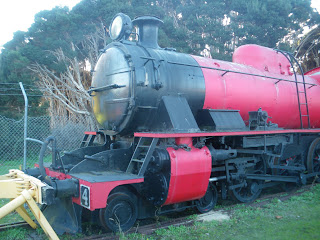 Well the cost is $15 which puts people off. It’s not a busy tourist location, you need a car to get there and it’s not actually well known. I had already been on a train in Tasmania – the fantastic West Coast Wilderness Railway (every bit as good as it’s elaborate title suggests), so this one was a bit cheaper, a bit closer to home and a bit less inspiring. 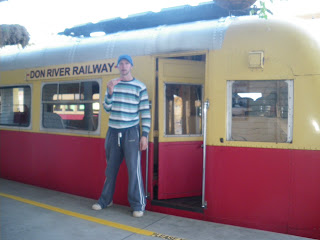 But there I was. The only passenger on a Friday afternoon, after work (finished early that day) getting the 4 pm express train from Don Village to Coles Beach. The only two stations and the only route currently served by the historic Don River Railway. So it’s more about the history than the present. 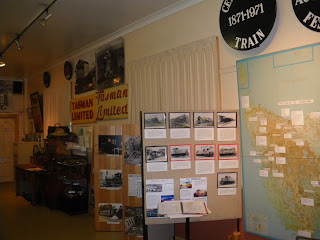 I call at reception, where i meet Geoffrey, a volunteer. They’re all volunteers working here. Very friendly and with an obvious love of trains. I pay $15 for my ticket. It’s a thick pink cardboard stub ticket. It’s a return trip. For an adult. from Don Village to Coles Beach. I’m number 0531. 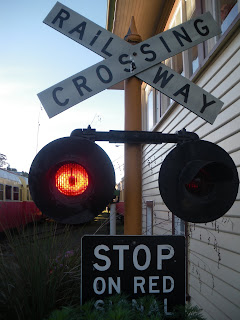 Before I board I am told that tea and coffee is free and that I am free to wander round the museum and along to the train shed where old trains are kept. I have 30 minutes before the 4 pm train departs, so I do my museum and train spotting trip, before coming back for my cup of tea with milk and one sugar. 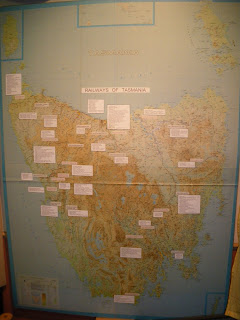 The Museum has a list of all the previous and current train journeys on the island of Tasmania. I am fascinated by how many there have been over the years. Now all that survives properly is the single solitary freight line linking Burnie to Hobart. I crossed the train lines manys a time in my car on Tasmania. The only other train lines that survive are for tourist purposes only. Like this one, Don River Railway. 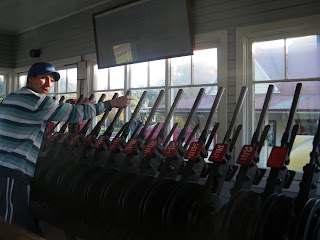 I go into the signal box and pretend to work there. I see the massive shed full of vintage Steam Locomotives. I see a few Thomas the Tank impersonators. I learn that Tasmania has 7 Touristic railway journeys, and I’ve done 2 of them. Which is enough. 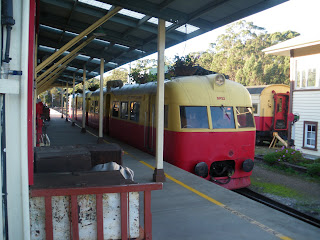 Don Village Station is pretty. It’s on the main road in Don. It looks old fashioned.The line is called the Melrose Line. The DP22 is waiting at the station. The platform is empty. My driver, Peter says “Hello” and almost means to hint “ready when you are”, but I know it’s going to leave soon. So I get on board with my ticket, my tea, my camera and my brochure of information. 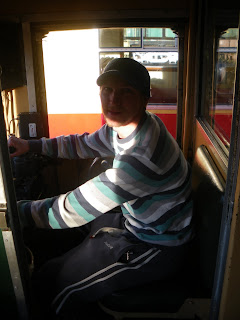 It’s a warm Autumn Day. The train maintains some of the heat of the sun. I’m the only passenger. I sit in the front carriage next to the driver. He lets me sit in the driver seat momentarily for a photo. The journey begins. You can hear the train along the track very clearly. It’s not like a modern train that goes so fast. 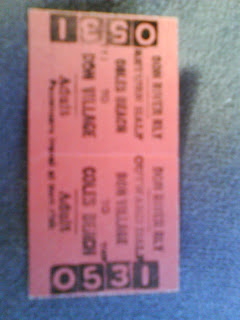 This journey is slow. The DP22 I’m on dates back to 1944. That was during the Second World War, I thought. The train still works a treat. You get a vintage experience. Peter talks away to me and answers all my questions.

We pass by the sunny picturesque banks of the Don River. The tide is out and the river isn’t high. A man walks his dog. A lady jogs by. We pass a park. The kind, that would have seen hoardes of kids playing football back in Belfast. Here, the park was empty. We pass Restoration Siding. There’s a part where pedestrians cross so they have to be on the lookout for the train. Peter sounds to say we’re coming past. There’s no-one there to cross anyway. 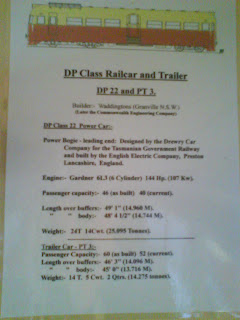 We pass Sawdust Bridge. Where there was once a sawmill, built in 1874, and sadly it was washed away in a flood in the 1890s. It was rebuilt for historic purposes by the Australian Bicentennial Project in 1988. Then there is the River Don Trading Company Building on the opposite bank. 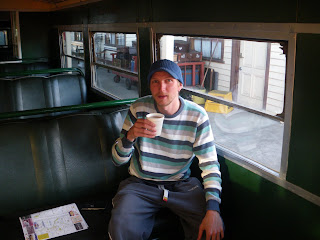 There’s a college, Don College on the right, another sports ground and we come to a halt where the train line does, at Coles Beach. This is where the approximate site of the original junction was. You see the track has been rebuilt, Peter told me, and they only rebuilt it in the 1970s, as the original track was taken apart in the 1960s. 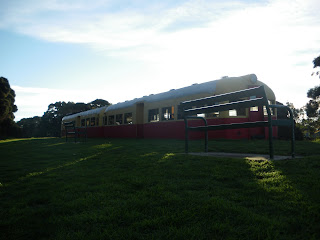 During the summer months, a picnic and a swim at Coles beach are recommended before the return train journey. I’ve been to the beach before, I’ve had my lunch, so afternoon tea onboard was enough for me. I had a walk around the area at Coles Beach, but I have been there a lot and often sleep in my car in the car park there. At night the Burnie – Hobart freight often passes by – you see there is actually a real train line nearby! 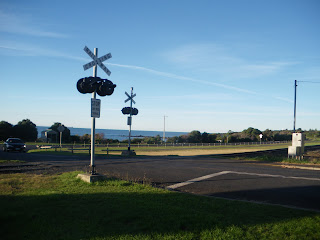 The journey there was around 12 minutes. Peter takes a break while I walk round. On the way back I go to the other carriage and sit in what appears to be first class for the homeward journey. It’s over in a flash. 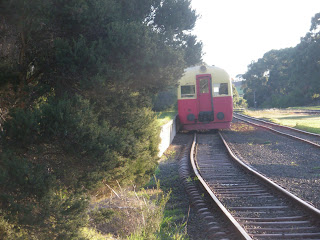 What is also confusing is that this station, Don Village is also not a real station. It has actually been rebuilt the way it was, but yet the original station was actually at the next town along, the slightly larger Ulverstone. I also noted that there was no station sign at “Coles Beach” station. I recommend they should make one. Not a bad wee journey.

ON THE DON RIVER RAILWAY:

THE STOP AT COLES BEACH:

ARRIVING BACK AT DON VILLAGE:

FOR NO REASON WHATSOEVER, DON HUTCHISON:
Join 15,017 Monthly Readers! If you enjoyed this article and LOVE travel and SAVING money, get e-mail updates from Don’t Stop Living – a lifestyle of travel! (It’s Free) 😉 Jonny